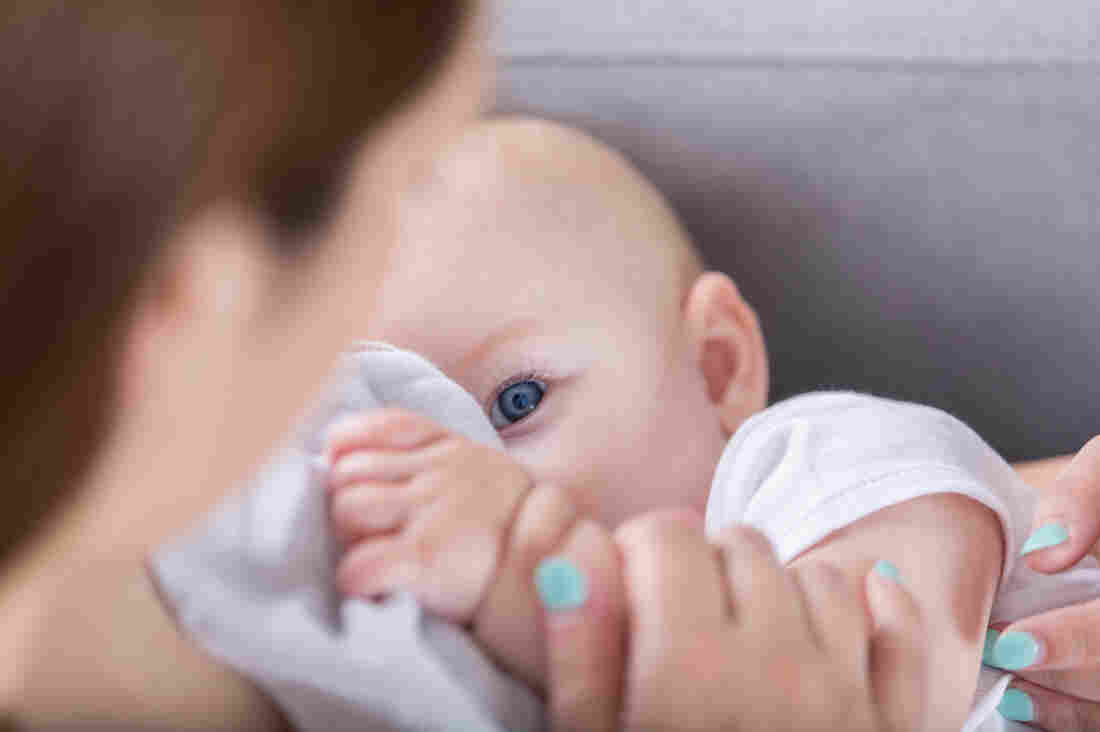 The resolution at the World Health Assembly in Geneva in May was aimed at promoting breastfeeding. Steve Debenport/Getty Images hide caption

U.S. officials made threats to Ecuador in an attempt to water down a resolution in support of breastfeeding, according to a report in The New York Times.

The news report has garnered strong reaction from the U.S. government. President Trump tweeted that it is a “Fake News story” that “must be called out.” A State Department official told NPR that “media reports suggesting the United States threatened a partner nation related to a World Health Assembly resolution are false.”

The failing NY Times Fake News story today about breast feeding must be called out. The U.S. strongly supports breast feeding but we don’t believe women should be denied access to formula. Many women need this option because of malnutrition and poverty.

The tension over the breastfeeding resolution came to a head in Geneva in May, when the decision-making body of the World Health Organization held its annual meeting for government officials and other stakeholders to discuss a range of health policy issues.

The Times story, from reporter Andrew Jacobs, details how what was initially thought to be a non-controversial resolution, aimed at promoting breastfeeding, allegedly resulted in the U.S. making threats to cut trade and withdraw some military aid from Ecuador.

The resolution “was pretty straightforward, it wasn’t a real policy reach,” Elizabeth Zehner, the director for Helen Keller International’s Assessment & Research on Child Feeding project, told NPR in an interview. She attended the meeting, and said the resolution “was really just reaffirming policies that are already in place and calling on countries to implement them.”

Ecuador was the country that initially planned to introduce the resolution – until it suddenly backed out. “It was supposed to go to the floor, and then Ecuador pulled it and it was very confusing,” said Zehner, adding that other countries were approached about putting it forward but refused, apparently because they were scared.

According to the Times, “American officials sought to water down the resolution by removing language that called on governments to ‘protect, promote and support breast-feeding’ and another passage that called on policymakers to restrict the promotion of food products that many experts say can have deleterious effects on young children.”

A controversial passage apparently sought to strengthen enforcement and monitoring of the International Code of Marketing of Breast-milk Substitutes, which was originally adopted in 1981. Organizations such as Save the Children say that some major companies that produce these products regularly flout this international code. Many advocates for breastfeeding think that some companies promote certain products in a misleading way that can harm young kids.

After this period of confusion, Russia actually ended up introducing a resolution about breastfeeding. “It was Russia that stepped in and introduced the resolution, but even then the U.S. went around the sort of procedural norms and introduced a competing resolution which required sort of a two-day meeting to hammer out the differences between the resolutions,” Jacobs told NPR.

“It was very bureaucratic and complicated and in the end, the U.S. largely failed to change the resolution,” Jacobs added. He said his report is based on interviews with more than a dozen participants in the talks, and “many of whom requested anonymity because they feared retaliation from the United States.”

Such chaos is unusual at this type of meeting, according to Zehner. “It’s supposed to move pretty smoothly because all of this work has been done in advance,” she said.

The World Health Organization said it could not comment on exchanges between different delegations, but stressed its support for breastfeeding: “Exclusive breastfeeding for the first six months is one of the most effective ways to ensure child health and survival.” If all children under six months were exclusively breastfed, WHO said it thinks “about 820,000 child lives would be saved every year.”

NPR could not independently confirm that the U.S. threatened Ecuador or any other country over this resolution. If true, it’s not clear how the threats were communicated, though the Times states that an official from Ecuador claimed the U.S. Embassy in Quito was involved. The embassy did not respond to NPR’s request for comment.

So why did this resolution provoke such an apparently extreme reaction? Jacobs chalks up the U.S.’s alleged actions to its support of infant formula manufacturers.

The Department of Health and Human Services, which was the lead agency for the U.S. in these negotiations, did not speak directly to the accusation of threats. However, a spokesperson did indicate that the U.S. had differences of opinion with other countries about the original text.

“The issues being debated, were not about whether one supports breastfeeding. The United States was fighting to protect women’s abilities to make the best choices for the nutrition of their babies,” HHS National Spokesperson Caitlin Oakley said in an emailed statement.

“Many women are not able to breastfeed for a variety of reasons, these women should not be stigmatized; they should be equally supported with information and access to alternatives for the health of themselves and their babies,” Oakley said.

An HHS spokesperson added that the “resolution as originally drafted placed unnecessary hurdles for mothers seeking to provide nutrition to their children.”

Lucy Sullivan, the executive director of 1,000 Days, which promotes nutrition for children and women, told NPR that she does not agree the text would have reduced access to formula.

There were some signs even before the meeting in Geneva that there might be some pushback against the original resolution. Representatives of some corporate interests spoke out against aspects of the resolution at a listening session hosted by the Department of Health and Human Services, said Sullivan.

“The formula industry is a multi-billion dollar industry,” said Sullivan. “The fact that the Trump administration would resort to bullying tactics on this seems to speak to their sort of allergies, their opposition, to anything that restricts the marketing of these products.”

Rafael Perez-Escamilla, a professor at the Yale School of Public Health, told NPR this is part of a larger trend in the current administration “to help maximize profits at the expense of public health.” Perez-Escamilla is also a scientific adviser to the WHO on the topic of breastfeeding.

And if the report is true, he said that this incident suggests that when countries do not fall in line with U.S. policy, “they are going to go after them and penalize them economically for doing that.” If the incident played out the way it was presented, he said, it would show “really how irrelevant the U.S. is becoming as a key player in international forums, because it didn’t work.”