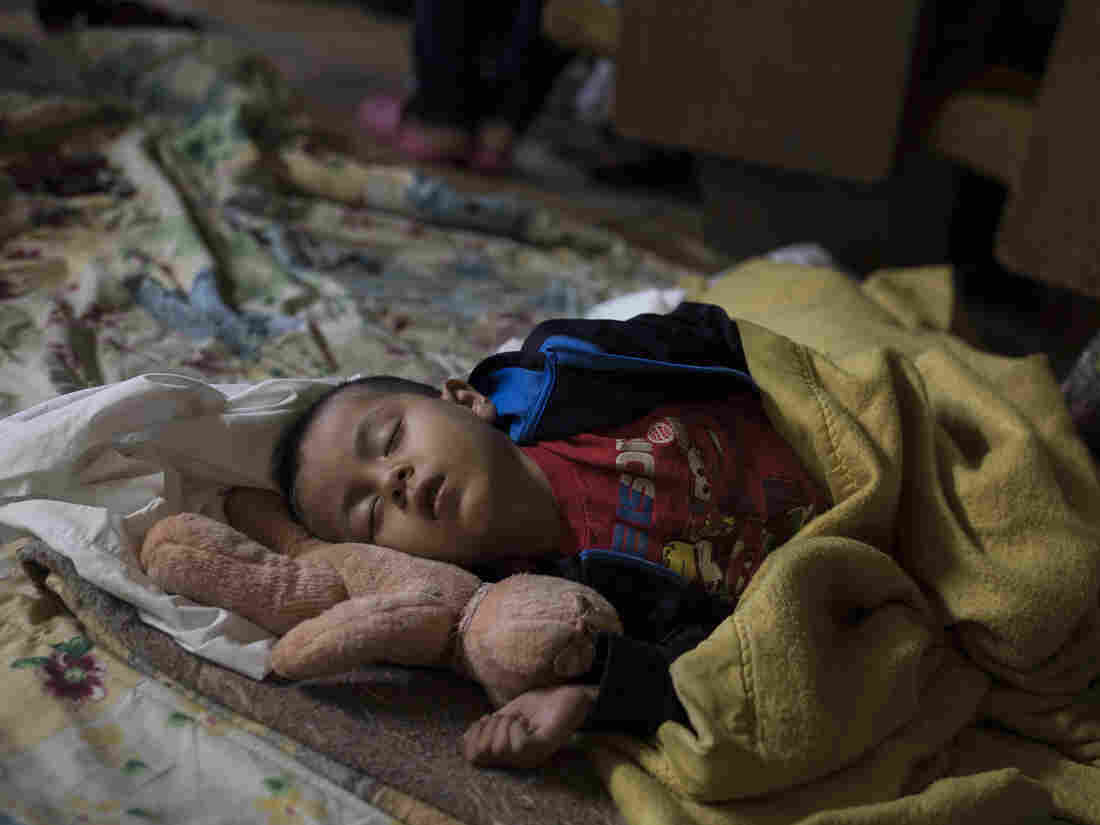 A Central American child who is traveling with a caravan of migrants sleeps at a shelter in Tijuana, Mexico, on April 29, 2018. Hans-Maximo Musielik/AP hide caption 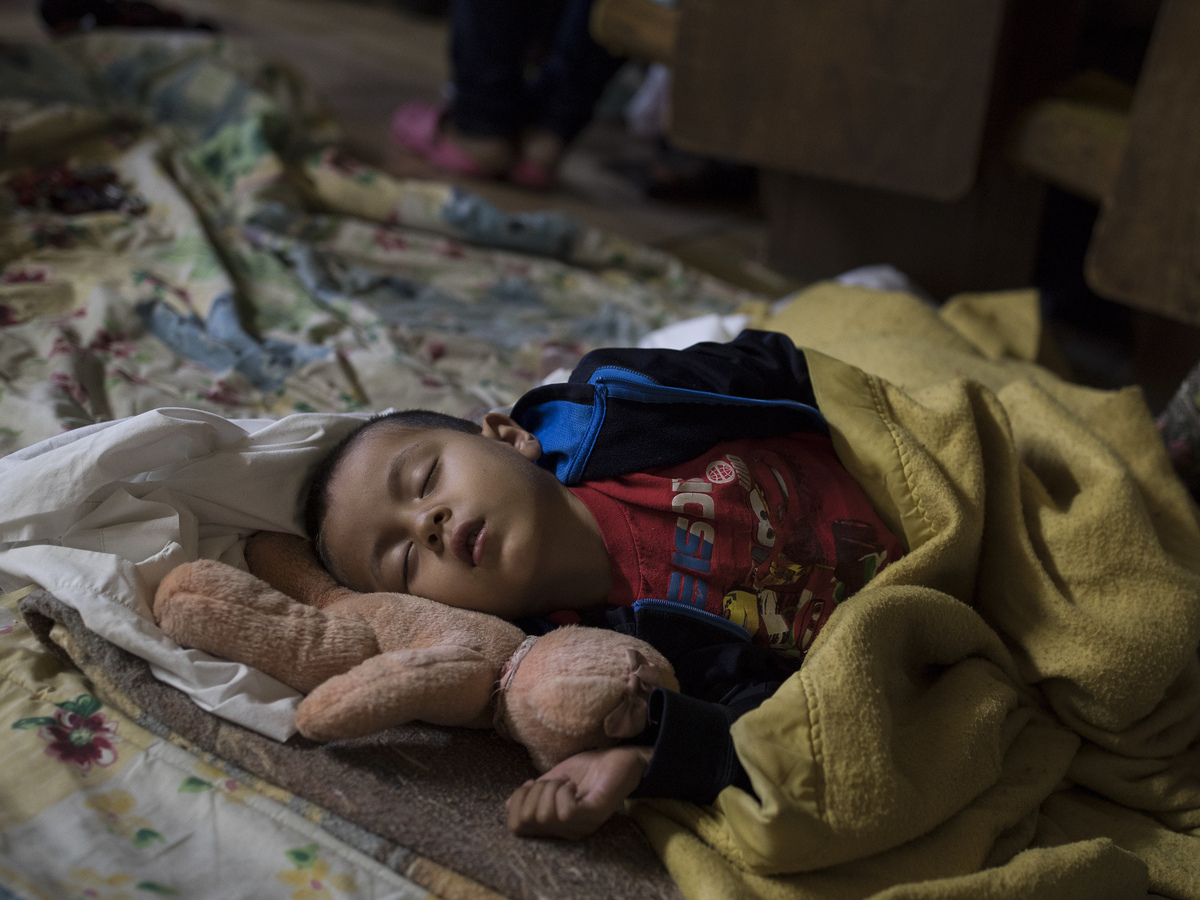 A Central American child who is traveling with a caravan of migrants sleeps at a shelter in Tijuana, Mexico, on April 29, 2018.

The Department Homeland Security says 1,995 minors were separated from their “alleged adult guardians” at the southern border in just over a month-long period.

A DHS spokesman said the separations occurred between April 19 and the end of May under the administration’s relatively new zero tolerance policy, in which parents have also been arrested.

The Trump administration’s practice of separating migrant children from their parents at the southern border has brought attention to a little known government agency. The Office of Refugee Resettlement is responsible for finding homes for unaccompanied migrant children, the ones who attempt to enter the country without their parents. Now the agency also has to shelter the ones the government has separated from their families.

The government says more than 10,000 children are in shelters run by the Office of Refugee Resettlement. The ORR is part of the Department of Health and Human Services.

In the Obama administration, the ORR was overseen by acting assistant secretary Mark Greenberg. Greenberg, now with the Migration Policy Institute, says there is a careful process to determine how to place unaccompanied children, most of whom come here from three countries — Honduras, Guatemala and El Salvador. The agency, he says, “initially seeks to determine if the child has a parent in this country, and if not a parent a close relative, and if not a close relative a more distant relative or a family friend.”

Until a sponsor is found, ORR relies on a network of 100 shelters in 14 states to house the children.

Greenberg says those separations make it more difficult for ORR to place the children, “because their parents are being incarcerated or otherwise held.”

Another new policy will make it even more difficult to reunite children with their families. The Trump administration is now fingerprinting family members wishing to take in the unaccompanied children, and it wants to share other information it has about the children’s families with the Department of Homeland Security.

ORR did not respond to a request for an interview.

Acting HHS Assistant Secretary Steven Wagner outlined the policy in a recent Senate hearing, saying “we’re going to give potential sponsor information to DHS so that they can provide their input based on all of the information that they have available,” which he said will “improve the quality of our decision making about the appropriateness of the sponsors.”

Sen. Kamala Harris, D-Calif., asked Wagner if the intention was for DHS to then “enforce immigration laws.” Wagner said that while his agency had no such intention, DHS has “their job to do.”

Sharing information with DHS, which oversees Immigration and Customs Enforcement, or ICE, will likely mean parents and family members in the U.S. illegally will not come forward for their children, fearing they’ll be arrested — leading to longer stays for the children in the ORR shelters.

Michele Brane, director of migrant rights and justice at the Women’s Refugee Commission, says sharing information with DHS is “going to discourage people from coming forward to pick children up and take them into their care.”

Brane says that may also discourage children from giving all the information that they are aware of to the social workers and the employees who are trying to reunify them.

“Ultimately,” she said, “what that means is that children will be put into riskier situations or they may remain in custody for much longer.”

Some clergy and civic groups agree. The American Civil Liberties Union has called on DHS to reverse its plan to adopt the new information sharing rules and to “do what is truly in the best interest of children.”