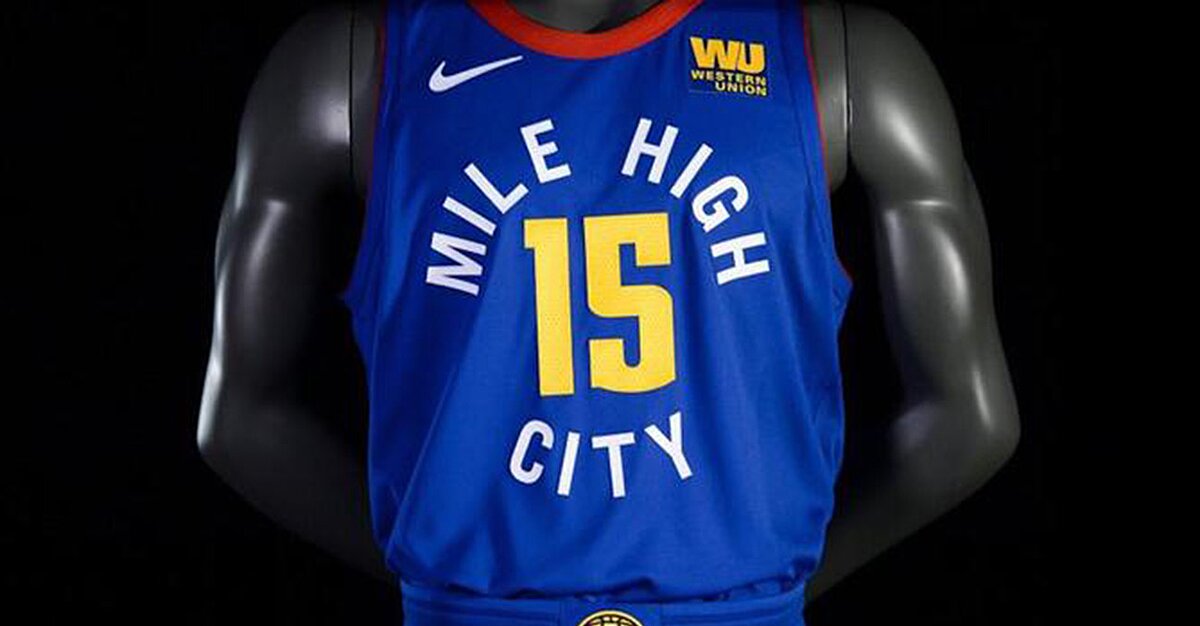 While the rest of the basketball world was tuned into the rout that is turning out to be the NBA Finals, the Denver Nuggets decided, why not unveil new uniforms for next season.

And that’s exactly what they did, revealing different looks that the team will sport next season.

The Nuggets will have new color palettes with five different logos on the uniform.

The uniform will continue to have a Western Union logo, as they are the official patch partner of the team. Western Union is based in Englewood, Colo.

The Nuggets said the new look acknowledges “the team’s past, while concurrently looking forward and identifying the transformation of the Mile High City.”