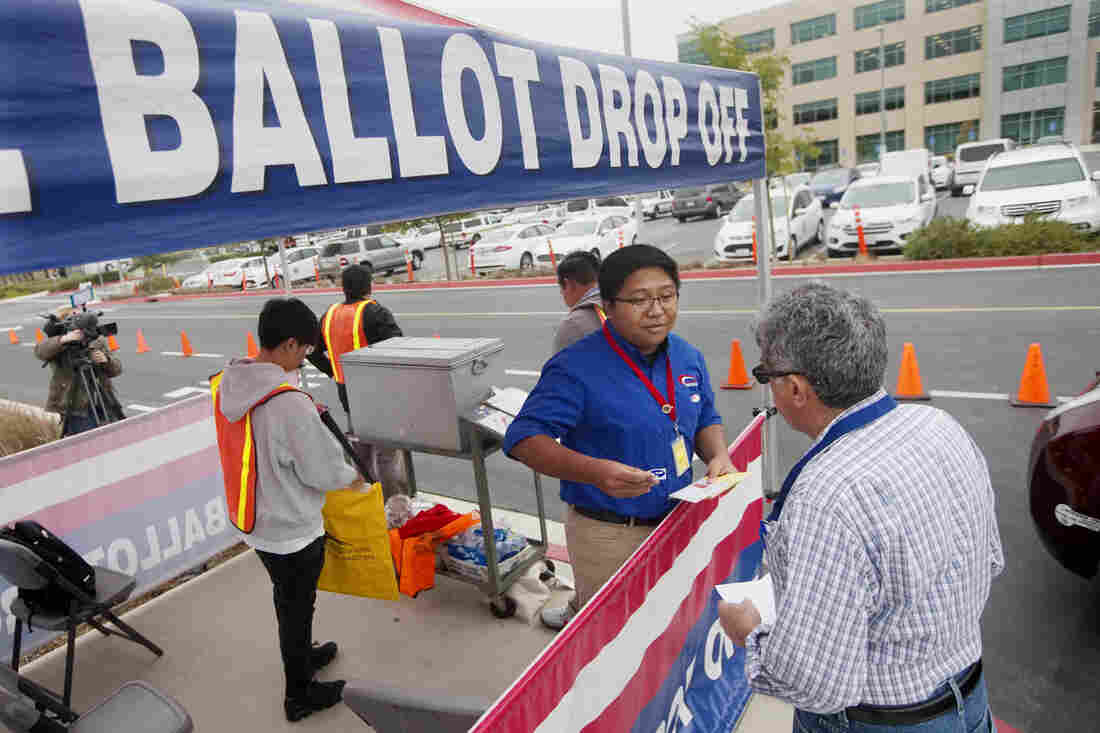 Motorists in San Diego drop off their ballots Tuesday at the Registrar of Voters. Eight states, including California, held primary elections on Tuesday, and there were several highly competitive races, including for governor and U.S. House and Senate seats. Sandy Huffaker/Getty Images hide caption 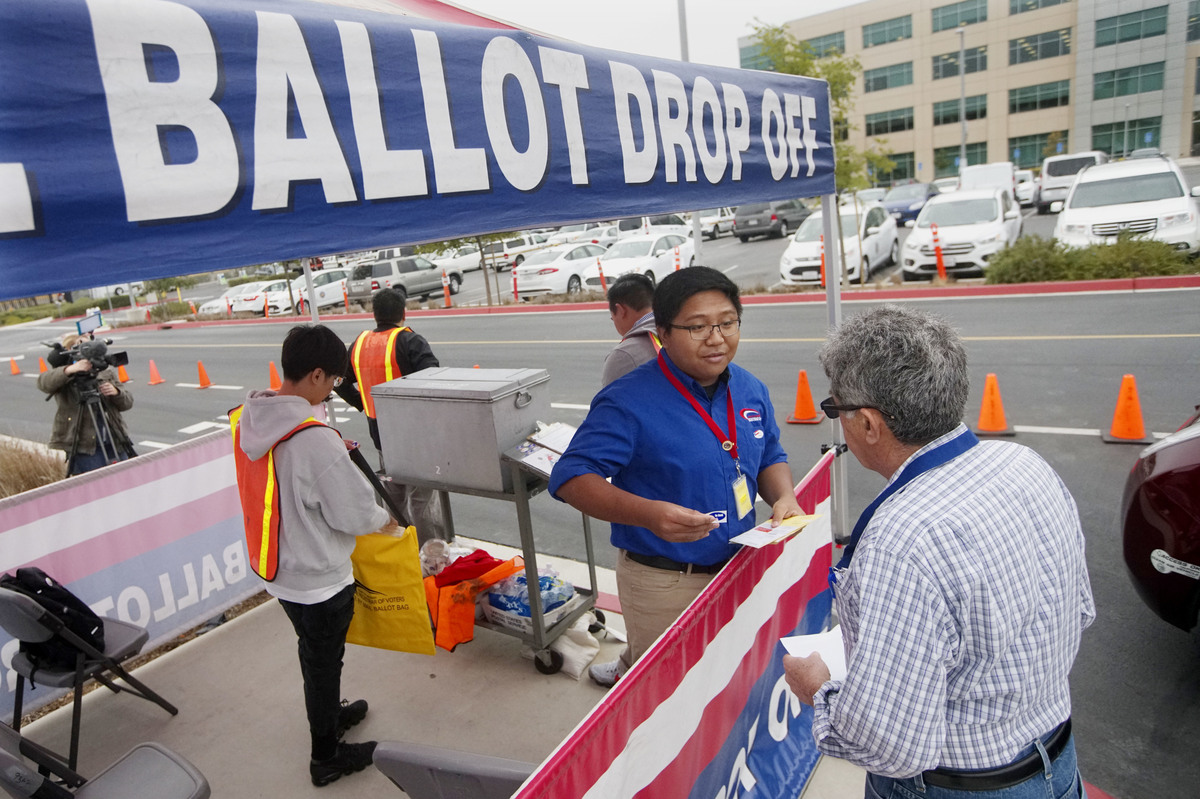 Motorists in San Diego drop off their ballots Tuesday at the Registrar of Voters. Eight states, including California, held primary elections on Tuesday, and there were several highly competitive races, including for governor and U.S. House and Senate seats.

Voters went to the polls Tuesday in eight states — California, Mississippi, Alabama, New Jersey, New Mexico, Iowa, Montana and South Dakota — in the biggest primary day of 2018 to pick nominees for Senate seats, governor, and several key congressional races that could decide control of the House of Representatives this fall.

Many of these Southern California districts are crowded with Democratic candidates. In California’s unusual top-two primary system, all of these Democrats and Republicans are competing on the same ballot. The top two vote getters advance to November, regardless of party affiliation. Democratic leaders are worried the large Democratic fields will spread out their party’s votes, allowing two Republicans to advance in some of these races and taking away what should be competitive fall campaigns.

The Democratic Congressional Campaign Committee and other national groups have spent millions of dollars trying to stave off a November shutout in the 39th, 48th and 49th congressional districts.

There was good news for national Democrats out of New Jersey, though, another important state where the party is targeting at least three seats. All of the candidates the DCCC had endorsed won their nominations, including state Sen. Jeff Van Drew in the 2nd District, where GOP Rep. Frank LoBiondo is retiring, as well as former Navy pilot Mikie Sherrill in the 11th District, where House Appropriations Committee Chairman Rodney Frelinghuysen isn’t running for re-election. Those races are two of the best pickup opportunities for Democrats in the country.

While Democrats are sweating out this nightmare scenario on the local level in California, Republicans have their own top-two fears in statewide races. A crowded field is running to replace term-limited Democratic Gov. Jerry Brown, and Sen. Dianne Feinstein is running for another term. In both of these marquee races, there is a realistic possibility that Democrats’ substantial statewide voter registration edge over the GOP will lead to Democrat vs. Democrat ballots.

While Republicans would be likely to have a hard time winning either the governorship or a Senate seat this fall, party leaders are worried all-Democratic ballots would depress GOP turnout, hurting more competitive down-ballot races.

A crowded — very crowded — field is vying to replace Democrat Jerry Brown, who is wrapping up his second eight-year stint as California’s governor. Current Lt. Gov. and former San Francisco Mayor Gavin Newsom has led in most polls. Republican businessman John Cox and Democrat Antonio Villaraigosa, the former mayor of Los Angeles, appear to be fighting for the second spot on the fall ballot, along with many other candidates.

California Sen. Dianne Feinstein is one of the few moderate Democrats up for re-election this year to face a serious primary challenge from the left. Former state Senate President Pro Tem Kevin de Leon argues Feinstein isn’t doing enough to oppose the Trump administration. Feinstein has responded to the challenge by tacking to the left and led de Leon in most polls. Early returns showed Feinstein well ahead of the pack.

In Montana, Republicans are picking their nominee to face Democrat Jon Tester in November. President Trump has made Tester a top target, after the Democrat played a key role in tanking Trump nominee for secretary of veterans affairs Ronny Jackson. State Auditor Matt Rosendale and former Judge Russ Fagg are the top contenders for the GOP nomination.

National Republican Congressional Committee Chairman Steve Stivers said in a statement Tuesday night that the committee will “continue to stand behind her and are confident she’ll emerge victorious in the coming runoff.”

Meanwhile, South Dakota Rep. Kristi Noem could be the latest member of Congress to struggle this cycle in a bid for statewide office. She is seeking the GOP nomination for governor against Attorney General Marty Jackley, who has tried to tar her as part of the D.C. establishment. Other Republican House incumbents have underperformed in their races so far this year, and Idaho Rep. Raul Labrador lost his primary bid for governor. How Noem performs could show whether even being part of Congress is a kiss of death with GOP primary voters.