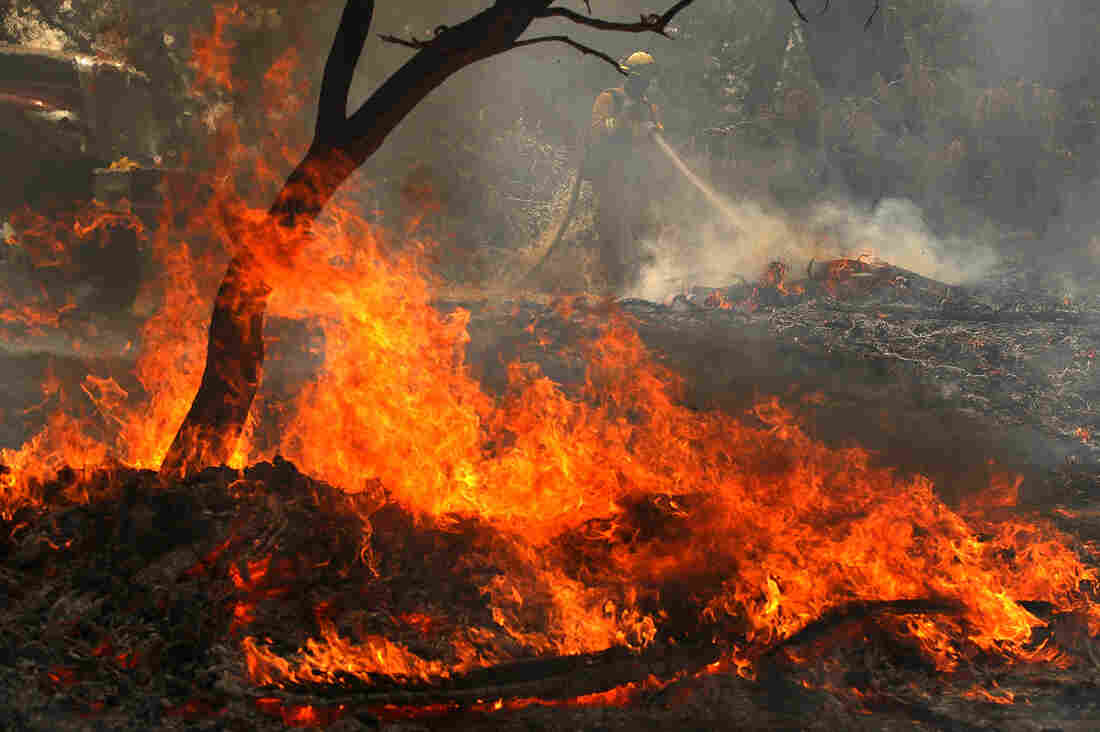 A Cal Fire firefighter mops up hot spots after the Carr Fire moved through the area on Saturday in Redding, Calif. The fire is 5 percent contained. Justin Sullivan/Getty Images hide caption 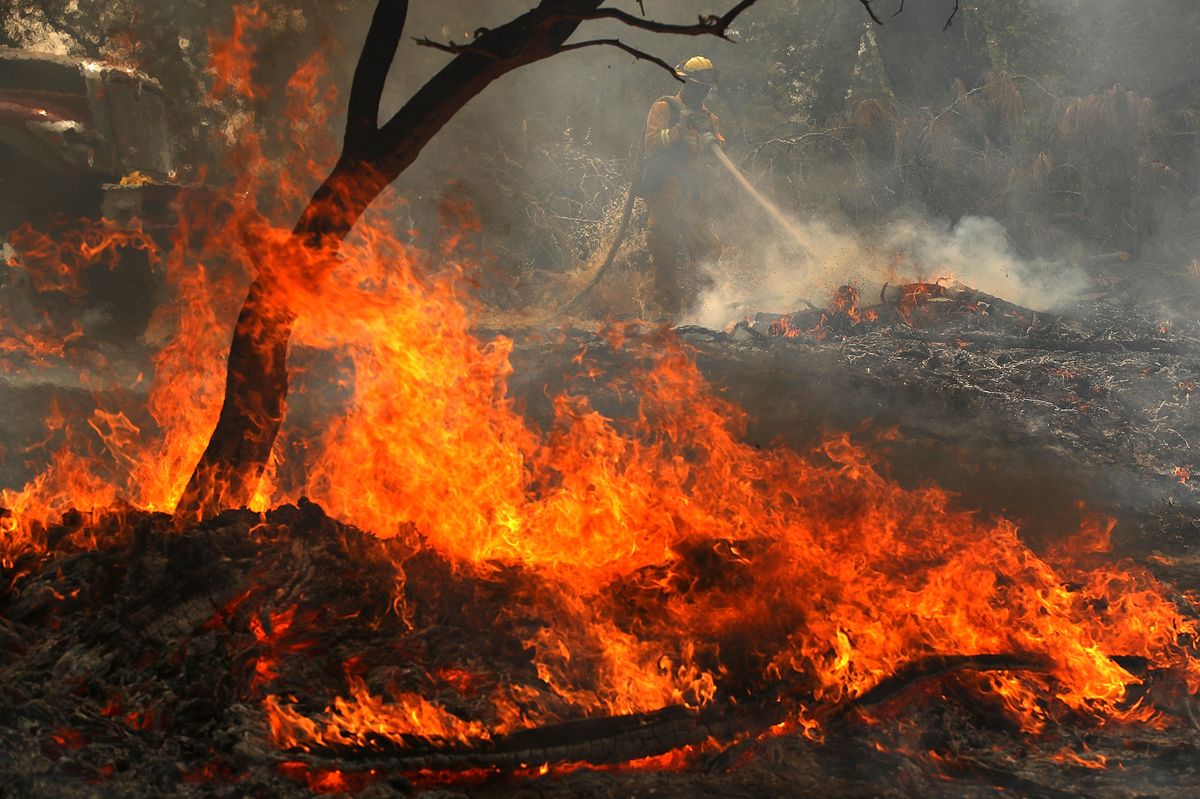 A Cal Fire firefighter mops up hot spots after the Carr Fire moved through the area on Saturday in Redding, Calif. The fire is 5 percent contained.

The death toll in the Northern California wildfire near Redding has risen to six.

On Sunday, Shasta County Sheriff Tom Bosenko said a sixth victim was found in a home wrecked in the blaze. The victim’s identity has not been released.

Meanwhile, a second firefighter has been killed in the large Ferguson wildfire near Yosemite. As NPR’s Merrit Kennedy previously reported, a firefighter also died July 14, when the bulldozer he was operating overturned in a fire in the Sierra National Forest.

Firefighters continue to battle a massive wildfire in Northern California that’s displaced at least 38,000 people since it started Monday.

After ripping through the Shasta County city of Redding on Friday, the fire’s span tripled overnight, scorching 127 square miles. The fire is only 5 percent contained, according to numbers released on Saturday by the California Department of Forestry and Fire Protection.

Sherry Bledsoe confirmed to The Associated Press the death of her grandmother, 70-year-old Melody Bledsoe, and her two children, 5-year-old James Roberts and 4-year-old Emily — all of whom had been among those missing.

“My babies are dead,” a tearful Sherry Bledsoe told the AP. Her two children were trapped with their great-grandmother after the blaze engulfed the family’s rural home near Redding.

Capital Public Radio’s Bob Moffitt documented the dreadful moments leading up to the death of Ed Bledsoe’s wife and their two great-grandchildren.

” ‘She called and she said, “You need to come home right now. The fire’s right next to our house,” ‘ he said. ‘And I said, “I’m comin’ and I throwed my stuff down and I took off and I burned rubber and got all the way up there, and then they wouldn’t let me go in there to get em.’

“His son tried too, but couldn’t see through the smoke.”

Bledsoe lost hope when he couldn’t find his loved ones at a local shelter he’d been directed to, Moffitt says.

The deaths of the three family members are in addition to two others who died Friday working to combat the flames. As NPR’s Scott Neuman and Bill Chappell reported, “a private bulldozer operator who was working on an active section of the fire had been killed.”

The bulldozer operator was identified Saturday as Don Ray Smith, 81, of Pollock Pines. Jeremy Stoke, a fire inspector with the Redding Fire Department, also died, but details of his death were not yet released.

Cal Fire ordered more evacuations Saturday around the city of Redding, home to about 92,000 people.

The state agency says the fire has destroyed at least 500 structures, with thousands more at risk.

The Carr Fire is currently the state’s largest burning wildfire. On Saturday, President Trump issued an emergency declaration for the state to grant areas affected by wildfires to receive federal aid.

Reporter Sonja Hutson of member station KQED says that although there’s more than 3,500 firefighters dispatched, they’re overworked — some have been on duty for more than 48 hours at a time.

In addition to winds, record-breaking heat and bone-dry conditions propelling the blaze, the wildfire’s unusual behavior is complicating their efforts to contain it. “I don’t know why it’s doing what it’s doing,” Cal Fire Chief Steve Crawford tells the AP. “It’s burning in every direction all at the same time. … It’s burning as if it’s got strong wind on it even when there’s no wind.”