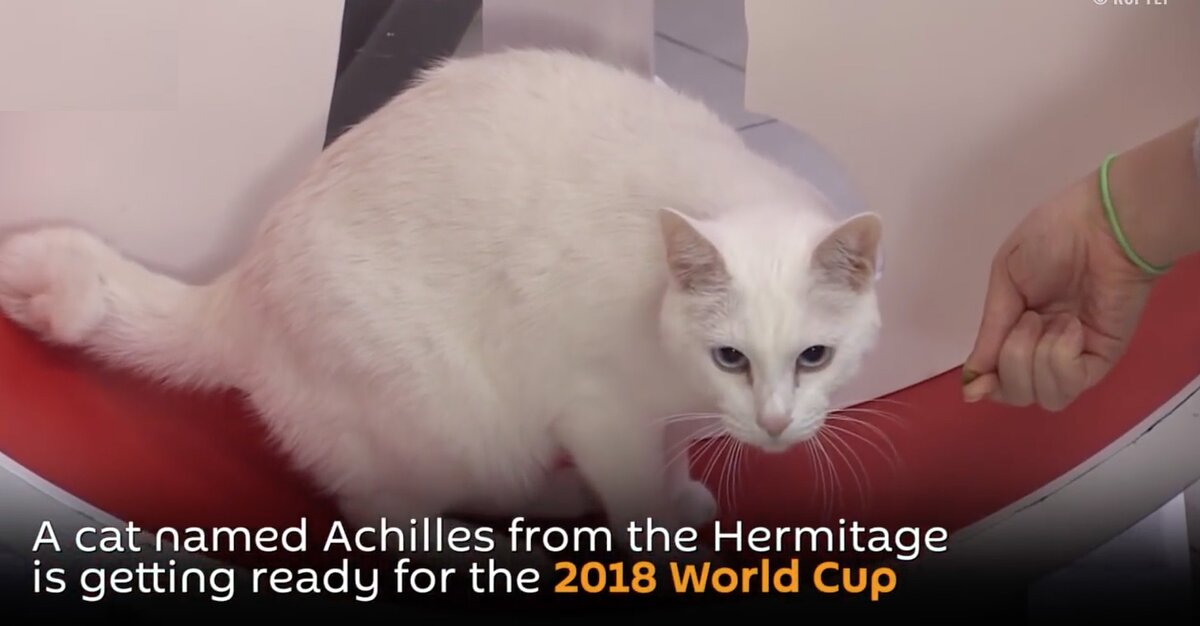 Achilles the Cat established himself as a soccer clairvoyant during the 2017 Confederations Cup.

The 2010 World Cup had Paul the Octopus, and this year’s tournament will have its own animal making picks.

Achilles, a deaf cat who lives at the Hermitage museum in St. Petersburg, will give his predictions for World Cup matches after establishing himself as a soccer clairvoyant during the 2017 Confederations Cup.

Achilles correctly predicted the result of three out of four matches in last year’s tournament, according to a museum spokeswoman. The only game he didn’t pick correctly was a draw between Cameroon and Australia. (Achilles makes his picks by eating food from one of two bowls marked with a country’s flag. Perhaps they should introduce a third bowl for draws.)

Paul the Octopus rose to fame during the South African World Cup for correctly predicting the result of each of Germany’s games, as well as correctly picking Spain to beat the Netherlands in the final. Paul, though, died just three months after the tournament. Here’s hoping that Achilles, regardless of his record picking matches, lives a long and happy life.