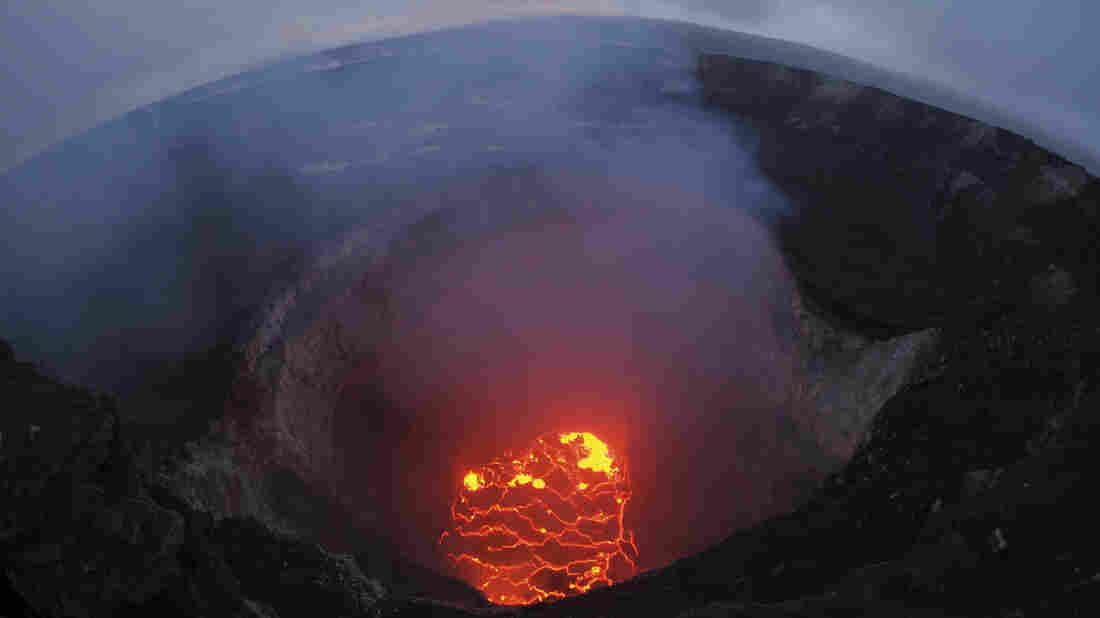 Scientists say the lava from Kilauea’s new eruption may continue to flow for months or even years. AP hide caption 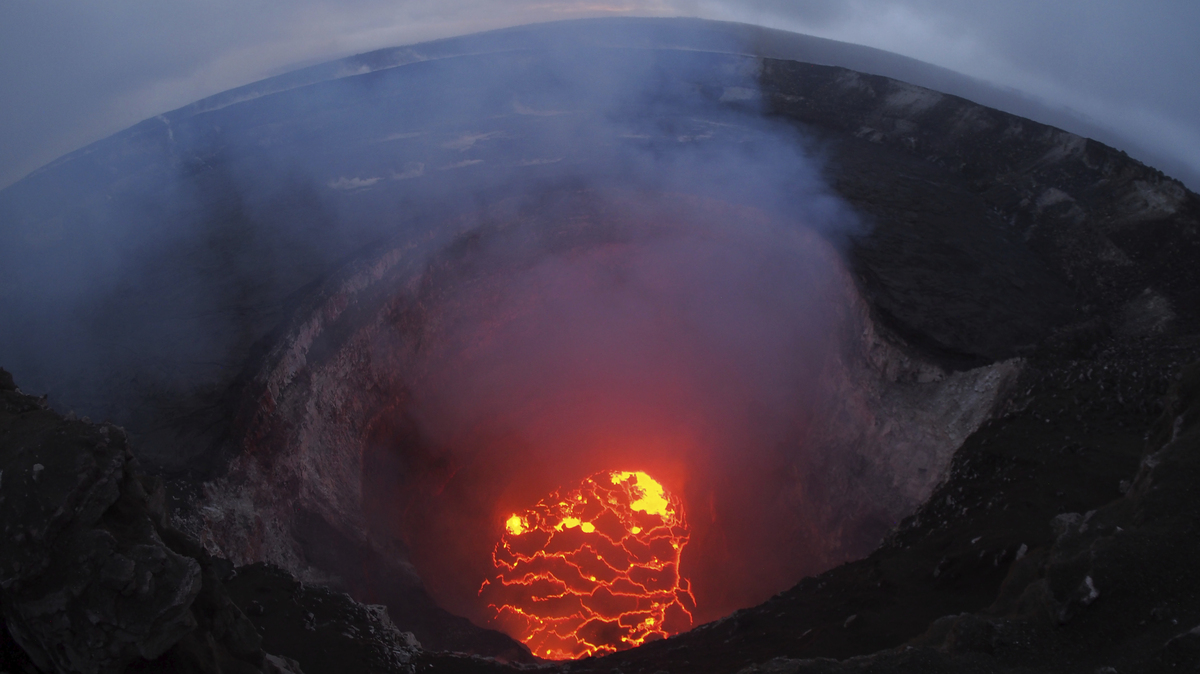 Scientists say the lava from Kilauea’s new eruption may continue to flow for months or even years.

The eruption at Hawaii’s Kilauea Volcano continues. The lava has now destroyed at least 35 structures and covered the equivalent of more than 75 football fields.

Scientists have been tracking this event since it started last week – but there are still big unanswered questions, the biggest of which is when this will end.

For more than 30 years, the Kilauea volcano on Hawaii’s Big Island has been erupting. Lava levels in the Pu’u ‘O’o crater and the volcano’s summit rose in recent weeks, says Wendy Stovall, a volcanologist with the U.S. Geological Survey. They were “inflating like a balloon, because magma was getting backed up from below,” she says.

Then last week, the magma at Pu’u ‘O’o plummeted. “The whole bottom of the crater floor dropped out and the magma completely drained away from that system,” says Stovall.

In other words — suddenly more molten rock shot up from deep inside the Earth, or there was a clog. Whatever the cause, the pressurized magma has to go somewhere. It turned away from the crater, heading underground, flowing into spaces between the rocks along what’s known as the volcano’s East Rift Zone.

That set off a series of earthquakes, including a 6.9-magnitude temblor that hit on Friday and could be felt across the island. Stovall said that by tracking the earthquakes and deformations in the ground, they could see the direction the magma was heading.

“Honestly it was pretty frightening to see where the magma was going,” says Stovall. That’s because it was headed towards a lush residential area — Leilani Estates, where more than 1,700 people were ordered to evacuate. Video on social media shows lava gushing out, destroying homes and causing havoc.

Here’s why the lava rips apart the ground, according to Denison University volcanologist Erik Klemetti: “It’s like a leaky pipe or a burst pipe, where the magma is moving down the conduit system and it just reaches a point where the pressure builds enough that you start cracking the surface above.”

There are now at least 12 of these fissures in the ground as of Tuesday in and around Leilani Estates, according to Hawaii’s civil defense.

Scientists are tracking earthquakes and the composition of gas coming out of the cracks in the ground, which hints at whether the eruption will intensify. But what will happen longer term is much more difficult to predict, says Bill Chadwick, a volcanologist at NOAA.

“We can’t really peer through the ground and see it exactly in all its details and intricacies,” Chadwick says. Scientists can’t predict when this eruption will end. “It could last days, weeks, years. All that’s possible. It’s hard to say unfortunately.”

This makes it unique from other natural hazards like hurricanes or tornadoes, where there is a clear end point, Stovall says.

Stovall adds: “As long as there’s magma supplying the system we’re expecting more of the same to happen.”

The uncertainty makes it extremely difficult for the residents of Leilani Estates to know what their future holds, which worries Klemetti.

“When a house today might look like it’s perfectly safe, it might get taken out by a lava flow five years from now if the eruption keeps on going,” he says.

At the same time, it provides what Stovall calls a once-in-a-lifetime research opportunity for scientists. “The things that we will learn in the wake of this eruption will change the way we see volcanoes for the future.”

Scientists are trying to gather as much data as possible, and she says that the information they obtain has the potential change their understanding of how this volcano functions.

And better understanding how it functions, Stovall says, could help keep neighboring communities safe in the future.