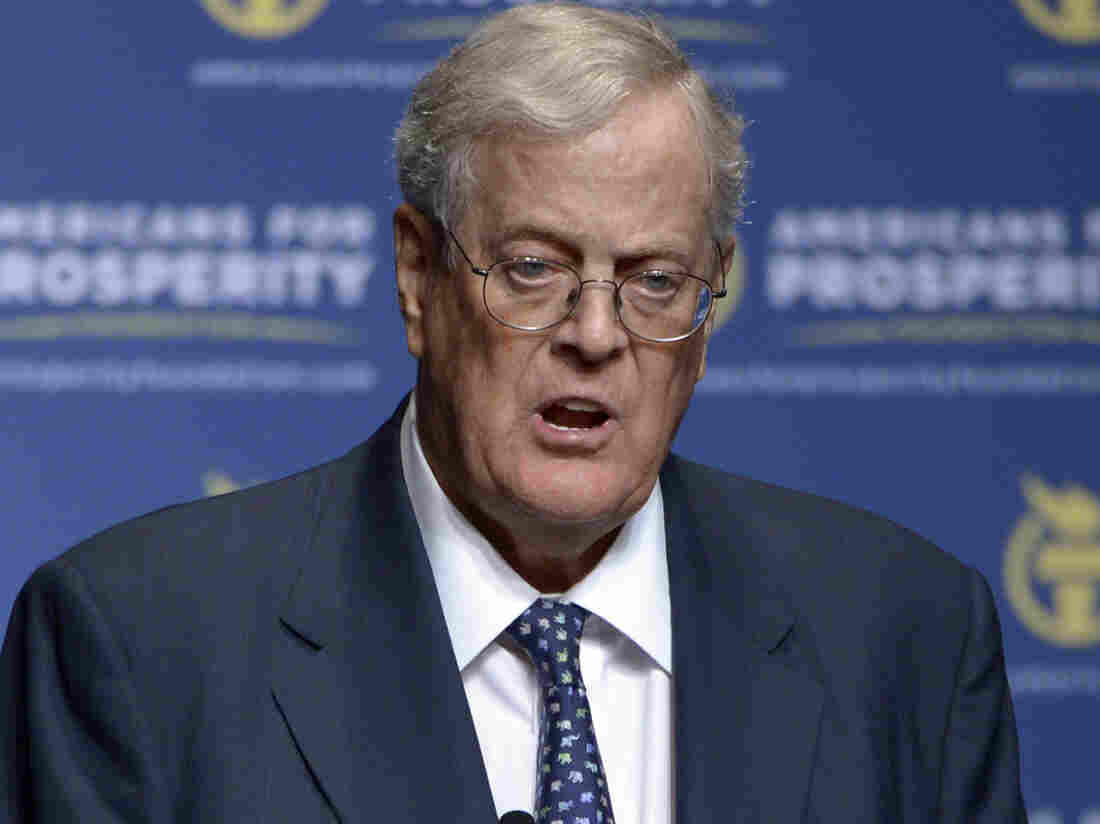 Billionaire donor David Koch has said he is stepping down from his business and political roles over health concerns. Phelan M. Ebenhack/AP hide caption 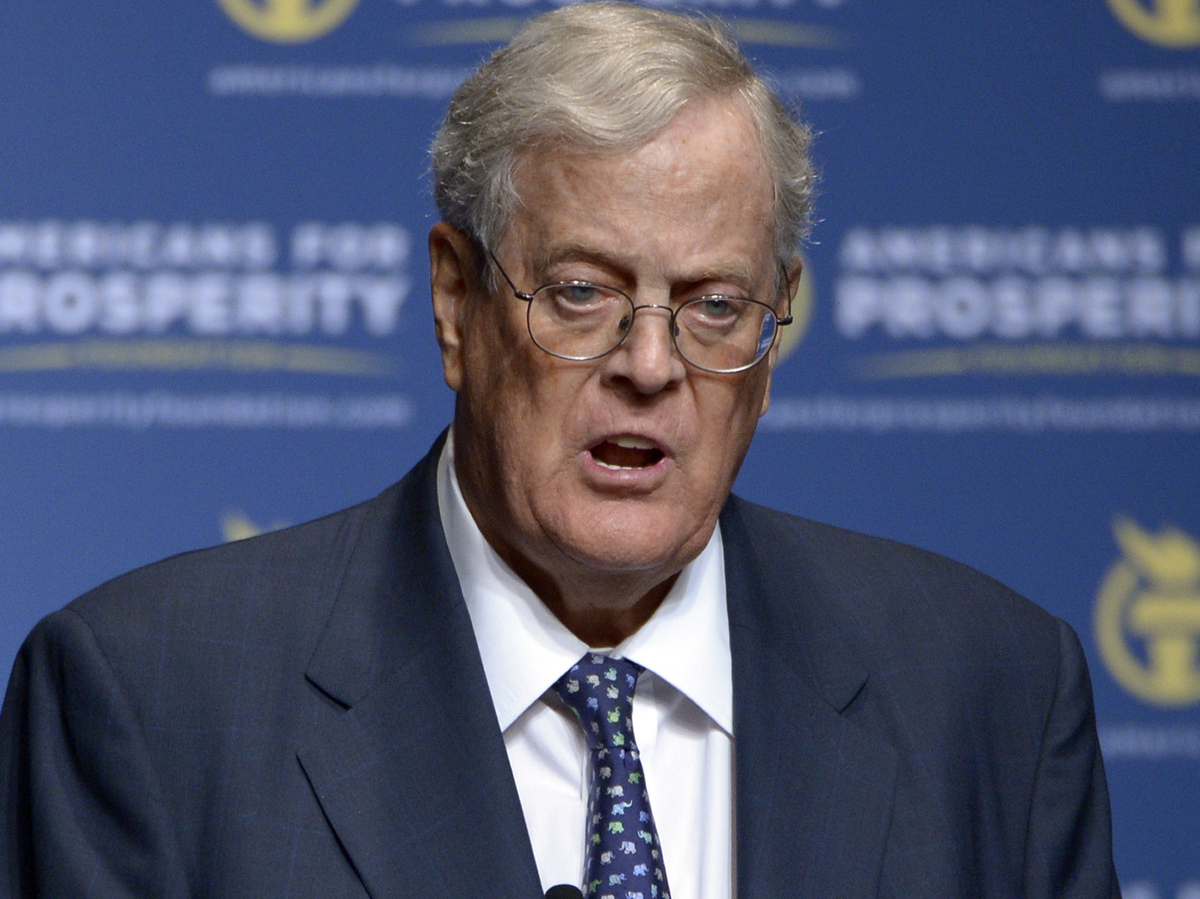 Billionaire donor David Koch has said he is stepping down from his business and political roles over health concerns.

David Koch, one half of the billionaire duo that built one of the nation’s largest privately owned companies and one of its most controversial political networks, has announced his retirement from politics and business.

In a letter to Koch Industries employees written by his brother Charles Koch, the men announced that David was stepping down due to health concerns.

“We are deeply saddened by this, as we miss David’s insightful questions and his many contributions to Koch Industries,” Charles Koch wrote. “He was instrumental in building our Chemical Technology Group 1,000-fold from a single-product business.”

David Koch was diagnosed with prostate cancer 25 years ago and was hospitalized in 2016. He has focused many of his philanthropic efforts on finding a cure for prostate cancer, including with contributions of nearly $600 million to medical research and institutions.

But Koch is perhaps better known for his work as an industrialist and his support for libertarian political causes. Koch Industries is the second largest privately held country in America, with revenue of $100 billion in 2017, according to Forbes.

The emergence of the Koch brothers as household names, especially in political circles, accompanied the rise of the tea party movement during and after Barack Obama’s campaign for the presidency.

The Kochs’ funding of libertarian, conservative and Republican causes was viewed by Democrats with disdain during the Obama era.

“What is un-American is when shadowy billionaires pour unlimited money into our democracy to rig the system to benefit themselves and the wealthiest one percent… the Koch brothers seem to believe in an America where the system is rigged to benefit the very wealthy,” then-Senate Majority Leader Harry Reid said during a floor speech in 2014.

Continued Ried: “The Koch brothers and other moneyed interests are influencing the politics in a way not seen for generations.”

David Koch is now stepping away from all of these political activities, even as his brother Charles remains the CEO of Koch Industries and a prominent voice within the Koch political network, which includes groups such as Americans for Prosperity.

That political network shows no signs of slowing down. The Koch network has plans to spend up to $400 million on politics and policy initiatives during the 2018 midterm election cycle. And in a sign about its shifting strategy, it appears to be more willing to take on the Trump administration than many other political organizations on the right.

The Koch network has signaled its willingness to challenge the president on trade tariffs; has announced that it spend money to support a Democratic senator, Heidi Heitkamp of North Dakota, for backing a deregulation bill; and sent out mailers backing Democrats who stood with them on supporting a permanent fix for DREAMers, undocumented immigrants who entered the country as minors.