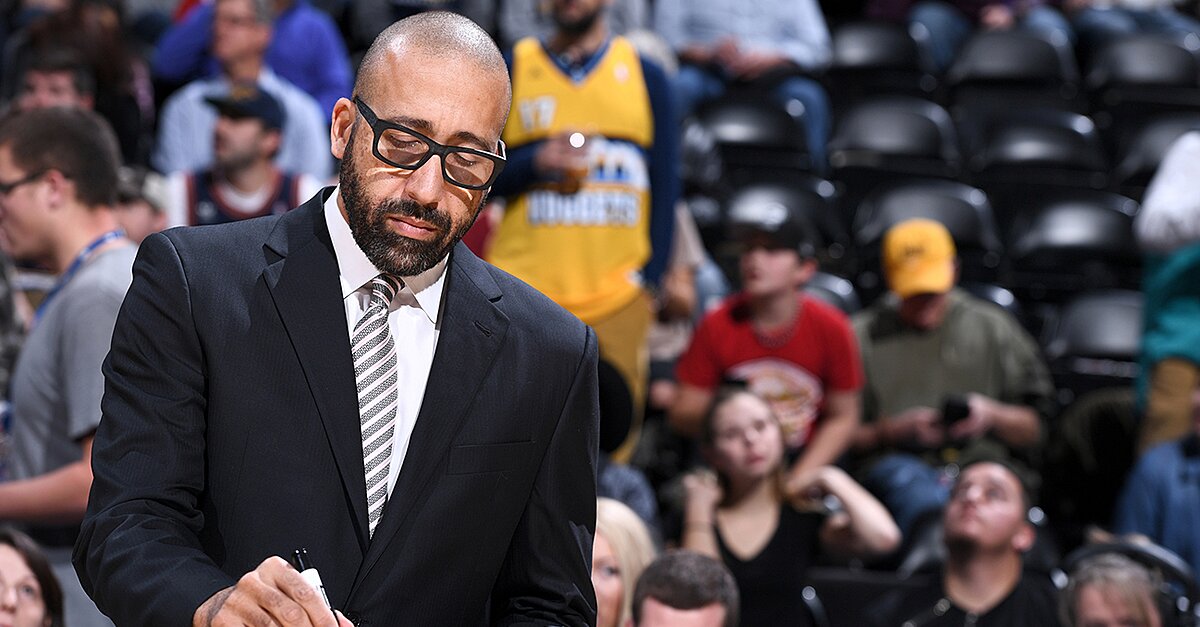 Let’s start with the good news: The Knicks made a smart, forward-thinking hire with David Fizdale on Thursday. (ESPN’s Adrian Wojnarowski broke the news first.) Fizdale is a coach beloved by players around the league, he won two titles with Erik Spoelstra in Miami and he wasn’t afraid to attempt to modernize the Grizzlies during his too-brief tenure in Memphis. Fizdale is smart, connects well with the current NBA generation and he can be an eloquent face of a franchise.

What does this all mean for the Knicks, however? Fizdale has the support of heavy hitters like Dwyane Wade and LeBron James, but it’s fair to note that he clashed with Marc Gasol at the end of his time with the Grizz. First and foremost, the Fizdale hire only works if he develops a positive relationship with Kristaps Porzingis. To Fizdale’s credit, he seems to have enough of a modern mind to deploy Porzingis—whenever he returns to full health—in the proper ways to unlock his offensive potential. Marrying Porzingis to a coach who can maximize his talents is a significant first step toward respectability.

The concern is hiring someone like Fizdale won’t cure the Knicks’ ills overnight. Will James Dolan continue not to meddle in basketball decisions? Will the front office show some restraint in handing out contracts to veterans? New York started this season with some promise when Porzingis was playing at an MVP level. His injury revealed the roster is still starved for youthful players with potential (outside of Frank Ntilikina).

You could argue Jeff Hornacek was a great hire for New York at the time. Hornacek did an impressive job leading his Phoenix Suns team to 48 wins in 2014. He was hamstrung immediately in his first year with the Knicks, asked to work in the since-departed Phil Jackson’s triangle offense into his schemes. Hornacek never seemed to have full support from the front office, who also kept Kurt Rambis around to oversee the defense. In Fizdale’s favor, current team president Steve Mills should be significantly less overbearing when compared to the Jackson regime. But with the Knicks having 11 coaches in the last 16 years and five in the last seven, it’s seemingly never simple with this organization.

It will come down to patience for the Knicks. The 76ers and Brett Brown are a good model of what can happen when a coach has the full support of a front office willing to let him grow through a rebuild. If New York is willing to accept another season or two of lottery basketball, Fizdale can put his imprint on the team while the front office collects the talent necessary to compete. If there are unrealistic expectations for Fizdale to field a contender right away, that’s when we may see the typical Knicks stories come out, tales of dysfunction and mistrust that ultimately lead to a poor on-court product.

Right now, the Knicks are saying all the right things about the state of their roster, and seem to understand it will take a couple years before the team can compete in the East. If Fizdale is given time, he’s more than capable of patching together a feisty squad when Porzingis is surrounded with the requisite talent. We’ll have to wait and see if the Knicks have the self-restraint to see the plan through.