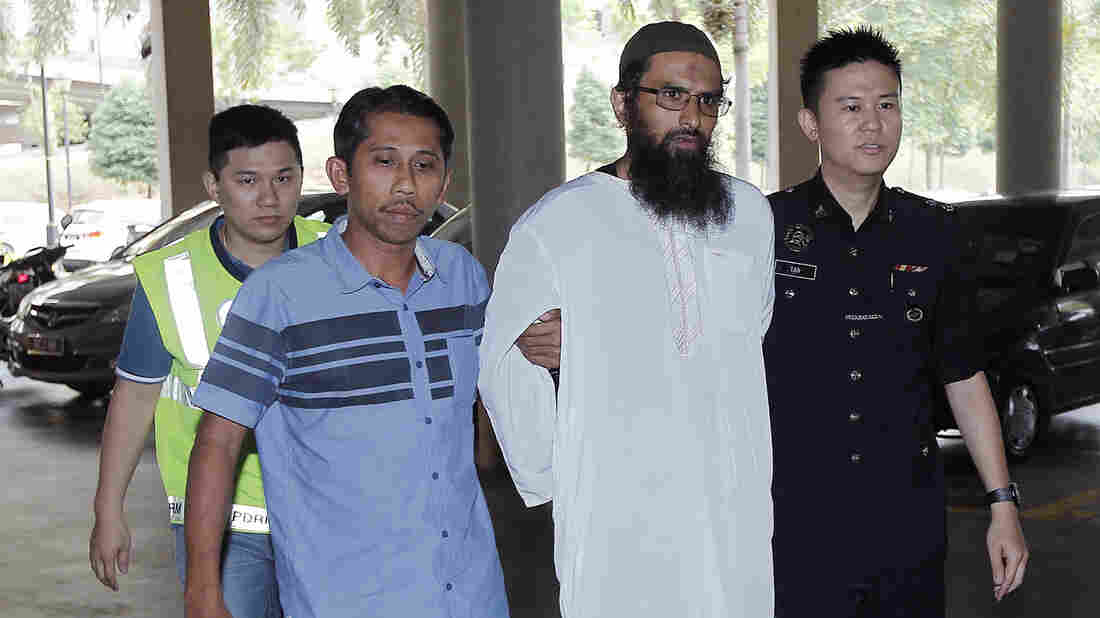 Danish national Salah Salem Saleh Sulaiman (second from right) is escorted by police on Monday as he arrives at a courthouse in Kuala Lumpur, Malaysia. AP hide caption 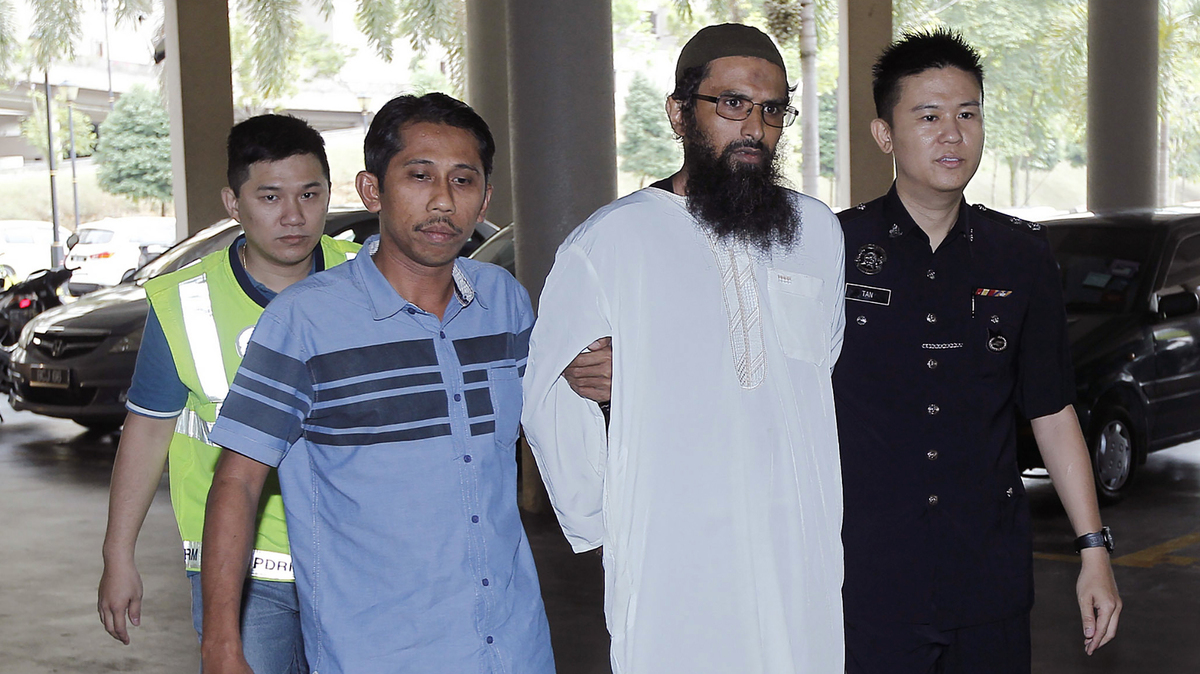 Danish national Salah Salem Saleh Sulaiman (second from right) is escorted by police on Monday as he arrives at a courthouse in Kuala Lumpur, Malaysia.

A Danish citizen in Malaysia has pleaded guilty to maliciously publishing fake news by posting a YouTube video critical of police, making him the first person punished under the country’s new, controversial Anti-Fake News Act.

Salah Salem Saleh Sulaiman, 46, is a citizen of Denmark. He posted on YouTube on April 21, after a Palestinian lecturer was shot and killed in Kuala Lumpur.

In the video, Sulaiman “claimed he was with the Palestinian victim during the shooting and made countless calls to the police who arrived the scene 50 minutes later,” Malaysia’s The Star reports.

But police say their records show that a patrol car was on the scene eight minutes after the shooting, according to Reuters. Sulaiman was charged with maliciously publishing fake news.

Sulaiman, who did not have a lawyer, pleaded guilty. He was fined just over $2,500, but because he could not pay the fine, he will serve a month in jail, Reuters says.

“[He] said he was a visitor, having only been here for 10 days and did not know that Malaysia had such a law,” the Star newspaper reports. “However, he admitted it was a mistake and apologised for any hurt that the video may have caused.”

Malaysia’s Anti-Fake News Act, which was passed earlier this month and swiftly went into effect, has been widely criticized for allowing the possibility of censorship.

The Southeast Asian Press Alliance, writing before the law was passed, said it was “another weapon for the Malaysian government to control the press,” noting the risk of criminal consequences for reporters who make errors, as well as the possibility of using the law to suppress critical opinions from satirists or opinion writers.

But it’s not just journalists who are affected — as Sulaiman’s case makes clear.

As CNET notes, the law makes it illegal to share fake news, as well as to create it, leaving people vulnerable to prosecution for, hypothetically, a retweet. It also applies to people outside of Malaysia, if they are creating or sharing news about a Malaysian person.

And what qualifies as “fake news”?

The definition “is very broad,” international law firm Baker McKenzie advised. “In the absence of judicial interpretation, the practical scope of the provisions of the Act is yet to be seen.”

YouTube videos qualify, as the first case shows, but it’s not yet known what else might be included.