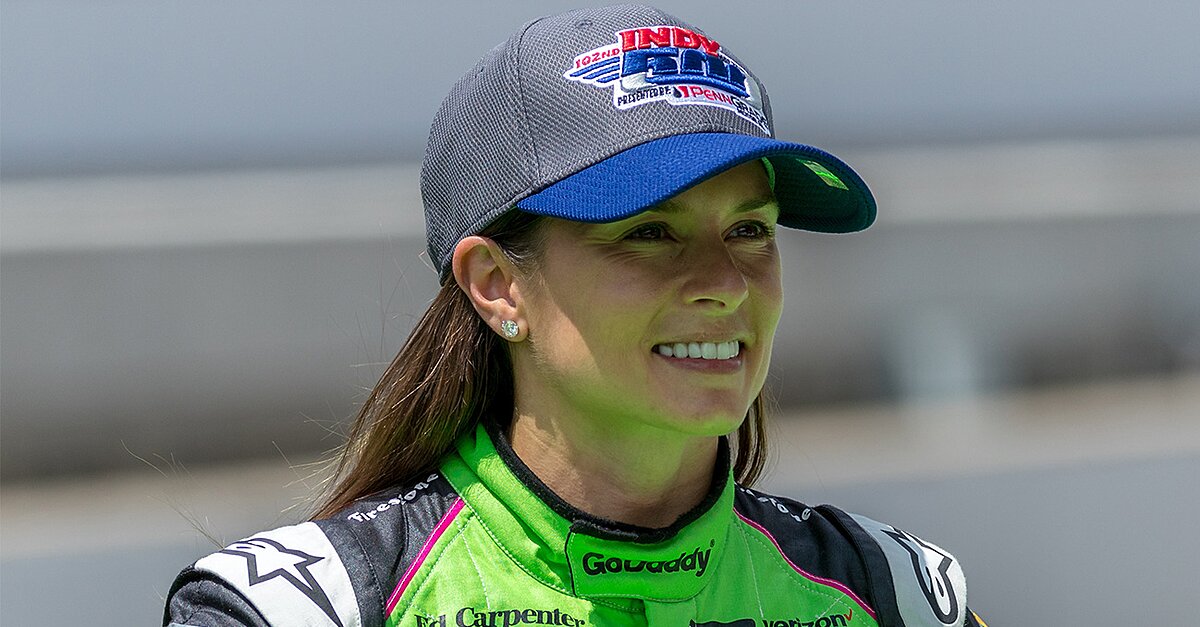 How Danica Patrick feels going into her final Indy 500.

Danica Patrick entered the national spotlight in 2005 during her Indianapolis 500 debut. She made IndyCar history that year by becoming the first woman to lead laps in the race, an achievement she would repeat in 2011. Patrick also became the first woman to win an IndyCar race—the Indy Japan 300 in 2008—before switching to driving stock cars in NASCAR in 2013.

In November Patrick announced she would retire full time from racing in 2018 after completing two final races: the Daytona 500 and the Indy 500.

This Sunday Patrick returns to compete in “The Greatest Spectacle in Racing” for the first time since 2011. Before she takes her final laps, SI sat down with Patrick to talk about her IndyCar journey.

SI: How do you think you’ll feel heading into the race on Sunday knowing it’s your last?

DP: I remember it being on with chips and dip on the table. Tostitos and that horrible fake cheese dip and salsa. I’m sure bricks of cheese cut up into cubes and summer sausage. I remember sleeping through it a lot. It’s long. It kind of gets boring, especially if you’re a kid and you don’t know what you’re watching or you don’t have a favorite driver to follow. I remember being awake in the beginning, falling asleep and waking up for the end. I saw all the best parts of the race.

SI: Did you eventually have a favorite driver?

DP: I liked Jacques Villeneuve. It was great because later in life I got to race against him [at the 2012 Sargento 200]. I was in front of him in the race and he took me out. Everybody was thinking, “Wow, he took you out. That was such a horrible thing to do.” In a way, I was thinking, “That was really cool. I got to look really good next to the only person I looked up to as a kid.”

SI: Didn’t you meet Al Unser Jr. in the parking lot for the first time as a professional driver at the 2005 Indy 500?

DP: I was at Indy. It was my first time, and I’m always willing to take advice, so I asked him if he had any words of wisdom for me. He was like, “It’s a long race so never give up. It’s never over.” Obviously, figuratively speaking.

I saw him in the same parking lot in almost the same place this year. I was like, “Here we are again, we’ve come full circle.”

SI: When you were growing up, did you imagine your career would become so big as both a driver and a businesswoman? (Patrick owns her own wine, Somnium, activewear line, Warrior by Danica Patrick, and wrote a wellness book, Pretty Intense.)

DP: No, I just believed that with the right opportunity it would be a big deal and I could be something very different and unique. But the details of that are the things that I never thought of. Those weren’t the goals. The goals were never I’m going to be the first girl to do this or I’m going to be famous or I’m going to have a lot of money or be on the cover of Sports Illustrated. Those are not the things I had in my mind as goals. They’re just the byproduct of having set high goals overall for success.

SI: What was your top goal as a kid?

SI: What’s one thing you think you’ll miss about racing?

DP: I think the ego will probably miss being the center of attention in some way. So that’s kind of the ego side of things. I think on a more emotional side that having this unique platform to accomplish things that people haven’t done before is pretty special.