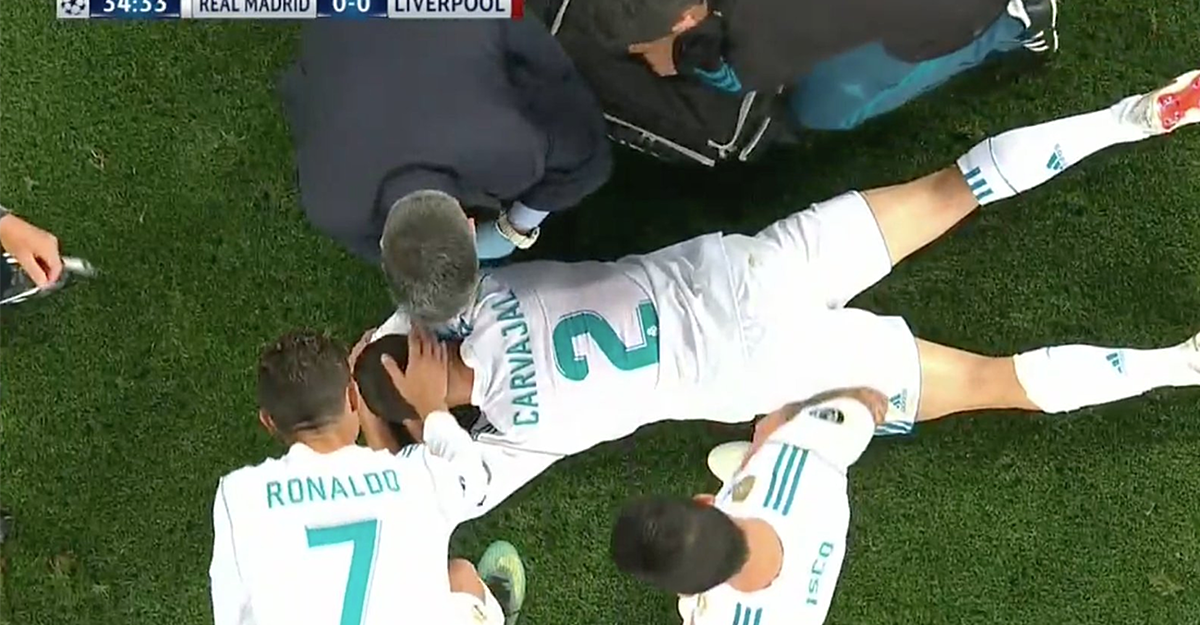 The apparent foot injury happened in the 34th minute, and Carvajal was in tears as he walked off.

Real Madrid’s Dani Carvajal added to the injury toll of Saturday’s Champions League Final against Liverpool when he left the pitch with an injury.

Carvajal was in tears as he walked off after appearing to aggravate his hamstring.

The Spanish star had returned from an injury not too long ago, and he was forced to leave the 2016 Champions League final with a similar injury.

Carvajal was replaced with Nacho Fernandez.

Less than 10 minutes before Carvajal’s injury, Liverpool’s Mohamed Salah exited the game with a shoulder injury.

With the World Cup weeks away, the conversation has turned to whether Salah and Carvajal will be healthy to help lead their teams through the tournament.