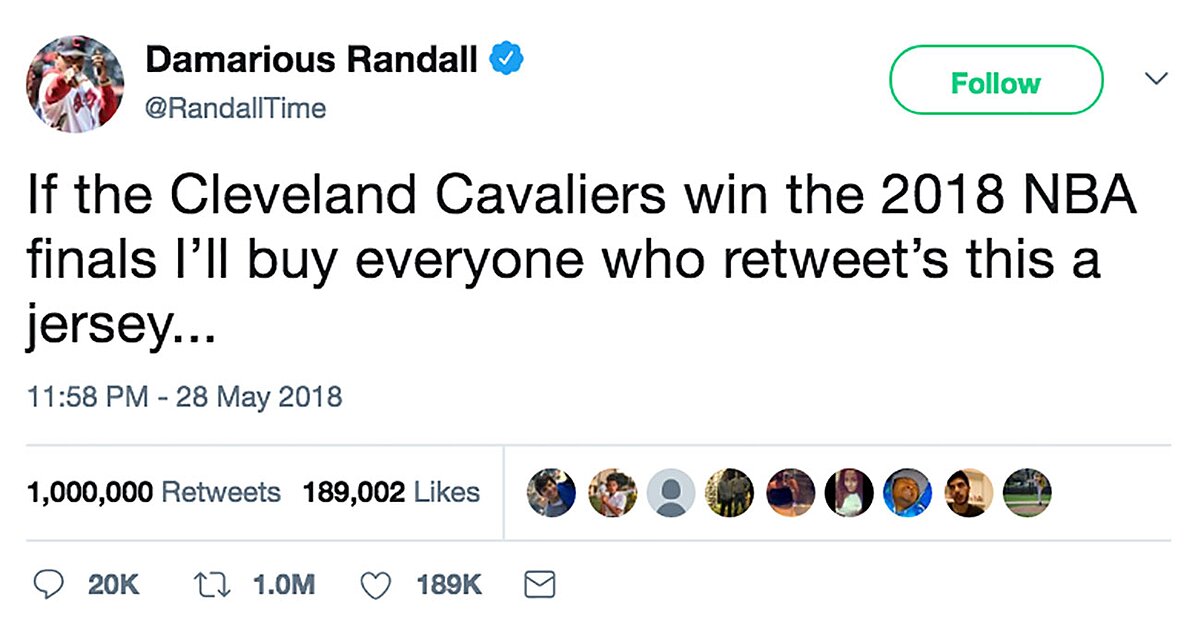 There’s no way new Browns defensive back Damarious Randall could have expected what would happen after he sent a seemingly innocuous tweet on Monday night.

Randall’s now-infamous tweet promising that he’d buy a jersey for everyone who retweeted the message if the Cavaliers win the NBA Finals against the Warriors has now been retweeted more than one million times.

Sixers co-owner Michael Rubin, who owns the apparel company Fanatics, said Tuesday that he’d let Randall buy the jerseys at the wholesale price. The problem, though, is that Randall’s salary for this season is a mere $1.09 million, so he’d clear out his bank account even if the jerseys cost less than a dollar.