Both teams have effectively nothing to play for, with Palace sitting comfortably in mid-table and West Brom relegated – a fact which was eventually confirmed after Southampton beat Swansea on Tuesday.

Despite their relegation, West Brom are unbeaten under caretaker manager Darren Moore, having beaten both Manchester United and Tottenham by one goal to nil within their last four games.

Both teams will now be looking for a positive result that they can take into next season. Here is everything that you need to know about the Premier League meeting.

Back in happier times, an injury time penalty from Saido Berahino earned West Brom a point as they came back from two goals down at the Hawthorns.

Palace looked good to take all three points back to London with them, after defender Brede Hangeland volleyed them into the lead in the first half. Things got even better for Palace when Mile Jedinak converted from the spot in first half stoppage time to double their lead. 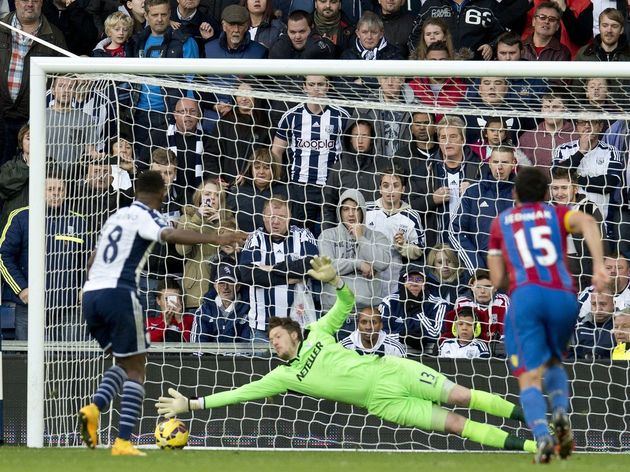 However, the game seemed to change when substitute Victor Anichebe pulled a goal back for the Baggies early in the second half, while Palace may have also been affected by the fact that goalkeeper Julian Speroni was forced to leave the field of play with a head injury, being replaced by Wayne Hennessey.

West Brom took advantage, and completed the comeback when they were awarded an injury time penalty for a foul on goalscorer Anichebe, and Berahino made no mistake from the spot.

Zaha has arguably been one of the most important players for his team in the Premier League this season. The 25 year old has eight goals and five assists in his 28 league appearances this term, including four goals in his last five games. The Ivory Coast international has missed nine league games through injury, and Palace have lost every one of them. 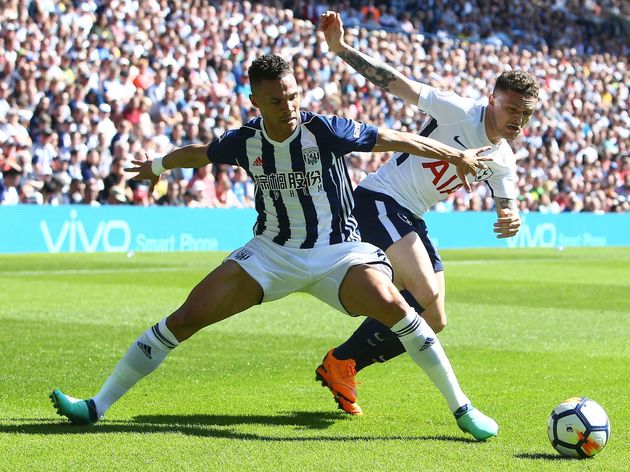 Former Arsenal full-back Kieran Gibbs joined West Brom from the Gunners last summer and has played in all but two of the Baggies’ Premier League games this season. The 28-year-old will be looking to impress England manager Gareth Southgate in the final game of the season in the hope of winning an unlikely recall to the Three Lions squad for this summer’s World Cup.

The home team are likely to be without five first team players for the match. Joel Ward was substituted in the first half in Palace’s last game against Stoke, and the full back is unlikely to have recovered from the ankle injury that he picked up.

Connor Wickham, Bakary Sako and Scott Dann are all long term absentees, and won’t be involved in the squad for Sunday’s game. Jason Puncheon has returned to training following a serious knee injury, but is still a major doubt for the final game of the season.

West Brom are looking pretty healthy on the injury front, with only long term injuries to James Morrison and Gareth Barry effecting Darren Moore’s team selection. Players may be playing for their futures following the club’s relegation to the Championship on Tuesday.

With both teams now with nothing to play for but pride going into the final day of the season, it could make for an open and interesting game.

Both teams are in really good form, sitting in fourth and fifth place in the current Premier League form table, having won three of their last five games. They will be looking to finish on a high going into next season in their respective leagues.

With West Brom players possibly trying to impress in an attempt to get a move in order to stay in the Premier League next season, they may just have the edge over a Crystal Palace side who sit safely in eleventh place in the table.