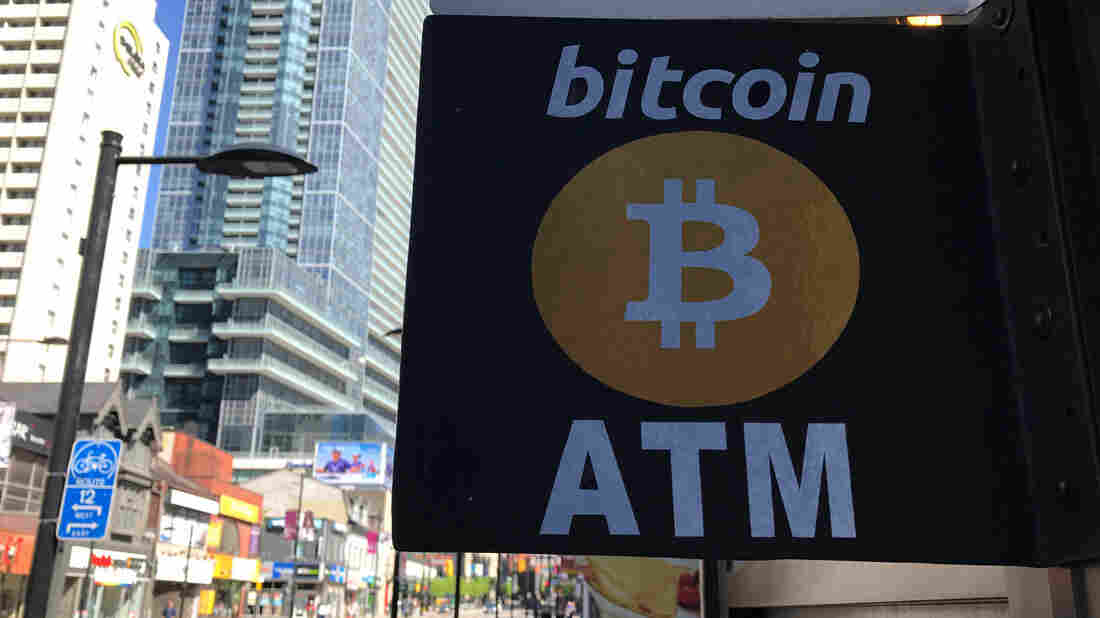 Led by a drop in bitcoin’s price, the value of cryptocurrencies fell by more than $40 billion over the weekend and into Monday. Here, a sign advertises a Bitcoin ATM in Toronto, Canada, last summer. Chris Helgren/Reuters hide caption 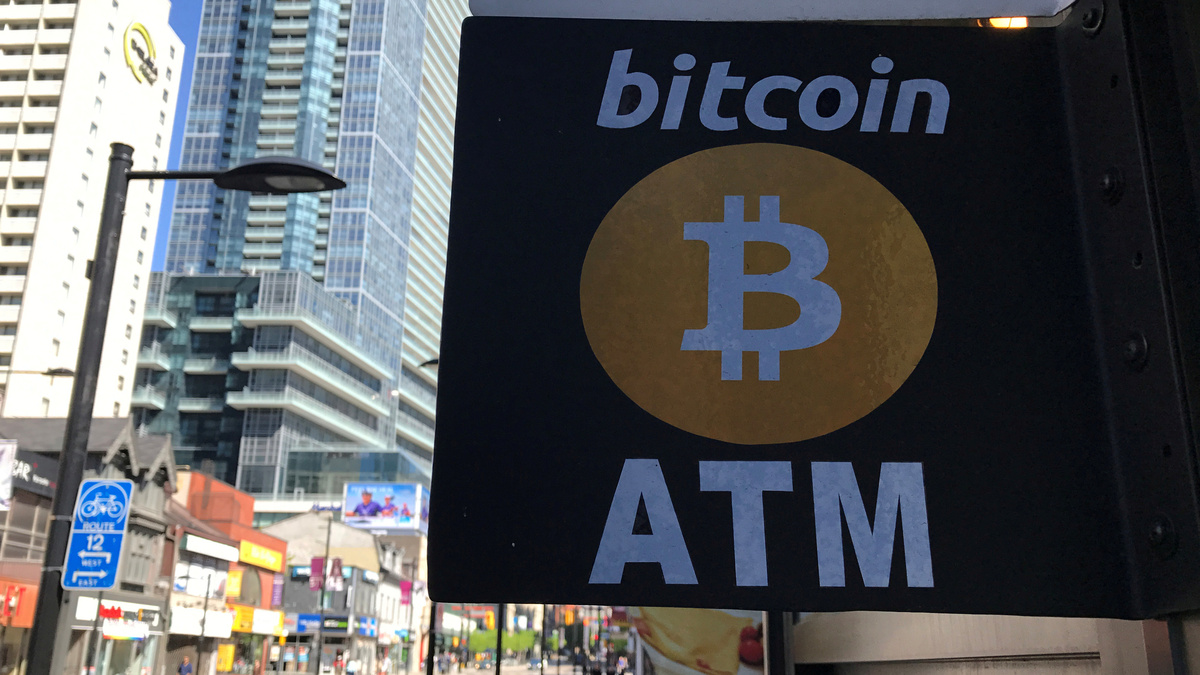 Led by a drop in bitcoin’s price, the value of cryptocurrencies fell by more than $40 billion over the weekend and into Monday. Here, a sign advertises a Bitcoin ATM in Toronto, Canada, last summer.

The hack of a cryptocurrency exchange in South Korea is being blamed for a sharp drop in bitcoin and other popular currencies, which lost billions of dollars in value. The Coinrail virtual currency exchange was breached over the weekend.

Coinrail isn’t a huge exchange – the value of the lost currency is believed to be around $40 million. But the hack added to existing uncertainties in the virtual currency market, and after Coinrail reported losing about 30 percent of its reserves in the attack, bitcoin’s price plummeted.

As of midday Monday, bitcoin was down more than 7 percent, to around $6,700, according to the Coinbase exchange. That’s a drop of more than 60 percent since bitcoin’s all-time high of nearly $20,000, which it reached last December.

Even with the recent sharp slip, bitcoin has gained more than 130 percent in value since June 11 of 2017.

dded to uncertainties in the virtual currency market, which saw a loss of well over $40 billion in cryptocurrencies’ overall value.

Another popular cryptocurrency, ethereum, also fell, contributing to a loss of well over $40 billion in virtual currencies’ overall value from Saturday to Monday, the Coinmarketcap.com website reports. That represents a drop in market capitalization from $340 billion to around $291 billion, according to the site.

Analysts say other factors are also involved in the cryptocurrencies’ current fall, including a lack of high trading volume.

In addition to broader security worries, as Bloomberg News reports, there are also concerns about China’s attempts to control how virtual currencies work – and over crackdowns on fraud and money laundering in both China and South Korea.

Of the holdings stolen from Coinrail, the exchange says two-thirds are covered by freezing or recalling them – and that the remaining third is being investigated by police and industry experts. The stolen coins that are now frozen were in the NPXS, NPER and ATX currencies, it said.

To protect its other assets, Coinrail said, it moved them to a “cold wallet” that isn’t connected to the Internet.