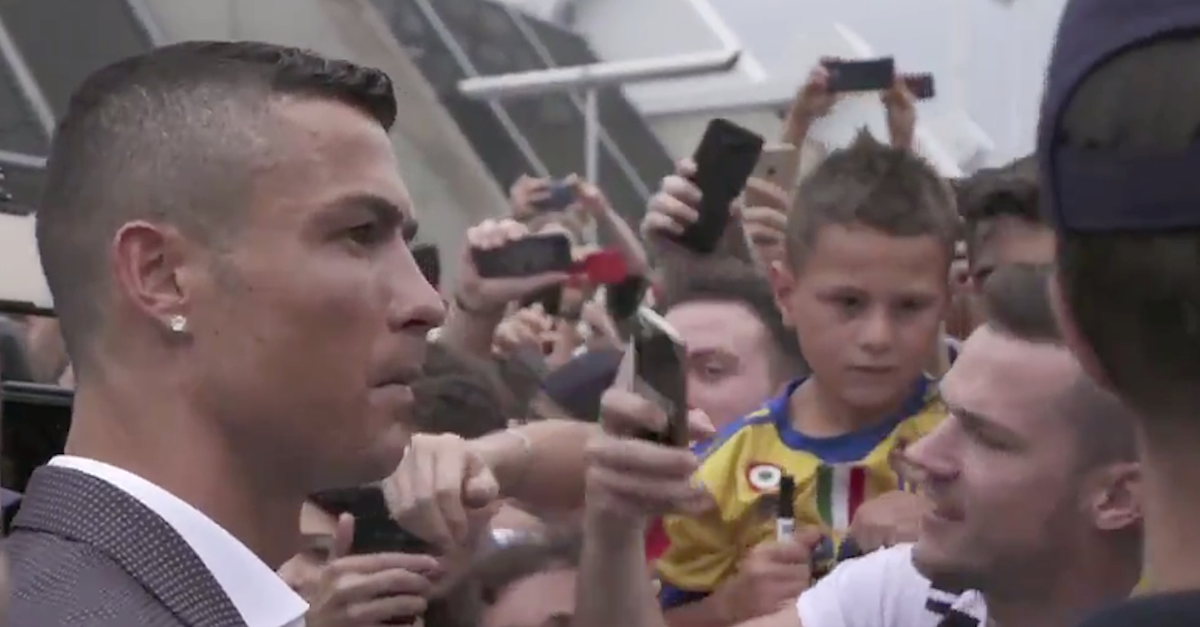 After completing a €105m move to Juventus last week, Cristiano Ronaldo has finally arrived in Turin.

The Portugal international has spent the last nine years of his career at the Santiago Bernabeu but is now set to head into a novel challenge with Champions League hopefuls Juve, who are eager to get past that final hurdle in Europe.

Ronaldo is coming off a club run with Real Madrid in which the squad won four of the last five Champions League titles and also captured the La Liga titles for the 2011-12 and 2016-17 seasons. The club won 16 trophies in total during Ronaldo’s nine seasons.

Ronaldo was provided a big welcome from Juventus in his first day in Turin, walking out to a huge mob of excited fans.

The Italian club also paid tribute to the 33-year-old on the pitch.

Ronaldo completed his medical early Monday morning and was even seen chanting “Juve, Juve” as he walked through the club’s facilities.

The five-time Ballon d’Or winner will speak to the media for the first time since the transfer later today.