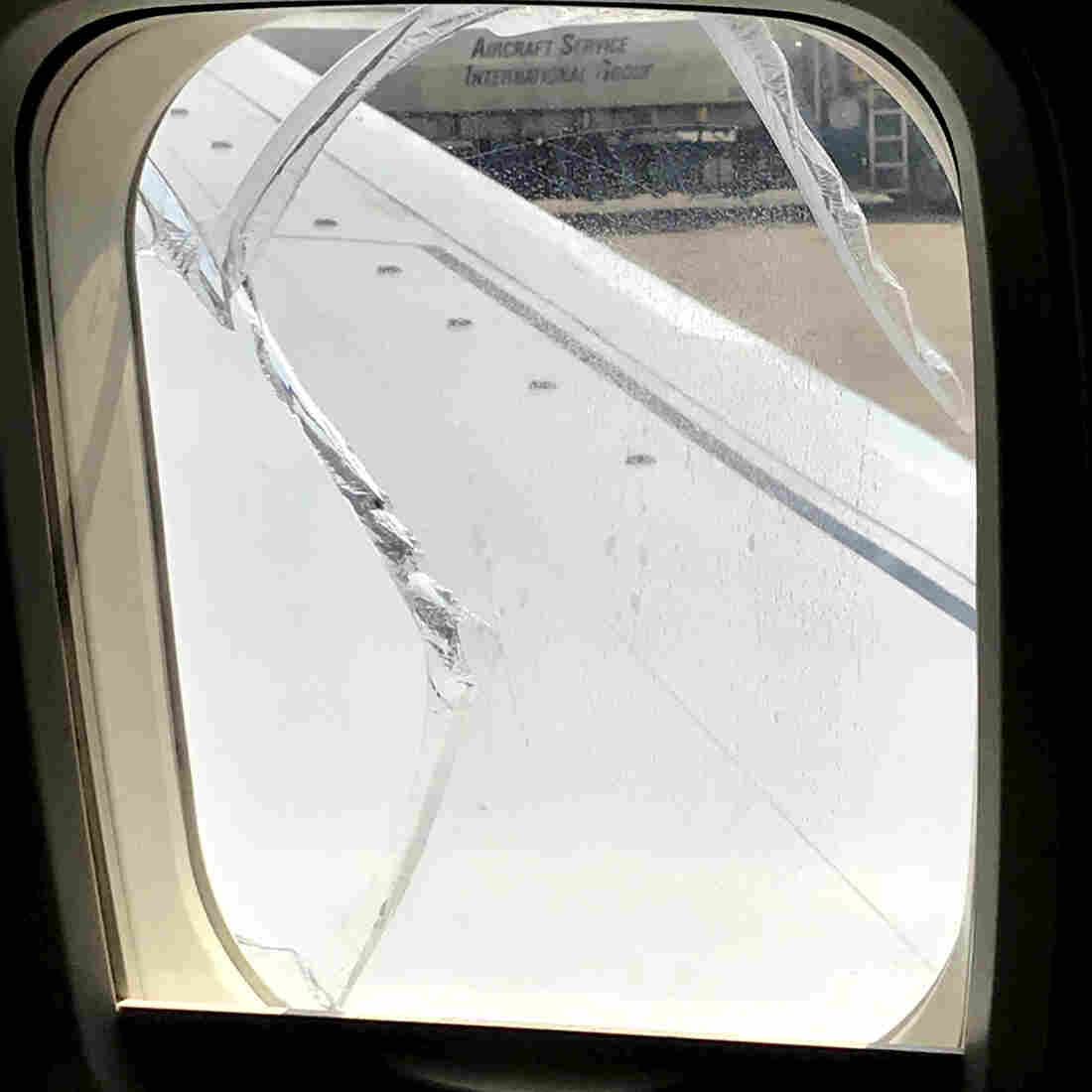 A crack is seen on a window of Southwest Airlines Flight 957 after an abrupt landing in Cleveland, on Wednesday. Rachel Colby/AP hide caption 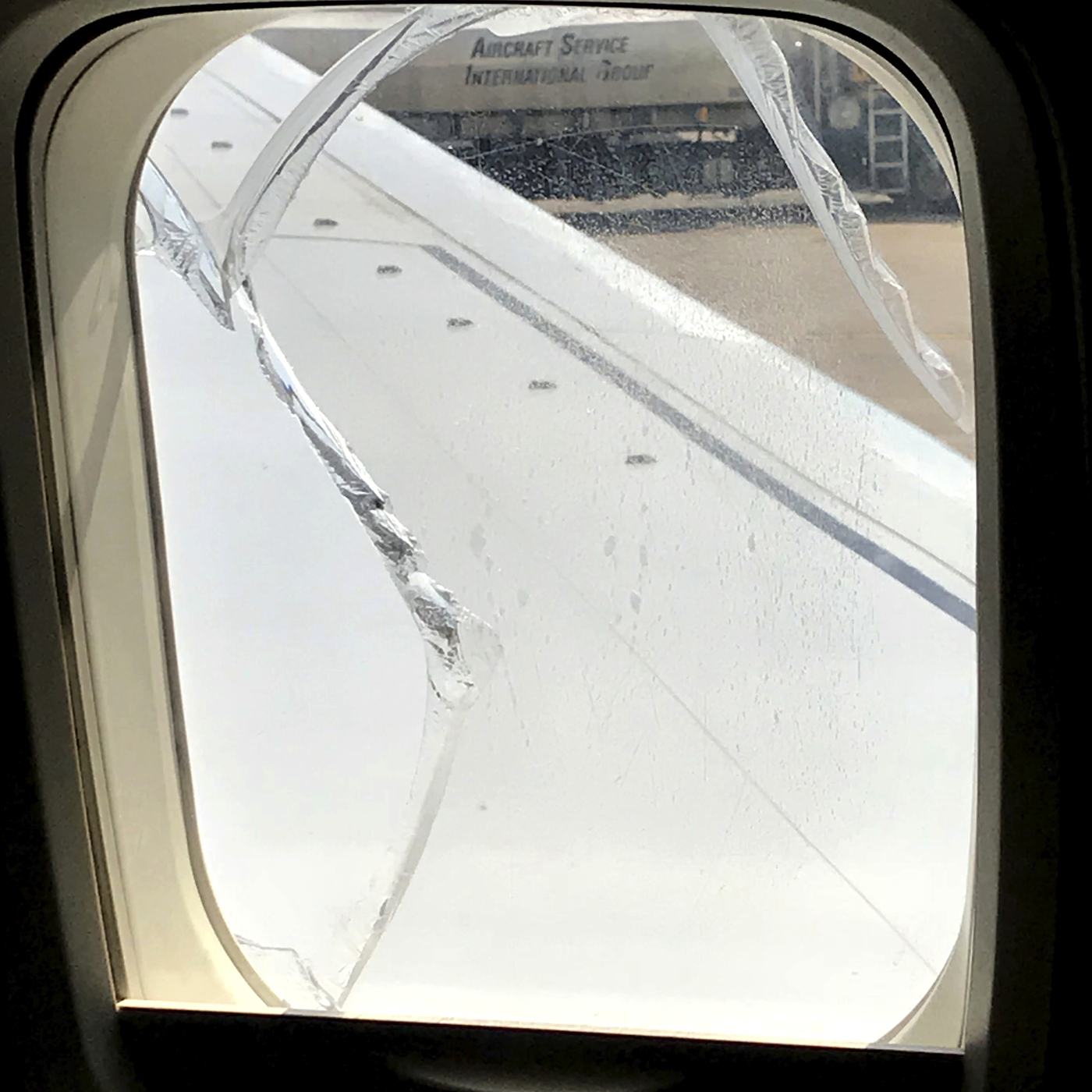 A crack is seen on a window of Southwest Airlines Flight 957 after an abrupt landing in Cleveland, on Wednesday.

A jagged crack suddenly appeared in a window aboard a Southwest Airlines 737 on Wednesday, startling passengers and forcing the pilot on the Chicago-to-Newark flight to divert to Cleveland, where he made a safe landing.

Although no one was hurt, the incident reminded passengers of a high-profile incident just two weeks ago, when a jet engine blew apart on another Southwest Boeing 737, breaking a window and killing a woman who was partially blown out of the fuselage.

“It made you nervous because something like this just happened,” Paul Upshaw, a passenger aboard the flight who was seated about two seats from the window, tells The Associated Press. “We didn’t know if it was going to crack open.”

“People just started scattering,” Upshaw tells the news agency. He said no one was yelling or screaming. “We didn’t panic.”

Aviation Week says the Southwest Flight 957 took off from Chicago’s Midway International Airport bound for Newark, N.J. with 76 passengers aboard when the incident occurred. The plane landed in Cleveland at 10:43 a.m.

Here is more information about a flight that made an unscheduled stop in Cleveland, where no emergency was declared: pic.twitter.com/QIzZiK187j

Brandy King, a spokeswoman for Southwest Airlines, said the aircraft never lost cabin pressure and that the pilot did not declare an emergency before landing.