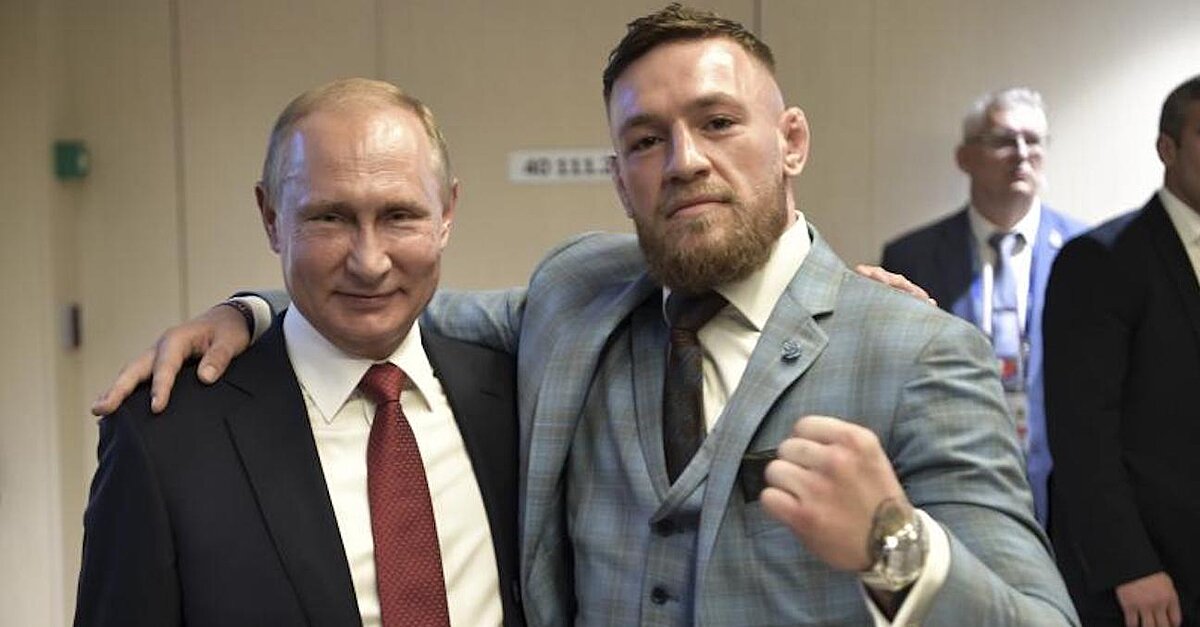 McGregor was in attendance for the World Cup Final in Moscow.

While attending the World Cup Final in Moscow on Sunday, UFC legend Conor McGregor made sure to greet Russian President Vladimir Putin.

After the game, McGregor posted a picture of himself and the President on Instagram, praising the Russian leader while calling him “one of the greatest leaders of our time.”

The caption read: “Today I was invited to the World Cup final as a guest of Russian President Vladimir Putin. This man is one of the greatest leaders of our time and I was honored to attend such a landmark event alongside him. Today was an honor for me Mr. Putin. Thank you and congratulations on an amazing World Cup.”

McGregor capped off the post by writing, “Go Russia!” in the host country’s language.

Russia hosted a successful World Cup over the past month, which culminated in the final between France and Croatia on Sunday. Behind goals from Antoine Griezmann and Kylian Mbappe, France cruised to a 4-2 victory with McGregor in attendance.

According to Ryan Harkness of MMA Media, McGregor’s rival, Russian star Khabib Nurmagomedov, was also in attendance at Luzhniki Stadium.