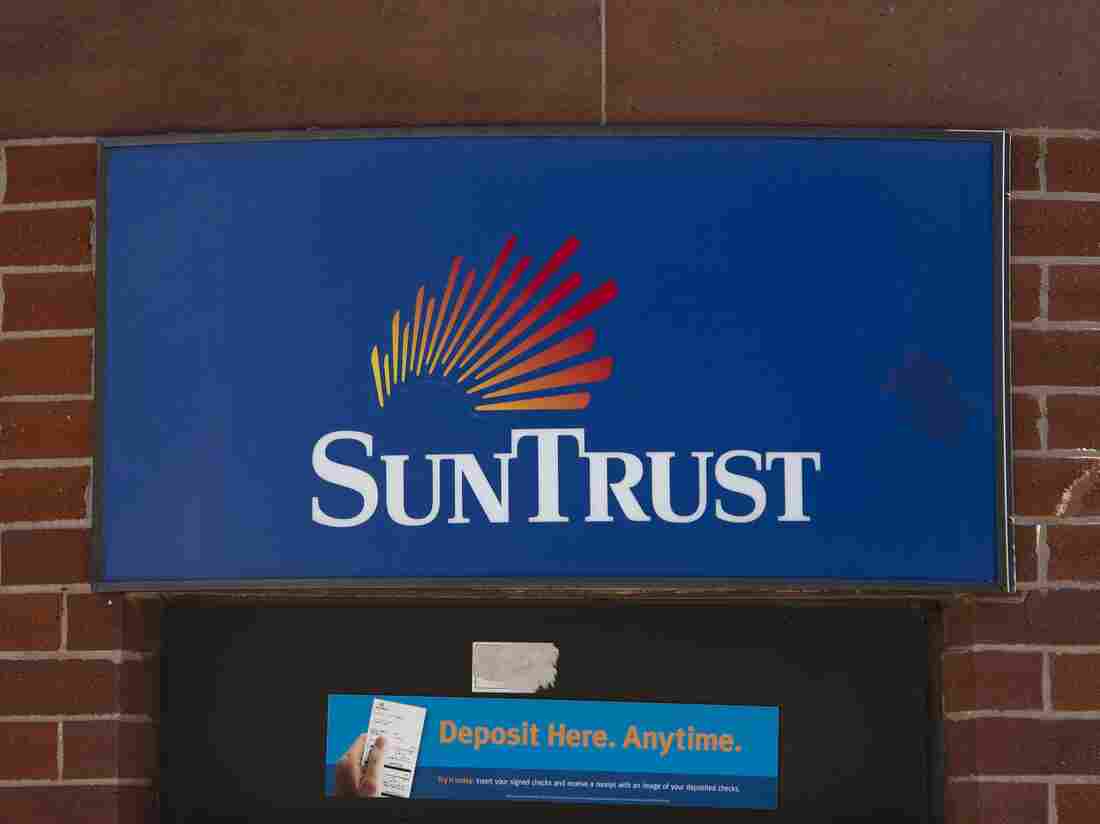 Under legislation considered by the House on Tuesday, SunTrust and other banks with up to $250 billion in assets could be exempted from the toughest rules of the Dodd-Frank law. Jim Watson/AFP/Getty Images hide caption 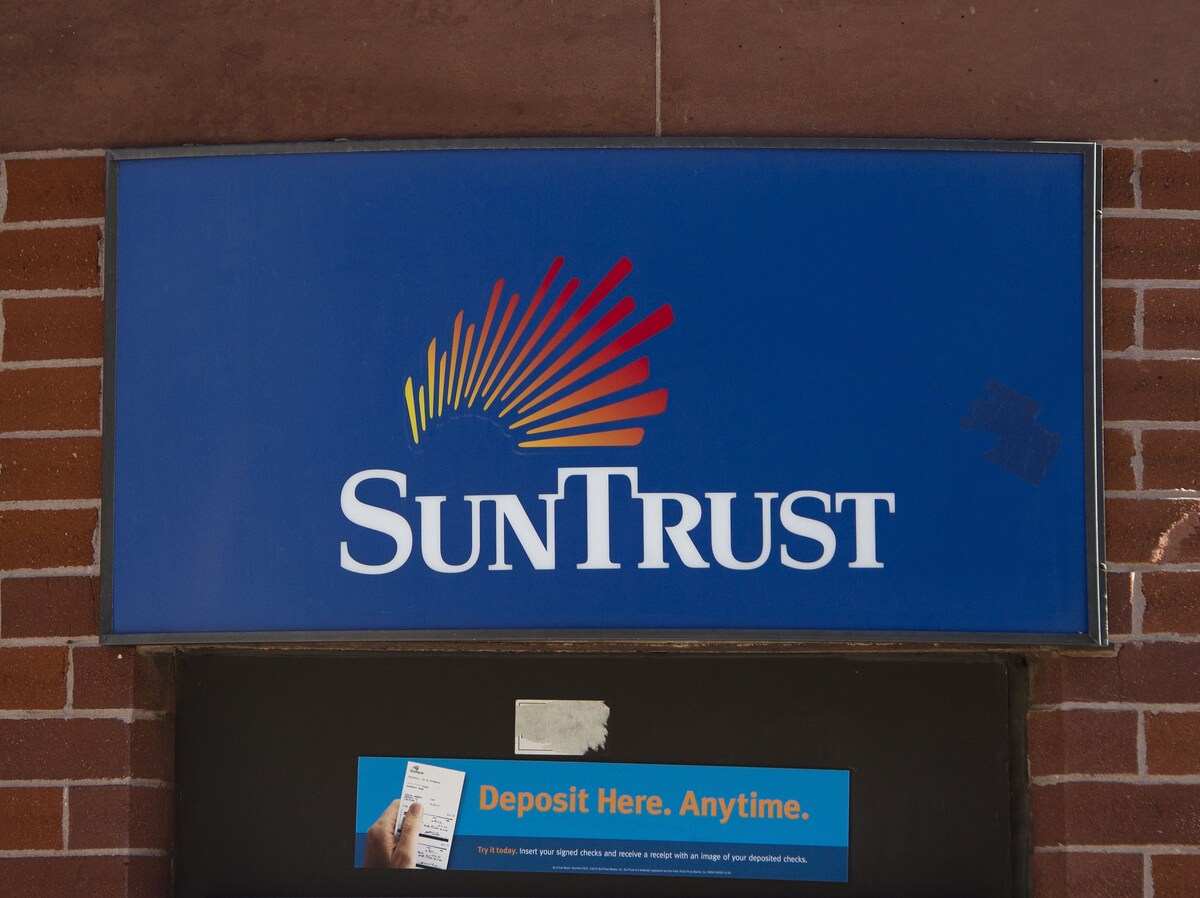 Under legislation considered by the House on Tuesday, SunTrust and other banks with up to $250 billion in assets could be exempted from the toughest rules of the Dodd-Frank law.

The House is expected to pass a bill Tuesday easing rules for midsize and regional banks, in what’s considered the largest undoing to date of banking rules put in place in the wake of the financial crisis.

The Senate has already approved the bill that would allow banks with up to $250 billion in assets to escape some of the toughest rules put in place by the Dodd-Frank Act in 2010 to shore up the banking system. President Trump could sign the bill as early as this week.

Republican lawmakers said the bill aims to help small banks and credit unions to be able to make more loans to families.

“The Main Street banks and credit unions that people depend on, they’ve been suffering,” said Rep. Jeb Hensarling, a Texas Republican who runs the House Financial Services Committee. “They’ve been suffering for years under the weight, the load, the volume, the complexity, the cost of heavy Washington bureaucratic red tape. They haven’t been able to serve these people to get them into homes and get them into cars.”

But the bill could also allow large financial firms like American Express and SunTrust to avoid tougher rules of the road, like setting aside a thicker capital cushion to help survive another financial crisis. The bill allows federal regulators some leeway in deciding which of the bigger banks would be subject to easier rules.

Bigger banks like JPMorgan Chase, Bank of America and Wells Fargo would continue to abide by tougher rules.

Several Democrats warned that the bill goes too far by helping very large mid-range banks, several of which also failed during the financial crisis.

“Some of my colleagues may have forgotten about the bad, bad crash from 2008, but I sure haven’t,” said Rep. Keith Ellison a Democrat from Minnesota who is also on the Financial Services Committee. “Two point six trillion — with a T —vanished from people’s retirement accounts. Think about that for the moment. Why on earth would we go back there?”

Under the original Dodd-Frank regulatory rules, banks with as little as $50 billion in assets had to follow these tougher financial rules.

The bill also includes a host of other changes ranging form easing some home mortgage rules to weakening reporting requirements that protect against racial discrimination in lending.

The bill is part of a larger deregulation wave underway in Washington. Republicans controlling the White House and Congress have been openly vowing to cut rules and red tape wherever they can.

In order to get the bill passed though, some Democrats in the Senate had to be willing to cross the aisle and vote for the new bill. And given that, the changes, aren’t as dramatic as they could have been. That’s according to the man who’s name is on the Dodd-Frank law. Former Rep. Barney Frank says the new bill will leave the most important provisions of Dodd-Frank intact.

“I would vote against it if I was there,” the former Democratic House Financial Services Chairman tells NPR. But he adds, “I understand why other people are voting for it.”

After Dodd-Frank passed, Frank said he heard arguments from smaller banks that the law placed some undue burdens on them. And one of the major goals of this new bill is to fix that. Basically, the argument is these banks are not the giant, too-big-to fail kind, so they don’t need as many stress tests and related rules.

Frank said he supports the provision in the bill to exempt banks with less than $10 billion in assets from a rule that bars banks from making some kinds of risky, speculative investments. He says the small banks weren’t really doing much of that anyway, but they ended up having to spend too much time and money proving they were in compliance.

Frank says he also would be OK with raising the bar for how big a bank has to be before it has to comply with a series of more strict systemic-risk-related regulations. Under Dodd-Frank, banks with $50 billion or more in assets are in that category and fall under the jurisdiction of the Financial Stability Oversight Council. Frank says he would support raising that cap to $100 billion, but Republicans pushed for the much higher $250 billion threshold.

Frank said raising the threshold to $250 billion goes too far, because if two or three banks in that category fail that would pose systemic risk problems.