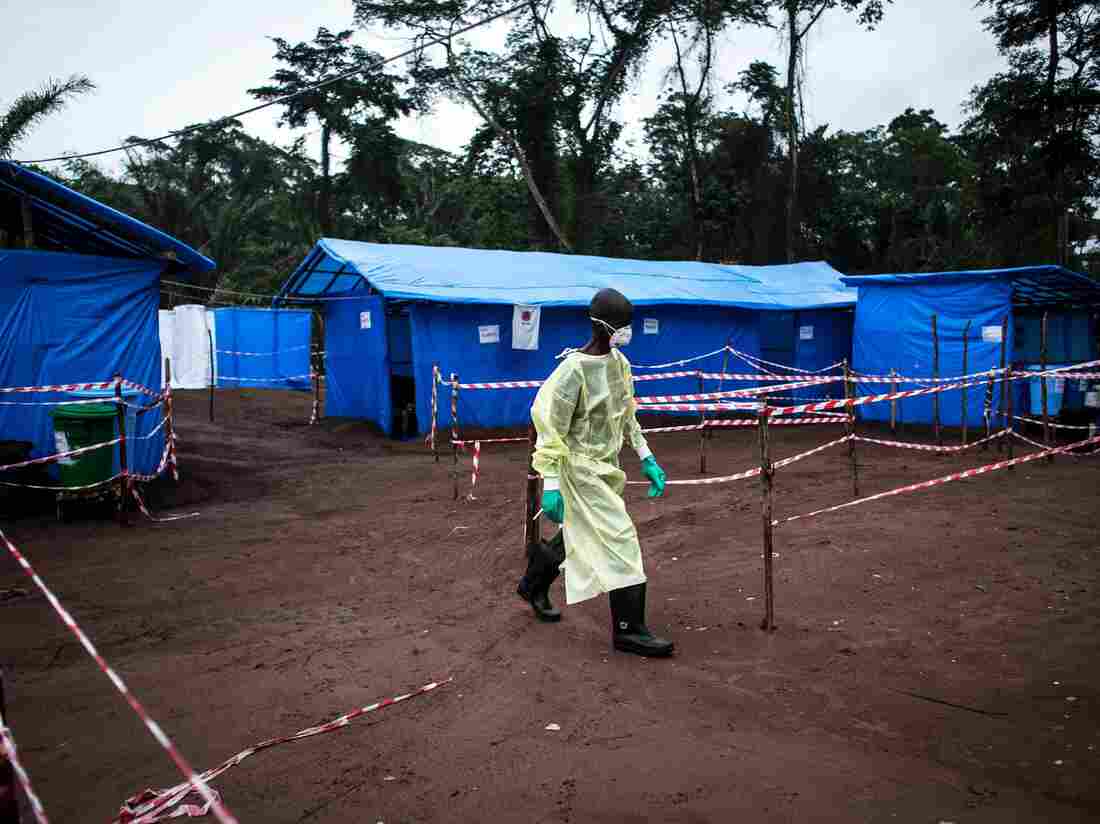 A health worker walks at an Ebola quarantine unit last June in Muma, Democratic Republic of the Congo, after a case of Ebola was confirmed in the village. John Wessels/AFP/Getty Images hide caption 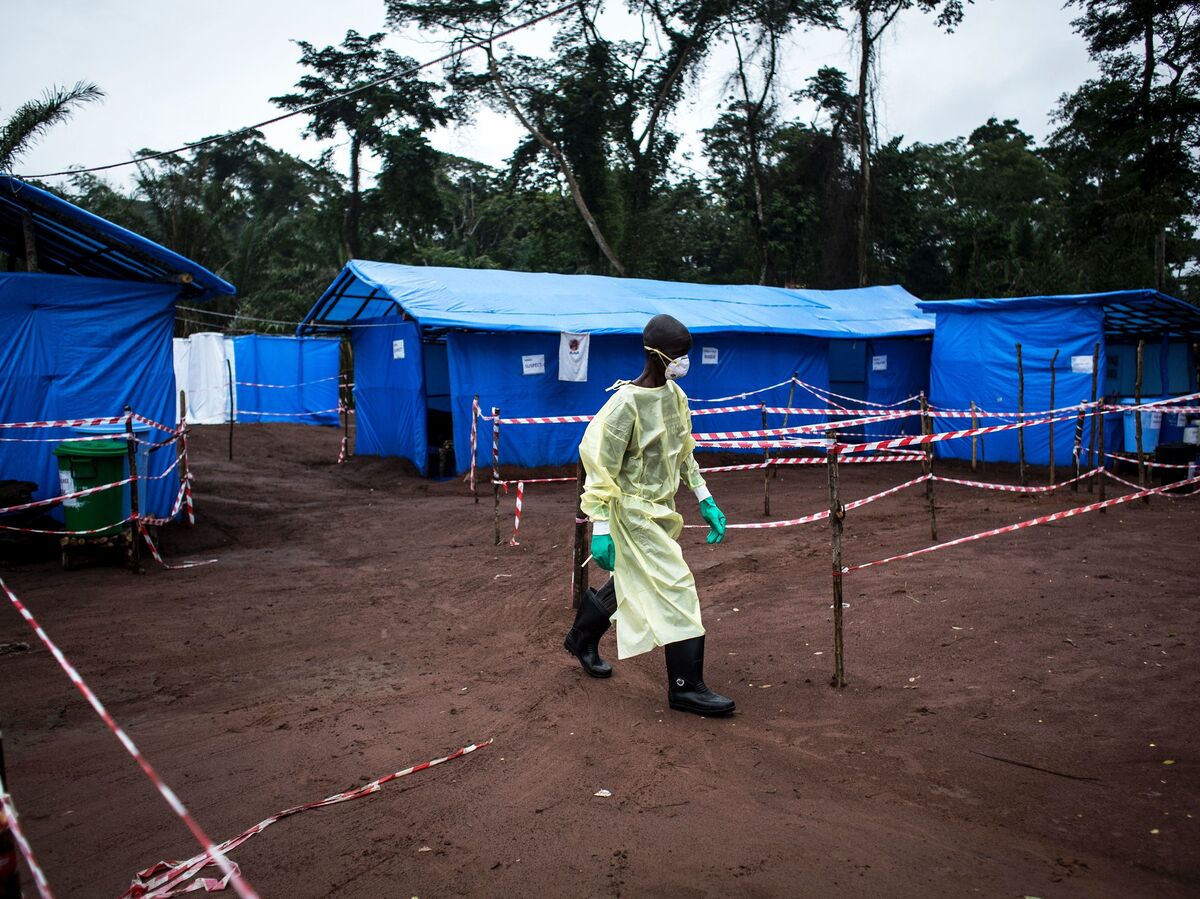 A health worker walks at an Ebola quarantine unit last June in Muma, Democratic Republic of the Congo, after a case of Ebola was confirmed in the village.

The government of Congo declared a new outbreak of Ebola after at least two people were infected and possibly as many as 17 died — from the disease in the country’s northwest.

“Our country is facing another epidemic of the Ebola virus, which constitutes an international public health emergency,” the Democratic Republic of the Congo’s health ministry said in a statement.

The ministry says of the five samples sent to the National Institute of Biological Research in Kinshasa, two came back positive for the Zaire strain of Ebola in the country’s Equateur Province, according to The Associated Press.

Before the outbreak was confirmed, local health officials reported 21 patients with signs of hemorrhagic fever. Seventeen of them later died.

Ebola is just one type of hemorrhagic fever, so it is not immediately clear if some or all of the original victims died from Ebola.

“Since notification of the cases on 3 May, no deaths have been reported either among the [hospitalized] cases or the healthcare personnel,” the Health Ministry statement said.

On May 3, medical teams from WHO and Doctors Without Borders collected five samples from active cases in the area, two of which tested positive for Ebola, according to the WHO and the Congolese government.

As Reuters notes, “Ebola is believed to be spread over long distances by bats, which can host the virus without dying, as they infect other animals with which they share trees, such as monkeys. Ebola often spreads to humans via infected bushmeat.”

An Ebola epidemic that hit West Africa in 2014 infected some 28,600 and killing more than 11,300 before the World Health Organization declared the region Ebola-free two years later. The disease was concentrated in Liberia, Guinea and Sierra Leone.

Since that epidemic, a vaccine called rVSV-ZEBOV has been developed to prevent the spread of the disease, which has a particularly high mortality rate. (Although a recent article in The Lancet medical journal questions the vaccine’s efficacy.)

In the last few years there have been isolated outbreaks, including one in Congo last year that killed four of eight infected.

Experts were expected to go to the area of infection on Wednesday to implement procedures to halt the spread of the disease, the ministry says.