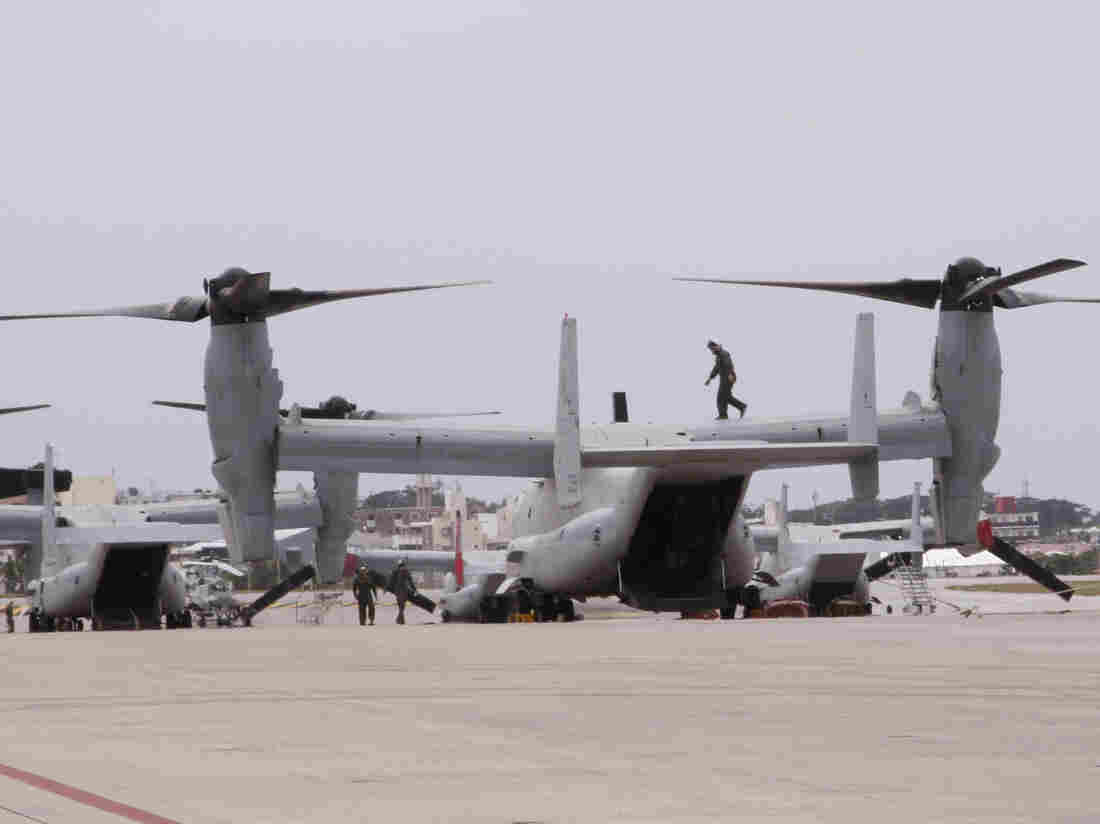 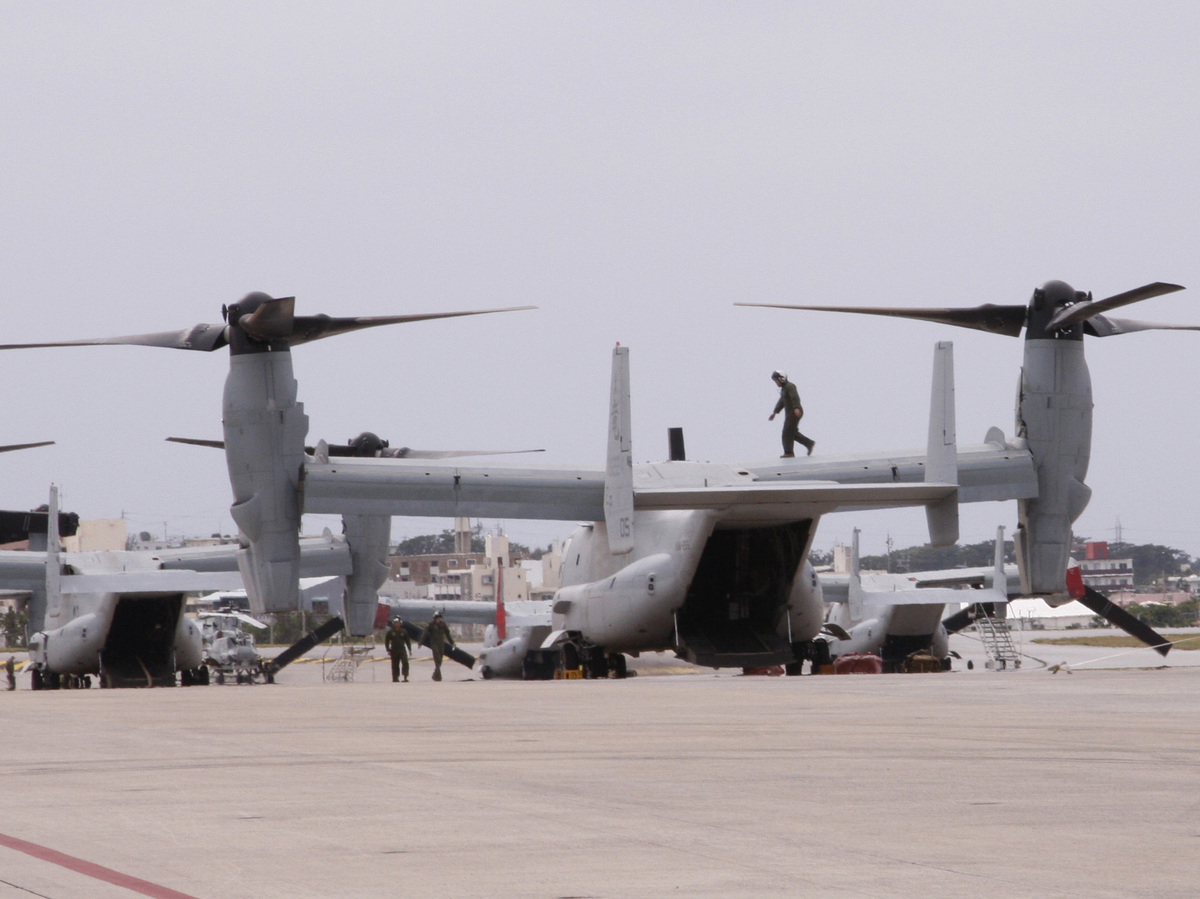 The commander of the U.S. Marine Corps Air Station Futenma in Okinawa, Japan, has been relieved from his post due to a “loss of trust and confidence in his ability to lead his command,” an official statement said without elaborating.

A biography of Coppess on a Marine Corps website has been removed.

The firing of Coppess comes after the commander of the Marines’ Japan-based MV-22 Osprey squadron was dismissed following a series of accidents involving the tilt-rotor aircraft — the most serious last July when an Osprey crashed off the east coast of Australia, killing three Marines.

As NPR’s Mark Katkov reported last year, following that crash, Marine Corps aviation units were ordered to ground all aircraft for 24 hours to focus on safety.

According to The Japan Times: “There was no immediate comment or further detail from the marines on why Coppess had been dismissed, but a U.S. defense official said it had nothing to do with a string of accidents that have plagued military aircraft in Japan.”

Stars and Stripes notes that, “Futenma is home to about 3,000 Marines from the 1st Marine Aircraft Wing and other units on a southern island prefecture that is strategically important to stability in the region and deterring aggression from China and North Korea.

According to the newspaper, “… operations there have been unpopular with some locals, and an effort to relocate the base to rural northern Okinawa has been a major political and diplomatic issue for the United States and Japan.”