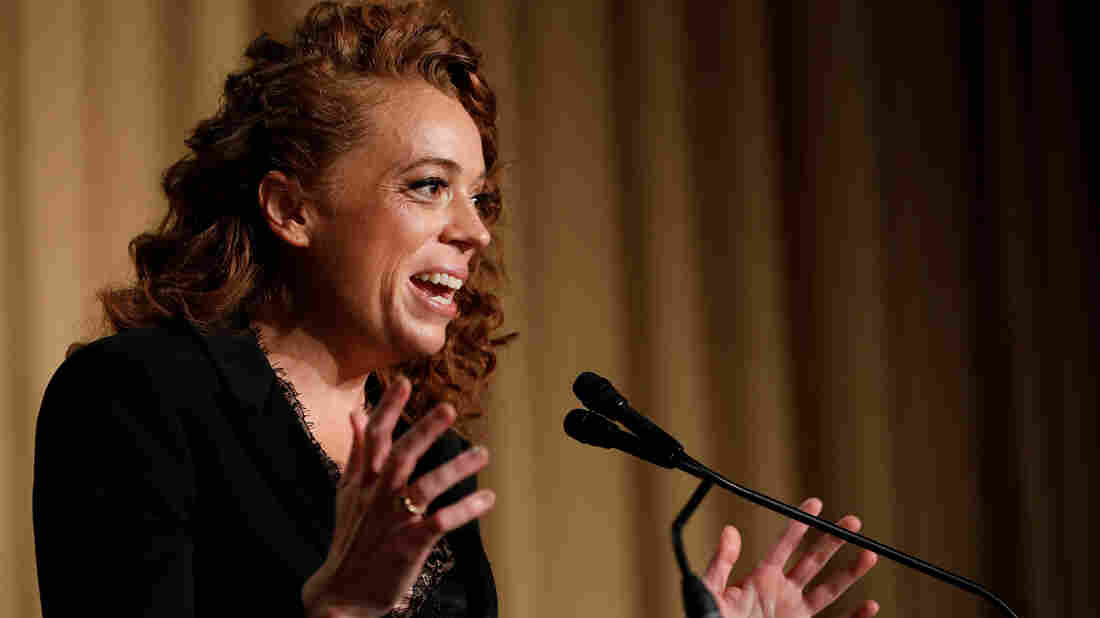 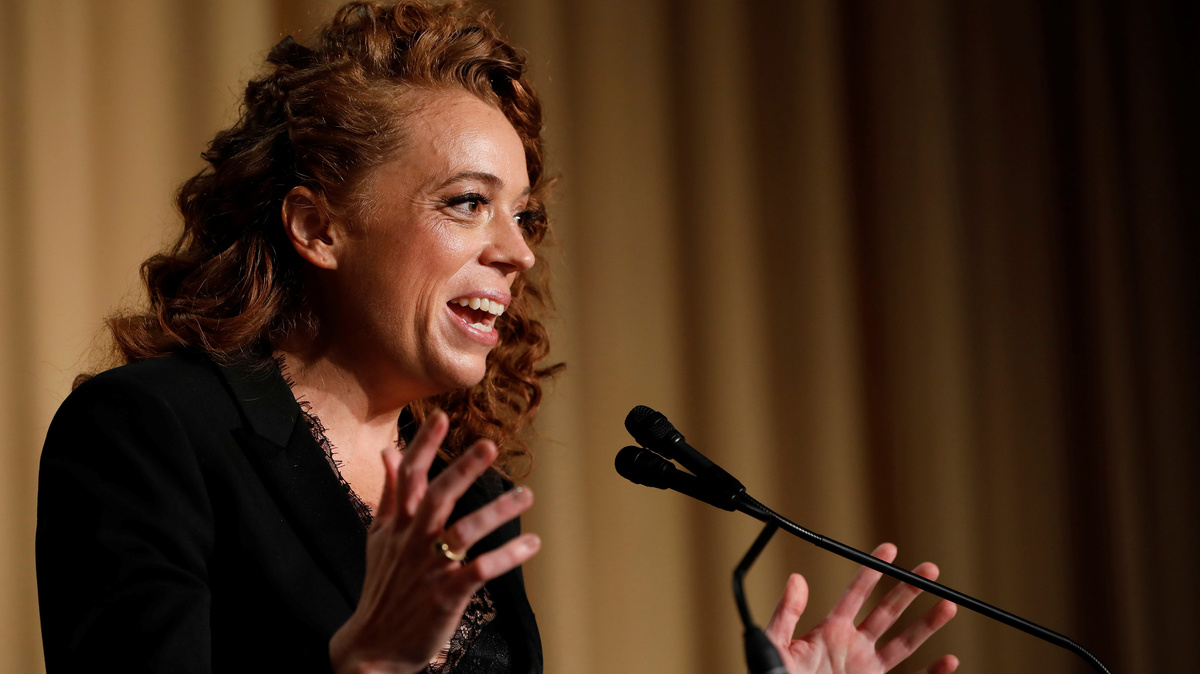 President Trump’s absence for the second year in a row from the annual White House Correspondents’ Dinner may end up being the least controversial thing about Saturday night’s gathering of the White House press corps.

Chatter online amongst Washington, D.C., journalists and some in the administration’s orbit after the event was full of criticism for comedian Michelle Wolf, who was the evening’s headliner; criticism and soul-searching about the annual event itself; and an effort by former White House press secretary Sean Spicer to pressure the leadership of the White House Correspondents’ Association into answering for Wolf’s vulgar, personal jabs leveled primarily at the president and his inner circle.

The comedian spoke for roughly 20 minutes to a ballroom full of Washington’s top journalists and political operatives in remarks too lewd in many respects to be repeated here. The Washington Post’s Paul Farhi wrote Wolf’s remarks “swerved from raunchy to downright nasty.”

“She was particularly hard on the women associated with Trump,” Farhi also wrote, adding “several cracks about [White House press secretary] Sarah Huckabee Sanders landed poorly.” (Courtesy of two of Farhi’s colleagues at the Post, here’s a list of Wolf’s “harshest” jokes.) And Politico observed of Wolf’s performance that “it was a risque and uneven routine at first met with laughs but often greeted by awkward silence.”

The comedic routine laced with sexual innuendo and, at times, dominated by outright vulgarities was directed primarily at Republicans and conservatives — a fact not lost on those in the room who expressed their displeasure on Twitter afterward.

“My wife @mercedesschlapp and I walked out early from the wh correspondents dinner. Enough of elites mocking all of us,” Matt Schlapp posted on Twitter just before 11 p.m. Schlapp is the chairman of the American Conservative Union and his wife, Mercedes, is part of the White House’s communications team.

Former Trump chief of staff Reince Priebus called the night an “R/X rated spectacle that started poorly and ended up in the bottom of the canyon. Another victory for @realDonaldTrump for not attending and proving his point once again. The room was uncomfortable. Trump lovers and even a large number of Trump haters were pretty miserable.”

An R/X rated spectacle that started poorly and ended up in the bottom of the canyon. Another victory for @realDonaldTrump for not attending and proving his point once again. The room was uncomfortable. Trump lovers and even a large number of Trump haters were pretty miserable.

The criticism was joined by some well-known political journalists who sounded off both about Wolf’s remarks and the nature of the event more broadly.

White House press secretary Sarah Sanders was the particular target of harsh treatment by Wolf — as Sanders sat on the dais not far from the lectern where Wolf was speaking. Afterward, some of the journalists from outlets known to spar with the White House or be on the receiving end of pointed attacks directly from the president spoke out on Sanders’ behalf.

“That @PressSec sat and absorbed intense criticism of her physical appearance, her job performance, and so forth, instead of walking out, on national television, was impressive,” tweeted Maggie Haberman of The New York Times. (Haberman said on Twitter that she did not attend the event in person but had watched it on TV.)

“Lots of critics but she has always been decent and professional to me — if not entirely forthcoming,” The Washington Post’s Josh Dawsey posted on Twitter about Sanders, attaching Haberman’s tweet about the Trump spokeswoman.

Lot of critics but she has always been decent and professional to me — if not entirely forthcoming (and I don’t expect any press secretary to be!) https://t.co/bM6Efz2Xmf

“The spirit of the event had always been jokes that singe but don’t burn,” said Kelly O’Donnell of NBC News, “Reporters who work with her daily appreciate that @presssec was there.” Like Dawsey, O’Donnell included Haberman’s tweet praising Sanders’ composure under fire.

“Unfortunately, I don’t think we advanced the cause of journalism tonight,” Peter Baker, also of The New York Times, said online.

As Haberman’s tweet had, Baker’s set off a series of responses, subtweets and amens from fellow journalists.

“Couldn’t agree more,” CNN’s Jeff Zeleny posted on Twitter, “So much important and amazing journalism this year — that should be the focus, when truth matters and is needed more than ever. It was an embarrassment in the room and surely to the audience at home.”

Couldn’t agree more. So much important and amazing journalism this year — that should be the focus, when truth matters and is needed more than ever. It was an embarrassment in the room and surely to the audience at home. https://t.co/vhbnG6tn55

“The White House Correspondents’ Dinner is a deeply flawed event that doesn’t do what it aspires to do and is serious need of retooling,” wrote Robert Yoon, a political research expert and former longtime employee of CNN’s political unit in D.C., wrote online, also referencing Baker’s tweet.

“Michelle Wolf — and the WHCD — really played into Trump’s hand tonight. Trump is vulgar and mean-spirited, but that doesn’t mean that Wolf needed to be the same,” tweeted D.C. fixture and longtime political analyst Stuart Rothenberg.

Michelle Wolf — and the WHCD — really played into Trump’s hand tonight. Trump is vulgar and mean-spirited, but that doesn’t mean that Wolf needed to be the same.

John Ward of Yahoo News called the comedy routine “a political gift to the Trump admin[istration].”

I sat there, not laughing and aghast at many of the jokes that took mean spirited personal shots, and knew the routine was a political gift to the Trump admin. https://t.co/egLyvEsNcK

Echoing Ward, Rothenberg and Baker, Meg Kinnard of The Associated Press saw very specific implications for journalists, especially those working and reporting in predominantly Republican states. Saturday night’s event “made the chasm between journalists and those who don’t trust us, even wider,” Kinnard tweeted. “And those of us based in the red states who work hard every day to prove our objectivity will have to deal with it.”

If the #WHCD dinner did anything tonight, it made the chasm between journalists and those who don’t trust us, even wider. And those of us based in the red states who work hard every day to prove our objectivity will have to deal with it.

In a trio of tweets early Sunday morning Spicer sought to elicit a response from the White House Correspondents’ Association to the criticism Wolf had received.

Comedian Kathy Griffin, who has herself been embroiled in controversy over her past comments about the president, took up Wolf’s defense and responded to Baker and Zeleny.

“Then don’t have a comic do a roast,” Griffin told the two longtime White House reporters on Twitter, “If you want to focus on the journalism do a boring awards show. Journalism is all about the 1st amendment..If you don’t see the import of what @michelleisawolf did tonight then you don’t get it.”

For her part, Wolf responded to Spicer calling the event a “disgrace” with a simple “Thank you!” on Twitter. And the comedian also challenged Haberman’s critique, suggesting The New York Times White House reporter was harboring unspoken concerns about Sanders’ appearance.

Hey mags! All these jokes were about her despicable behavior. Sounds like you have some thoughts about her looks though? 😘 https://t.co/JRzzvhBuey

The controversy over Wolf seemed to steal headlines which the president had seemingly tried to steal for himself by absenting himself from the dinner for a second consecutive year and going to Michigan for a campaign rally instead.

In his remarks there earlier Saturday evening, Trump had called the press “very dishonest people” and “fake news.” He called the dinner in D.C. “phony” and said he had much preferred to be in Washington Township, Mich., rather than back in the nation’s capital in a ballroom full of the journalists who cover him and his administration.

He told the enthusiastic crowd of supporters that had he been at the dinner in the other Washington, he would’ve been forced to smile through attacks on him or face negative stories afterward about not being a good sport while being roasted by Wolf.

“You know, there’s no winning,” he said over cheers.

Back in D.C., Matt and Mercedes Schlapp articulated Trump’s concerns more philosophically — concerns widely shared by conservatives across the country who see themselves as losing out in a broader culture war despite their electoral victories in the Trump era.

“America was watching and it’s why they hate the swamp,” Matt Schlapp said in a tweet addressed to Sanders.

“It’s why America hates the out of touch leftist media elite,” Mercedes Schlapp tweeted, referencing her husband’s tweet about “the swamp.”