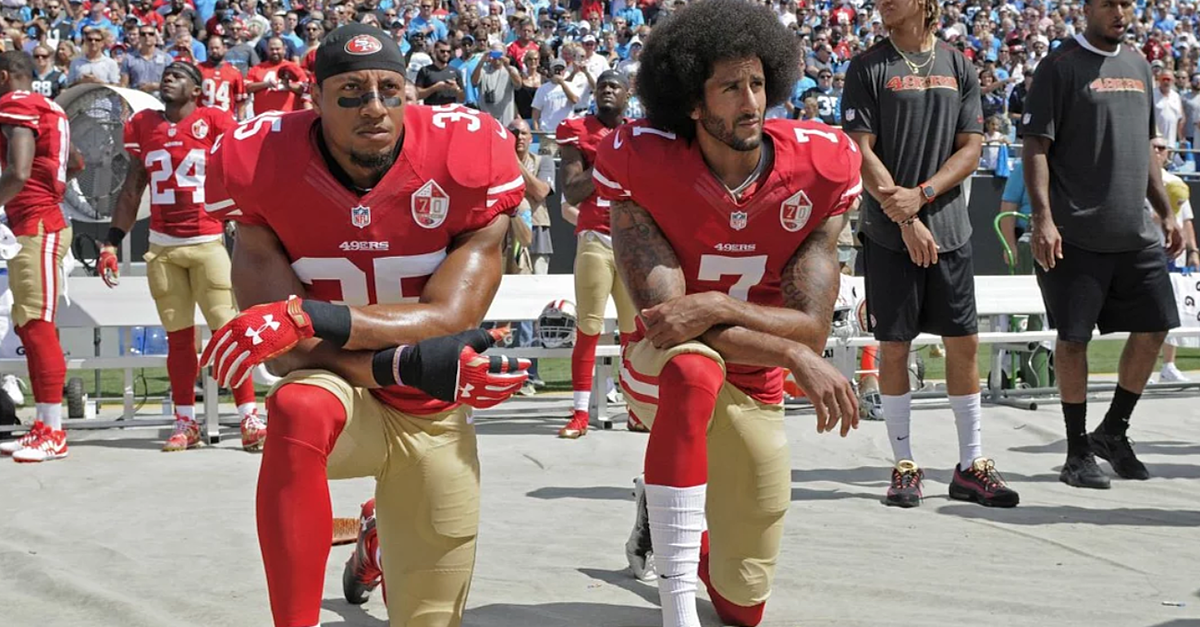 Reid was the one of the first NFL players to join Kaepernick in protesting the national anthem.

NFL free agents Colin Kaepernick and Eric Reid were seen working out together at Cal State East Bay on Tuesday, according to Cam Inman of the Bay Area News Group.

Both Kaepernick and Reid remain unsigned, largely due to their roles in the national anthem protests that surrounded the NFL in the past two years.

“We’re not doing interviews,” Kaepernick said. “We’re just here getting in a workout.”

Reid was one of the first players to take a knee beside former teammate Kaepernick for part of the 2016 season.

Both players have filed grievances against the NFL for collusion, with Reid submitting his request last week.

• Eric Reid Grievance: How The CB Can Win His Case

In March, Reid said he believes part of the reason he is still unsigned is because he kneeled during the national anthem with former teammate Colin Kaepernick to protest police violence and racial injustice. Patriots safety Devin McCourty expressed a similar sentiment, saying he believes Reid’s activism was playing a role in his free agency.

“The notion that I can be a great signing for your team for cheap, not because of my skill set but because I’ve protested systemic oppression, is ludicrous. If you think is, then your mindset is part of the problem too,” he tweeted.

Reid’s only visit with an NFL team came with the Bengals in April, where he was asked about his anthem protests.

Kaepernick hasn’t played since that 2016 season and filed a grievance last October against NFL owners for collusion, claiming they worked together to keep him off the football field because of his protests not his football ability.