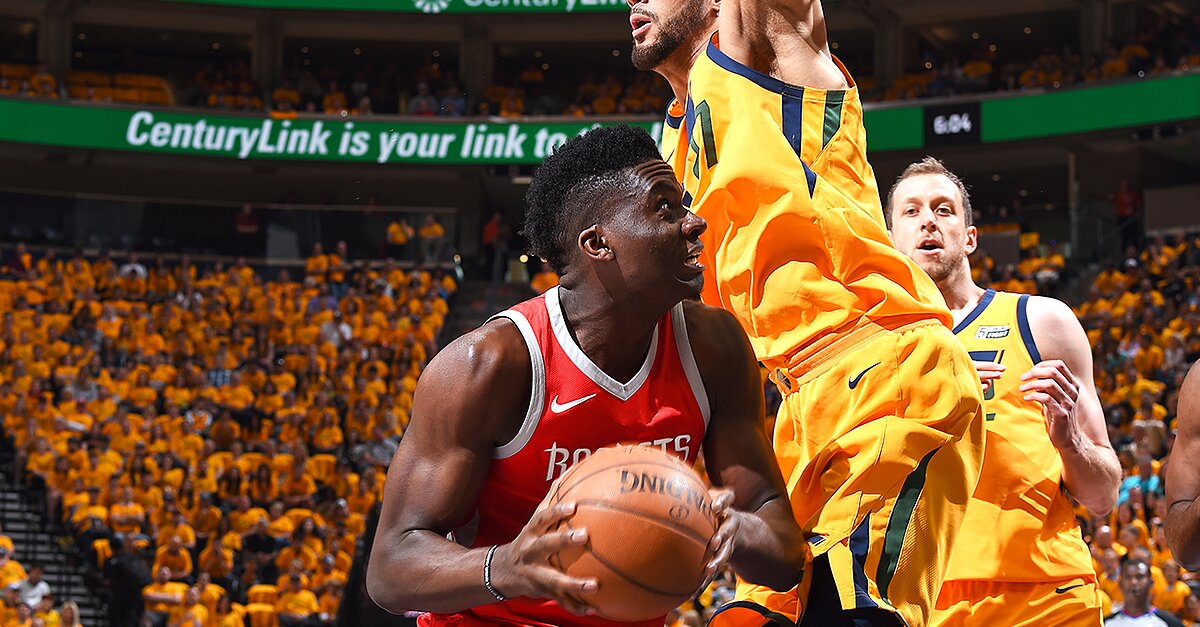 Chris Paul is one win away from his first appearance in the conference finals. The Houston Rockets took a 3–1 lead over the Utah Jazz with a 100–87 win Sunday night. Houston has won the last two games in the series—both in Utah—in convincing fashion. The Rockets are simply showing why they won the most games in the NBA during the regular season; their talent and relentless style of basketball is overwhelming the upstart Jazz.

Sometimes, there’s no incredible secret to discover in a playoff series. Utah is a good team. Houston is a better one. And as more possessions play out, the Rockets are just bearing out the facts. As Houston barrels toward a matchup with the Warriors in the Western Conference Finals, there is one bit of intrigue forming in this series: The play of center Clint Capela.

We discussed the havoc Capela wreaks in the paint after Game 3. When he’s at his most engaged, teams struggle to shoot within five feet, and the Jazz especially can’t afford to miss out on easy looks near the basket. What Capela has also shown throughout the playoffs, and many times in Game 4, is how effective he can be switching out onto smaller players. And that skill will be key in a matchup with the Warriors.

The last time Golden State lost a playoff series, Stephen Curry’s knee wasn’t at 100% and Tristan Thompson (among others) was successfully chasing him around the perimeter. Granted, that Warriors team didn’t have Kevin Durant, but if Capela can adequately harass Golden State’s guards around the three-point line, the gap between the Rockets and Warriors closes ever so slightly. If Curry isn’t a 100% again, it could have an effect against a top-six defense like Houston’s.

Don’t sleep on Capela’s ability to defend guards. Entering Sunday’s Game 3, Capela was guarding Jazz dynamo Donovan Mitchell for about four possessions a game. Mitchell was shooting only 33.3% against Capela through three games, despite attacking him nearly every chance he had. When Mitchell got going during the second quarter of Utah’s Game 4 loss, he did most of his damage against Houston’s wings, employing his athleticism advantage over P.J. Tucker or seeking out James Harden in switches. Capela, though not as accomplished as Rudy Gobert, has had much more success in this series tracking smaller players from the arc to the paint.

Houston’s defense has been so good all season in large part due to its wings’ ability to switch seamlessly. Tucker, Paul and Luc Mbah a Moute have added three rugged defenders to the team. But Capela is still the linchpin on that side of the court, and the better he plays against guards, the more it serves Houston’s offense as well. If Capela can stay on the court against the Warriors when Golden State goes small, it keeps the Rockets’ pick-and-roll attack intact. Capela may not be a spacer, but he gets his guards great looks in the paint. (The Rockets’ offense has been better with Capela on the court all year long.)

This is the point we’re at in the Western Conference playoffs. With both Houston and Golden State holding 3–1 leads, it’s fair to look ahead to the matchup we’ve been expecting for most of the season. The Warriors are going to be significant favorites, and the play of Harden and Paul will obviously be of extreme importance. But styles make fights, and playoff games can often swing in the margins. Capela is showing in this postseason he deserves to be considered as more than just a role player.