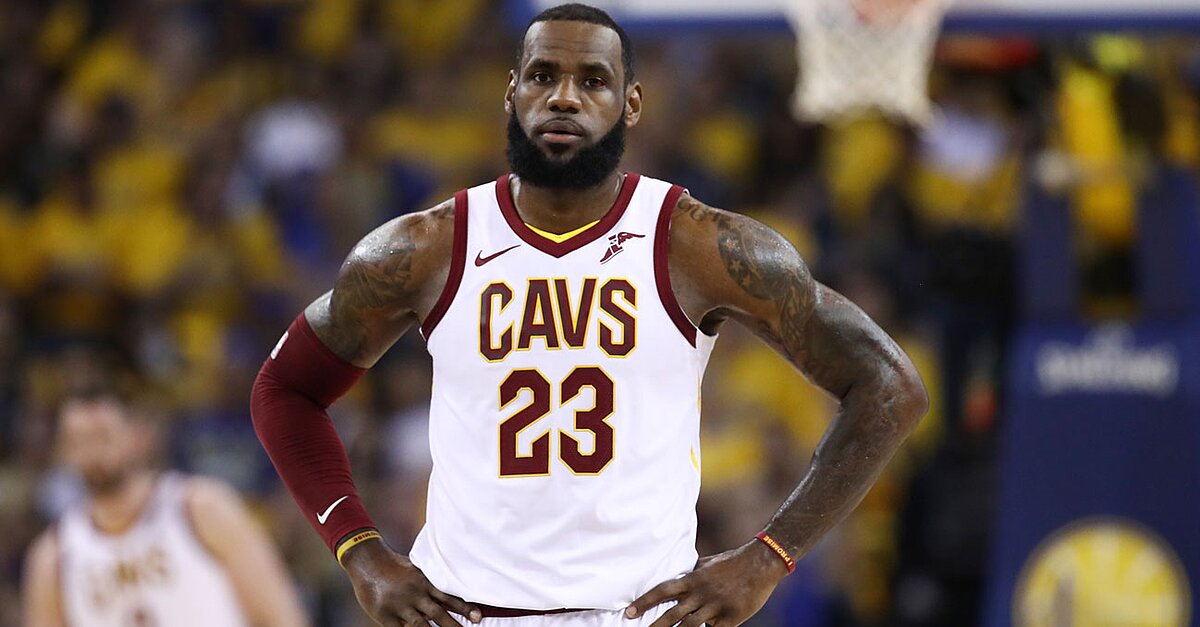 After a second consecutive loss to the Golden State Warriors in the Finals, the Cleveland Cavaliers again find themselves at a crossroads. LeBron James, coming off one of the most brilliant postseason runs in NBA history, is a free agent. (James has a player option that he is widely assumed to opt out of.) Cleveland has been significantly affected by each of James’ last two major free-agency decisions, and their fate once again hangs in the balance this summer.

This was, by all accounts, the most trying run of James’ last four years in Cleveland. From a preseason trade to a midseason shake-up, internal conflict to near-defeats, this team has been a continual source of drama, even for a LeBron team. Time and again, James has been pressed into heavy duty, expending inordinate levels of energy just to keep Cleveland afloat. For him to jump ship in search of a more stable and less taxing situation would be understandable, as would a desire to finish out his career in Cleveland.

Anticipating James’s next move comes down to faulty guesswork and is largely futile, and that reality makes the Cavaliers’ offseason all the more challenging. With that basic framework in mind, here are a few of the most prominent factors that will decide a critical summer.

Cleveland’s entire offseason—and long-term future—hinges James’ free agency, as does much of the activity around the rest of the NBA. James not only controls his own destiny, but will indirectly influences that of several other players and teams across the league as well. Such is the power that comes with being the greatest player of a generation.

The present version of James virtually guarantees his team a deep playoff run, and wherever he signs, that team will have an obligation to build a championship contender around him. Despite four consecutive Finals appearances, Cleveland’s ability to provide that infrastructure appears questionable. The roster that just lost in four games to the Warriors likely isn’t a tenable situation for winning titles in the near term, and drastically retooling the personnel will be difficult. With the notable exception of James himself, the core of this year’s Cavs team is largely past its prime and tied up in expensive multi-year contracts. Cleveland has little in the way of young talent or assets to dangle in trades to upgrade its roster, much less brace itself for the disastrous possibility in which James leaves.

Perhaps Kevin Love—slated to make over $24 million next season—is of interest to a team hoping to enhance its offense this summer, allowing Cleveland to add a more versatile, if less talented, piece better suited to defend in the playoffs. Kyle Korver and George Hill are still close-to-neutral assets. Koby Altman’s moves at the trade deadline, while admirable for their boldness at the time, didn’t do many favors for the Cavaliers long term. Jordan Clarkson, on the heels of a disastrous postseason, still has two years and $26 million left on his contract. Tristan Thompson’s remaining $36 million over two years starts to look unreasonable without a primary creator of James’ caliber. J.R. Smith will eat up close to $15 million next season unless Cleveland finds a team willing to take on that money.

It will take some salary cap gymnastics—and probably another heavy tax bill—to put a viable contender around James if he stays, and nearly as much maneuvering to shed money if he goes. Altman will have to restructure his roster regardless of where James signs in free agency. The variable will be the motivation for doing so.

James’ decision will set into motion a chain of events that could comprise one of the wildest summers in recent memory. Nearly everyone in the NBA will wait until his pronouncement to plot their own course of action, Cleveland included. James re-signing would essentially place a mandate on the front office to sign whoever necessary to keep the Cavs competitive (provided Dan Gilbert is willing to go deep into the tax, which, at this moment is unclear). If he signs with another team, Cleveland would have little reason to break the bank for what will likely be a lottery team.

Whoever the Cavaliers sign in free agency, the fringes of the roster will probably look markedly different than they did in 2018.

Hood cost himself a few million dollars this season, and may be best served signing a one-year deal somewhere and getting back on the market in 2019. Green may have played well enough this season to trick some middling team into signing him at more than his market value. The Cavs will have better options this summer. Calderon played sparingly in the postseason, and Perkins provided virtually no on-court value.

The timing of the draft—June 21—makes the strategy involving the eighth overall pick especially tricky. Free agency doesn’t begin until July 1, meaning that Cleveland must decide what to do with that pick before it knows James’ intentions. If operating under the assumption that James will stay, Altman may well choose to trade the pick for an established piece that could make a difference in the playoffs, thereby signaling to James an intention of remaining competitive. But that scenario also includes the perilous downside of being stuck with an old roster and next to no assets if James bolts. That outcome would be devastating, and probably not worth the risk.

The safer option would be to hold on to the pick, draft a relatively proven wing in the draft, and hope that’s enough to appease James. Prospects like Mikal or Miles Bridges, though not enough to singlehandedly move the needle against Golden State or Houston, should at least provide value in demanding, switch-heavy playoff settings. The best prospect available and most useful short-term piece could be one in the same by the time Cleveland is on the clock. This is the bind that uncertainty produces. The Cavs had better play their cards right. Even if they do, they still might get burned.

The Cavaliers have two distinct sets of needs to fill depending on which timeline James sets them down. Their most crippling flaw the last two years has been a lack of personnel capable of contributing positively on both ends of the floor. Any player with passable defensive utility imposes limitations on the other end of the floor; those with enough offensive talent seldom hold up on defense. Tyronn Lue generally favored more offensive-minded lineups, but either way, it created a stark line of distinction between James and his teammates. If James is on the Cavs next season, it may only be because they managed to stock their roster with enough two-way players good enough to inspire hope of winning a title. If Kawhi Leonard is available, Cleveland ought to be among the top bidders for him.

If the front office can’t coax a top-flight free agent or James flees for another team, the Cavs might consider making a run at luring a restricted free agent away from his current home, giving them a young piece around which to build. But making an offer significant enough for a home team not to match will be difficult given Cleveland’s salary situation, and the team will hardly have the resources to add to the roster without first taking away from it.

From a pure on-court standpoint, the Cavaliers might have the least allure of any realistic LeBron destination. Too frequently James was asked to be superhuman this season, and more often than not, he was. But the better he was, the more clear the disparity between him and his teammates became. He brought the Cavs closer to a title than any one man could, and still got swept.

San Antonio would bring out the best in LeBron, and vice versa. Where the Cavs often failed to execute the simplest of schemes, San Antonio is the most disciplined team in the league on both ends of the floor. The Spurs have talent, but not so much that James would have to relinquish any the steady command he likes to have over an offense. Kawhi Leonard, who possesses virtually no weaknesses, is as malleable a superstar as there is in the NBA, and would spare James some of the backbreaking offensive load he carried in Cleveland. The structure in San Antonio is such that James could strike an appropriate balance between being part of a system and being the system.

That balance didn’t exist in Cleveland. James did everything because he had to, and even he can only shoulder that burden for so long.