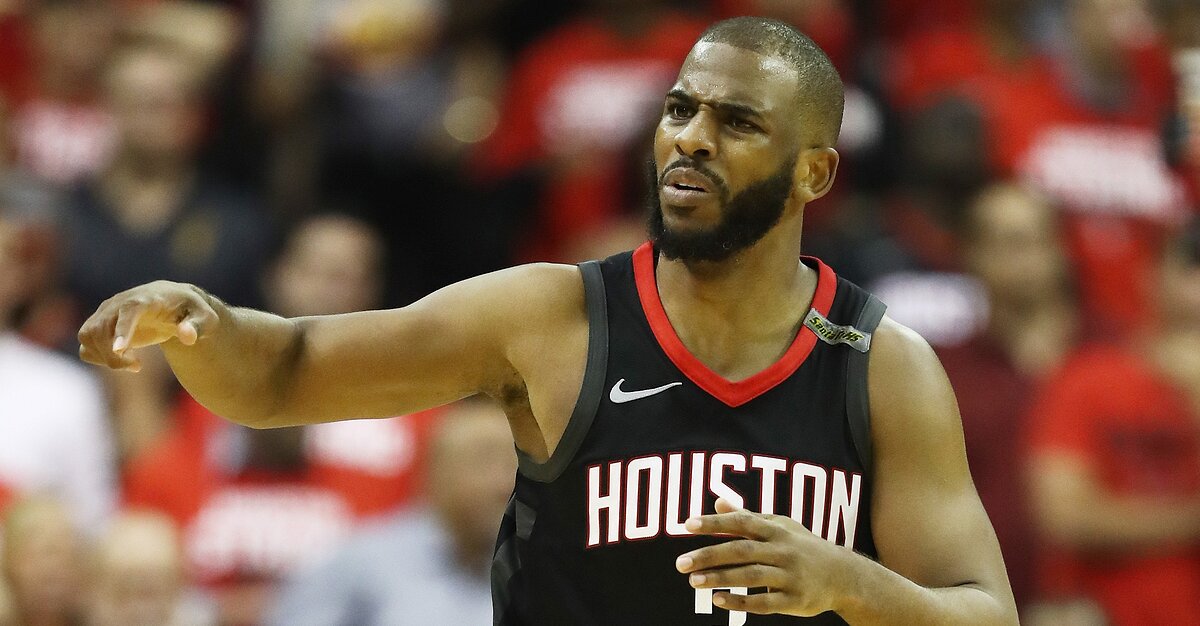 Paul will miss Game 6 after sustaining a hamstring strain in Game 5.

Rockets guard Chris Paul will miss Game 6 of the Western Conference finals with a hamstring strain, the team announced.

Paul hurt his hamstring late in the fourth quarter of Game 5 against the Warriors after an awkward landing. He left the game with less than a minute left and did not return.

The Rockets beat the Warriors 98-94 in Game 5 to take a 3-2 series lead in the Western Conference finals. They will head to Oakland for Game 6.

Paul will be re-evaluated after the team returns to Houston.