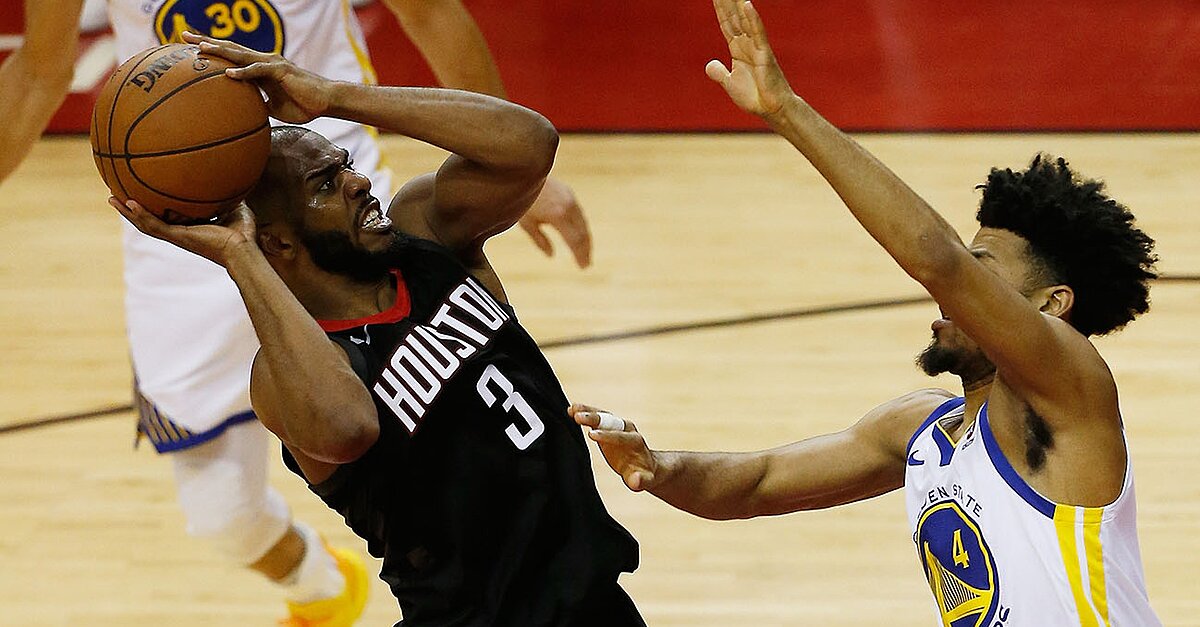 Chris Paul suffered a right hamstring strain at the end of Game 5 of the series, which kept him out of Game 6.

Rockets guard Chris Paul will miss Monday’s Game 7 against the Warriors because of his right hamstring injury, coach Mike D’Antoni told reporters before the game.

Paul went down in the final minute of Game 5 with the injury, holding his leg as he went to the ground following a shot attempt. He sat the final few possessions of the contest and then missed all of Game 6 on Saturday.

Despite being dressed on the bench, Paul didn’t see any action in the 115-86 Warriors win due to the right hamstring. Paul has battled injuries this entire season and played in only 58 games in the regular season due to hip, hamstring, knee and groin ailments.

Through 15 games this postseason, Paul is averaging 21.1 points, 5.8 assists, 5.9 rebounds and two steals and the Rockets are 11-4 in those contests. Including Saturday’s defeat, Houston is 15-10 in games without the nine-time All-Star this season.

The Warriors are going to be without 2015 Finals MVP Andre Iguodala for the fourth straight game because of a leg injury. They are 1-2 in the three games without Iguodala this series.

The Rockets are looking to get back to the Finals for the first time since 1995 when they won their second of back-to-back titles. In franchise history, the team is 4-1 in Game 7s at home.