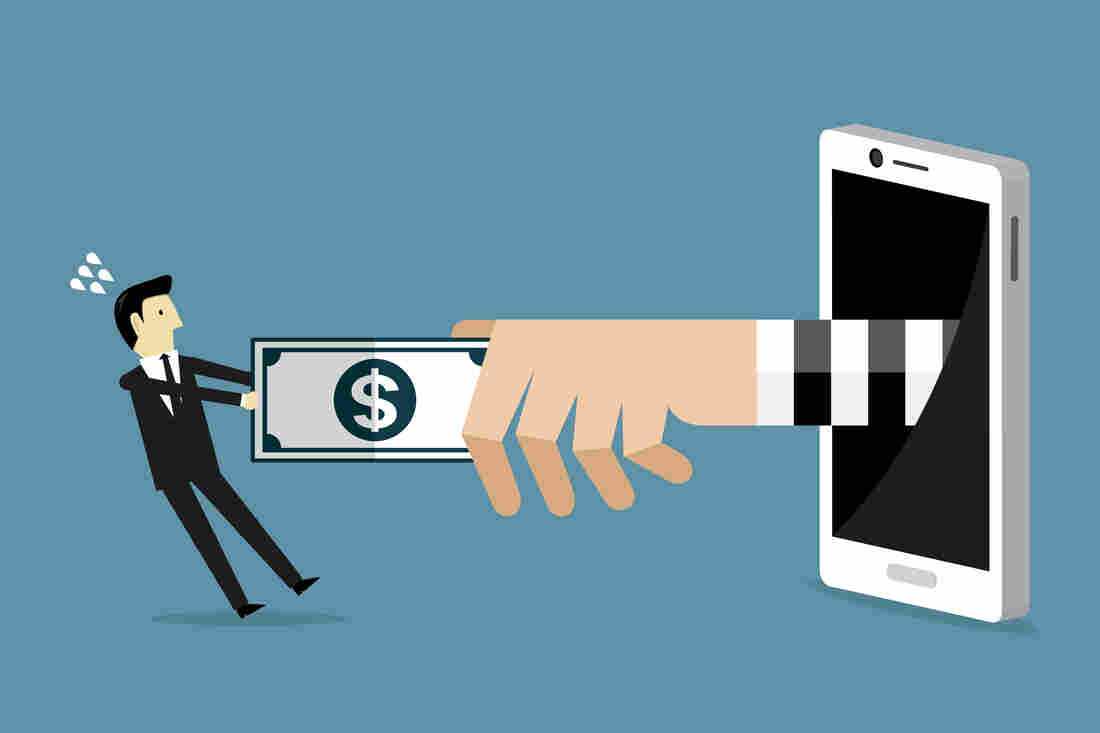 The NYPD has received 30 complaints from people who have lost money to a Chinese-language robocall scam. Ja_inter/Getty Images/iStockphoto hide caption 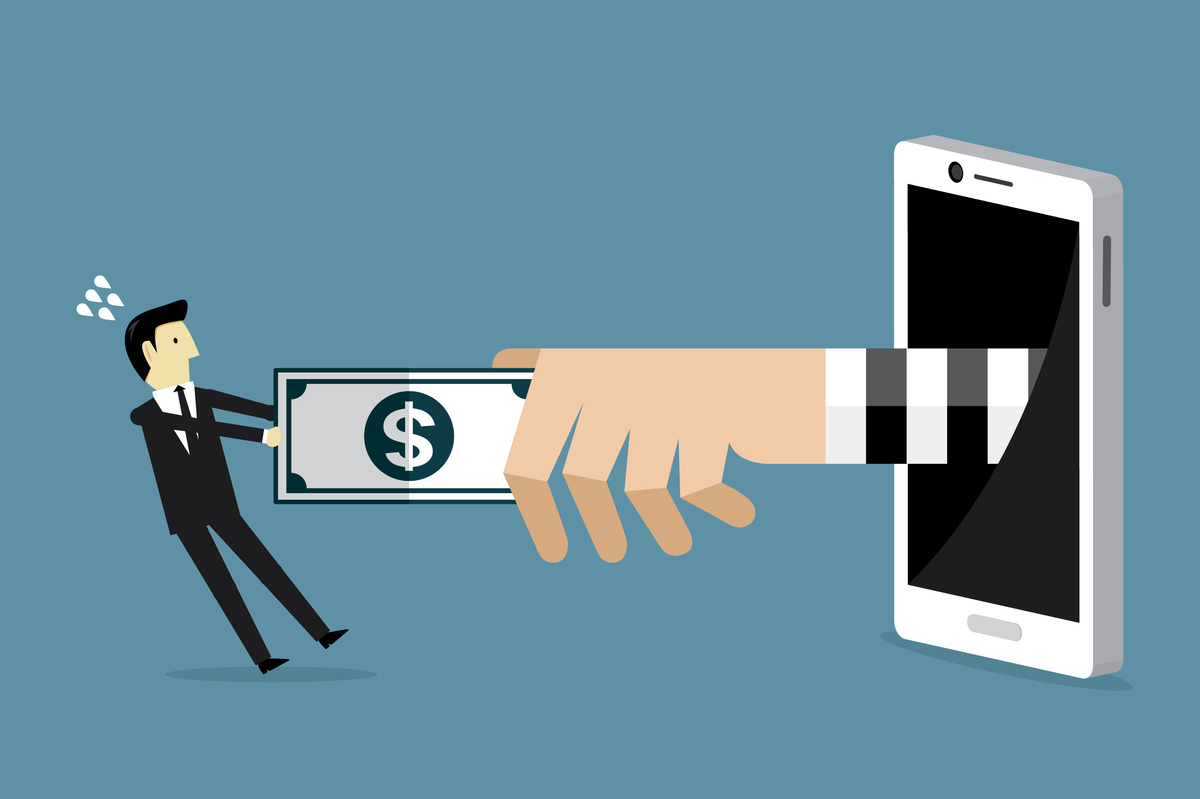 The NYPD has received 30 complaints from people who have lost money to a Chinese-language robocall scam.

If you live in a part of the country that has a large Chinese immigrant population, you may have recently received a robocall in Mandarin — or even several of them. The calls seem to be blanketing certain phone exchanges without regard to the national origin of the recipients. Presumably, this is how the New York Police Department ended up on the call list.

NYPD Officer Donald McCaffrey, who works in the Queens grand larceny division, is investigating the calls in New York City. He has also been receiving them on a daily basis.

“I get them also, in the NYPD building,” McCaffrey says. “I have an NYPD department cellphone and I get them on the cellphones, also. It is out of control.”

Non-Mandarin speakers may find the robocalls baffling — or annoying — and just hang up. But some Chinese immigrants who have followed the robocall’s prompts have found themselves sucked into an international phone scam.

The calls first came to McCaffrey’s attention in December 2017, when a 65-year-old Chinese woman complained to the NYPD that she had been scammed out of $1.3 million.

“She called to report that someone from the Chinese Consulate called and said she needs to call the Beijing Police Department because she’s being investigated for financial crimes over in China,” McCaffrey says.

The robocall messages are usually some variation on that theme: This is the consulate; we have an important document that needs to be picked up; it may affect your status in the U.S.; press a button to speak with a specialist — and that is when a connection is made to a live scammer.

That person then tries to execute what is known as a “parcel scam.” They pretend to be from a courier company and claim that a package addressed to the victim is connected to a criminal case. The phone call is then transferred to a fake police officer who says that it’s a money laundering investigation and that if they transfer money to a Hong Kong bank account, the police will resolve the case.

So far, the NYPD has received 30 complaints from people who have lost money to this robocall scam. Officer McCaffrey estimates $3 million has been stolen from the city’s residents. The NYPD and security experts who have looked into these calls say they think the calls are originating in mainland China.

The Consulate General of the People’s Republic of China in New York says it has been been getting about 100 calls a week from people complaining about the scam and has posted a warning on its website. The consulate became aware of the phone scam last August.

Ma says he has reported the calls to the Chinese police but was told it would be very difficult to track down the scammers. “These calls could easily be made from anywhere in the world, from Europe or Africa or Asia,” he says. He adds that he has heard about similar scams that originate in Taiwan and parts of Southeast Asia.

In the U.S., the scam isn’t limited to New York. Similar calls, in Mandarin, have been reported in cities such as Boston and Houston. The Chinese consulates in San Francisco and Los Angeles and the embassy in Washington, D.C., have issued warnings about the scam. The Federal Trade Commission, which helps consumers and law enforcement collect information on illegal phone calls, has posted its own warnings.

The calls have also surfaced in Australia and Canada. At a press conference last year, Staff Sgt. Annie Linteau of the Royal Canadian Mounted Police said the calls reported to the RCMP accused the recipient of a financial crime, just like the calls the NYPD is investigating, but then, the victims are “instructed to isolate themselves, and their family in China are made to believe their loved ones in Canada are abducted.” The RCMP calls this scheme “virtual kidnapping.”

“You wouldn’t expect it, but people do fall for that sort of thing,” says Ben Yates, a lawyer based in Hong Kong specializing in cybersecurity and cryptocurrencies at the international law firm RPC.

Yates suspects Chinese living overseas, even law-abiding citizens, are vulnerable because they have legitimate worries about the government monitoring their activities.

“If you’re based overseas and you’re from mainland China, then you may be concerned about the authorities questioning what you’re doing,” he says. “Whether it involves transferring money out of China or other aspects of your activities, it could be all kinds of things the authorities could have an interest in.

“You have to understand the sort of regime they’re used to dealing with and the sort of political and legal system that operates in mainland China that might be quite different to what you’re used to in the U.S.”

To add to the confusion, the calls look legitimate because scammers are able to make the caller ID display the number for an actual Chinese consulate. This is known as “spoofing” and is a common, illegal tactic to get people to answer robocalls, which are illegal in the U.S., unless you’ve been asked to be put on a call list.

Ben Yates says that although the scammers are likely operating out of mainland China, the money is often sent to a Hong Kong bank account where it’s easier to open an account and raises less suspicion from authorities because of the high volume of international transactions there.

A lack of Mandarin-language skills may protect some people from this robocall scam, but it’s not the only one out there. Robocalls are the top complaint at the Federal Communications Commission, with more than 4.5 million in 2017, up from 3.4 million in 2016.

One way to cut down on unwanted calls is to put your phone number on the National Do Not Call Registry.

But the best way to avoid being scammed? When the voice on the other end is a recording, just hang up.