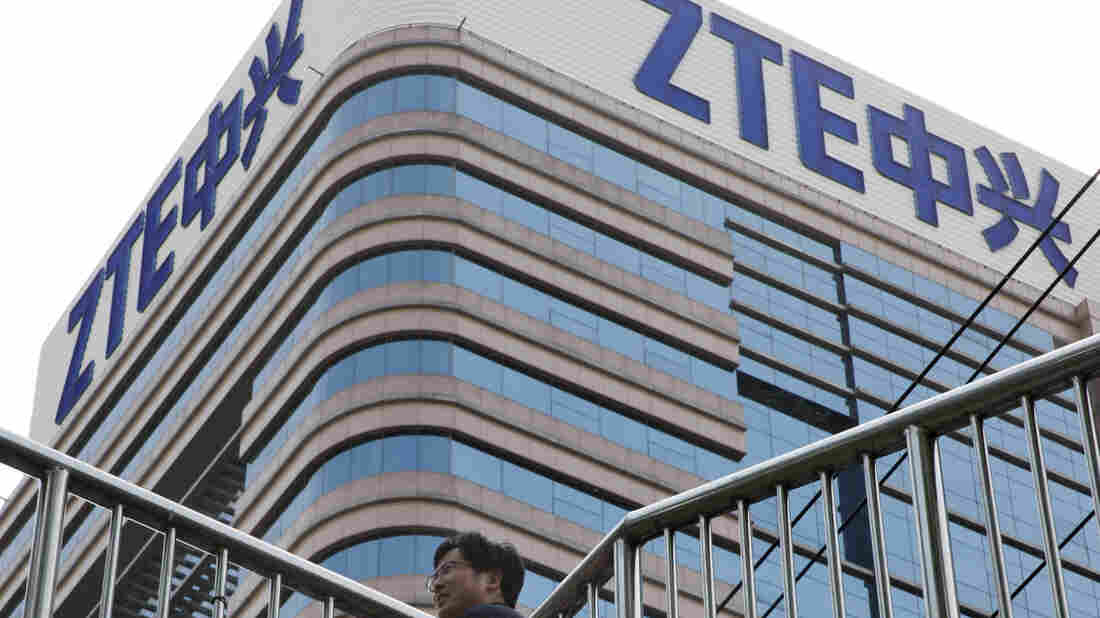 A man walks past a building with the ZTE logos in Beijing in a photo taken last month. Ng Han Guan/AP hide caption 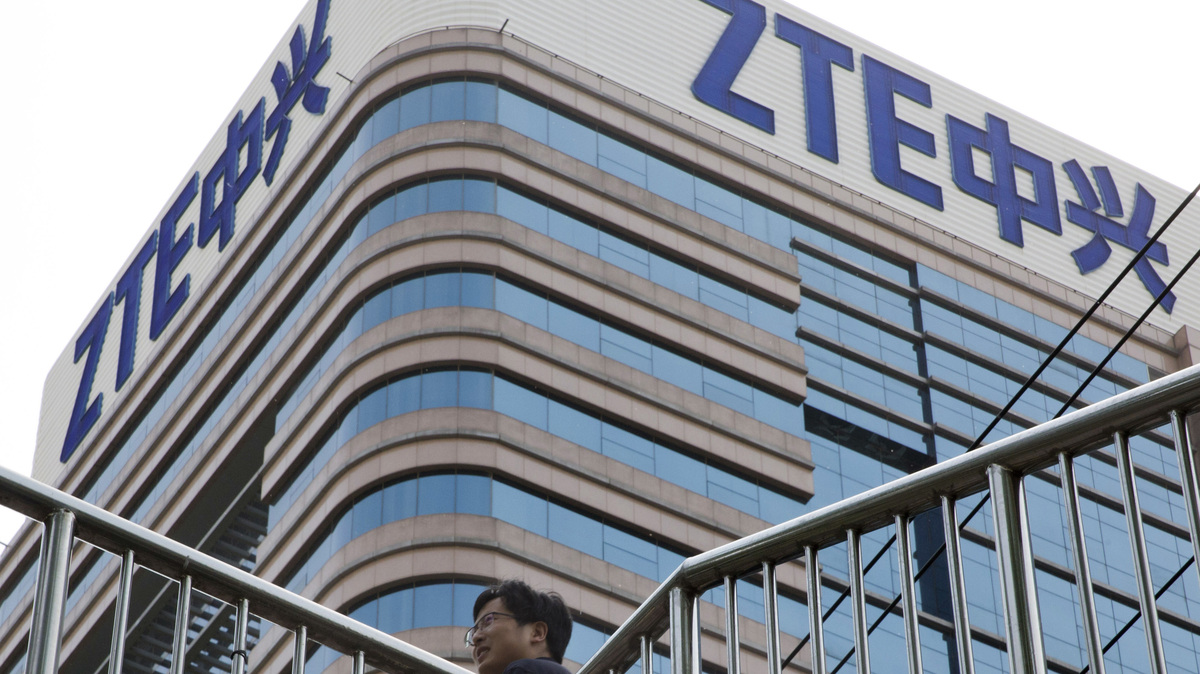 A man walks past a building with the ZTE logos in Beijing in a photo taken last month.

Chinese cellphone maker ZTE Corp. — the target of U.S. sanctions before President Trump ordered an abrupt about-face last month — has reportedly agreed to a preliminary deal to lift a U.S. Commerce Department ban on it buying from American suppliers.

ZTE was originally sanctioned for illegal sales to Iran and North Korea but agreed to take corrective action. When U.S. regulators found that the company had not complied with the terms of the agreement, they cut off ZTE from its U.S. parts suppliers, a move described as a “death sentence” by the company, which employs 70,000 people in China.

However, last month, Trump tweeted that “too many jobs in China” were being lost because of the U.S. action and that he had instructed the Commerce Department to find a solution.

President Xi of China, and I, are working together to give massive Chinese phone company, ZTE, a way to get back into business, fast. Too many jobs in China lost. Commerce Department has been instructed to get it done!

While the Commerce Department on Tuesday said, “no definitive agreement has been signed by both parties,” Reuters, citing sources, says that a tentative deal has been reached:

“The preliminary deal includes a $1 billion fine against ZTE plus $400 million in escrow to cover any future violations, sources said, adding that the terms were in line with Reuters reporting on the U.S. demands on Friday.

“The sources requested anonymity because they were not authorized to publicly discuss the matter.

“The Commerce Department plans to amend its 2017 settlement agreement and count the $361 million ZTE paid as a part of that, allowing the United States to claim a total penalty of as much as $1.7 billion, the sources said.”

Separately, The South China Morning Post reports that ZTE has sent out letters of reprimand to 35 current and former employees involved in the illegal sales to Iran as it sought to claw back bonuses from those responsible individuals who had already left the telecom firm.

According to the Hong Kong-based English-language daily, “The reprimand and forfeiture of bonuses were part of the original settlement that ZTE had reached with the US government. ZTE’s failure to comply with these terms triggered the suspended denial order that prohibits American companies from doing business with the Shenzhen-based company, plunging it into crisis. ZTE has also been replacing some of its top executives in a bid to make good on its pledge.”

Earlier, the Post reported that an Indonesian property development firm with ties to Trump was given $500 million in Chinese government loans around the time of the sudden policy change on ZTE, leading some to suggest a possible quid pro quo.

And last week, the Daily Beast reported that a day after the president said he wanted to help ZTE, the tech company hired the Mercury Public Affairs firm to lobby on its behalf in Washington. According to the news site, Mercury’s consultant on the account is Bryan Lanza, a veteran of Trump’s 2016 presidential campaign.