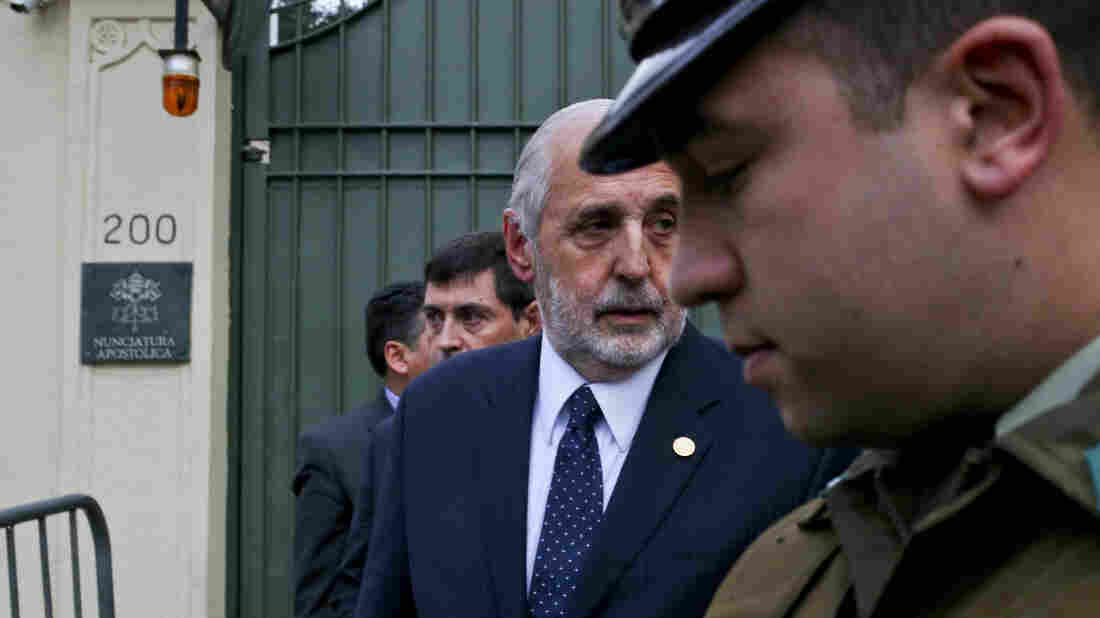 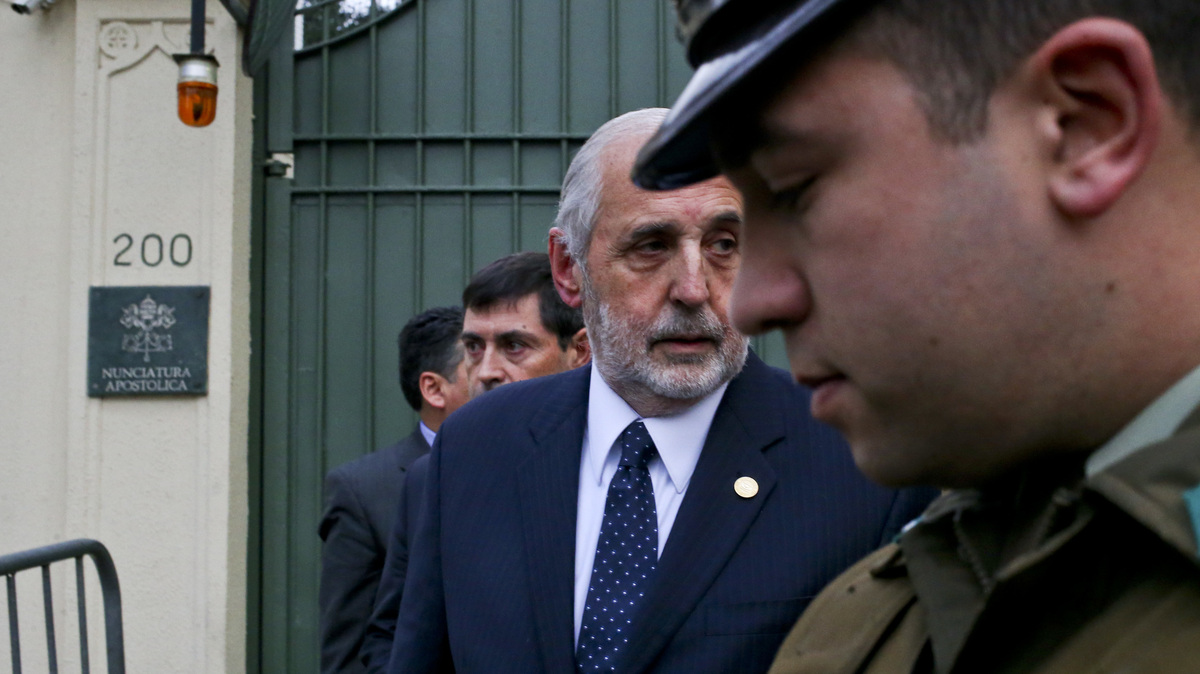 Police in Chile raided the offices of the Catholic church in two cities Wednesday, seizing documents related to a sex abuse scandal that has led to the resignation of three bishops and bruised the Vatican’s reputation in South America.

Police targeted the Santiago Ecclesiastical Court and the bishop’s office in Rancagua in the O’Higgins region in central Chile. 14 priests in the region are accused of performing sexual acts on minors, the Associated Press reported. Prosecutor Emiliano Arias led the raid in Santiago.

“In Chile, we are all subject to common justice,” he said, according to the AP.

The raids are the latest chapter in a long-running scandal surrounding the suspected sexual misconduct of Catholic clergy in Chile.

For years, Chilean Bishop Juan Barros was accused of not reporting a pedophile priest, his mentor Rev. Fernando Karadima. And for years, Catholic leaders including Pope Francis defended the bishop. As recently as January 2018, the Pope visited Chile and said there was “not a shred of evidence,” against Barros, NPR’s Sylvia Poggioli reported.

Then the defense began to crack.

Later that month, the Vatican sent its top sex crimes investigator to Chile to look into claims of abuse. Archbishop Charles Scicluna and Spanish Monsignor Jordi Bertomeu produced a 2,300-page report on allegations that bishops in Chile were silent as priests raped and molested children.

In April, the Pope acknowledged he had made “serious mistakes” in his handling of the sex abuse scandal in Chile and summoned the country’s bishops to Rome to discuss it, Sylvia reported.

All of the active Catholic bishops in Chile offered to resign in the wake of the scandal.

Earlier this week, Pope Francis began accepting those resignations, starting with Barros and two others. The Pope previously met with abuse victims and asked for their forgiveness. Vatican Correspondent Joshua McElwee of the National Catholic Reporter told NPR that was an extraordinary move, adding “to meet with abuse victims who described the meetings with him as incredibly personal – that he asked for forgiveness on his own behalf and really kind of fell on the sword and said how wrong he had been.”

The raids came as Scicluna and Bertomeu returned to Chile for what the Vatican described as a mission to “advance the process of reparation and healing,” according to Crux.

The Vatican’s investigators Scicluna and Bertomeu met with prosecutor Abbott to coordinate their response to the sex abuse scandals, Reuters reported. Abbott said church and civilian authorities would create a system to protect victims who lodge complaints, according to the Associated Press.