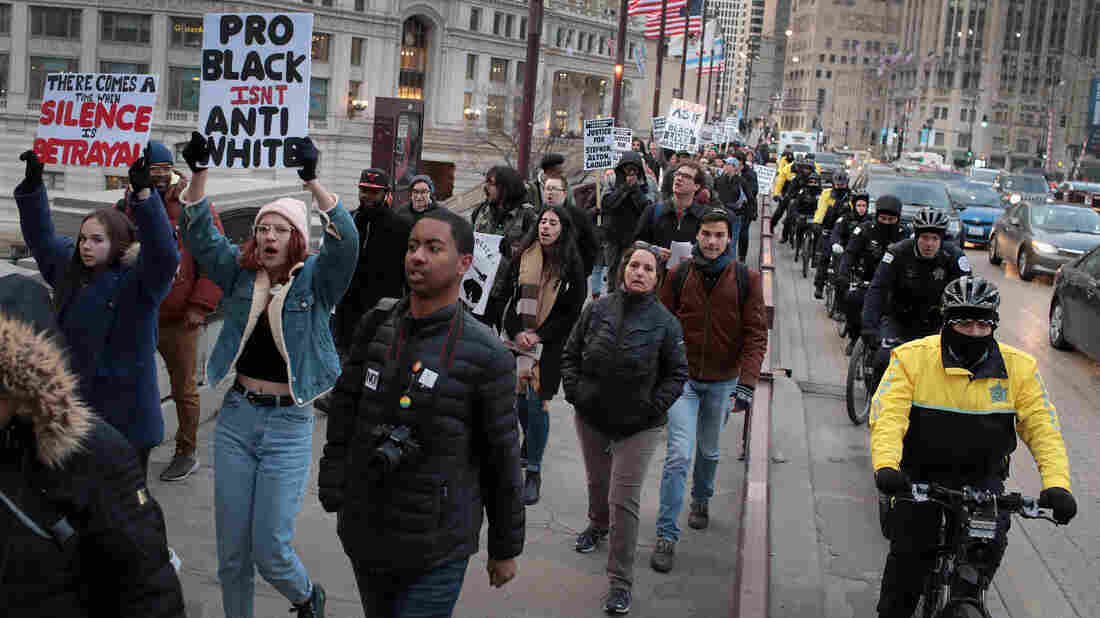 In recognition of the 50th anniversary of the death of the Rev. Martin Luther King Jr., and in solidarity with the family and supporters of Stephon Clark and others killed by police, demonstrators protest and march in the Magnificent Mile shopping district on April 2, 2018 in Chicago. Scott Olson/Getty Images hide caption 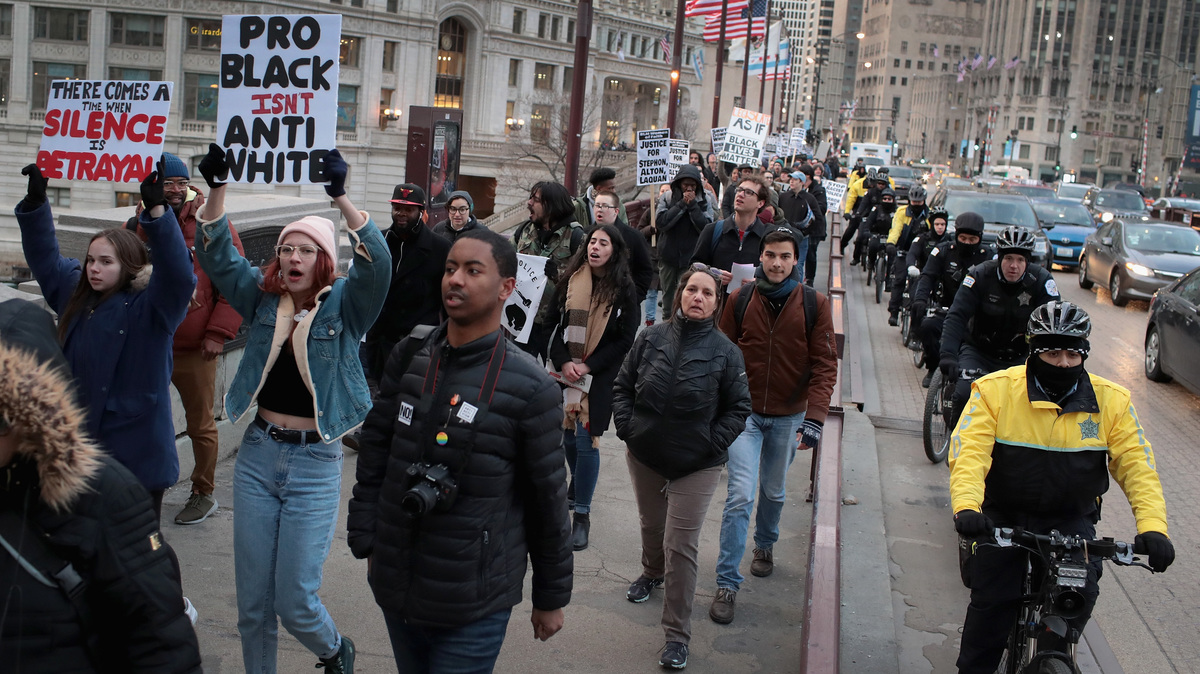 In recognition of the 50th anniversary of the death of the Rev. Martin Luther King Jr., and in solidarity with the family and supporters of Stephon Clark and others killed by police, demonstrators protest and march in the Magnificent Mile shopping district on April 2, 2018 in Chicago.

With the rise of videos showing violent and often deadly encounters between police and citizens, there’s also been an increase in the creation or expansion of civilian oversight groups to monitor police departments. Today, there are about 18,000 police departments in the U.S. and, according to the National Association for Civilian Oversight of Law Enforcement, there are about 200 civilian groups that monitor police.

In Chicago, residents are calling for sweeping changes and worked for months to design a new way to monitor police behavior. After months of discussions and meetings, there are four dueling proposals for a new police watchdog agency in Chicago that more actively involves citizens.

Two proposals — favored by Chicago’s mayor — are modeled after civilian oversight groups in Seattle and Los Angeles County. They recommend and review police procedures, but serve only in an advisory role.

Two other proposals offered by community groups give citizens a much more hands on approach.

MeCole Jordan, a spokeswoman for the Grass Roots Alliance for Police Accountability, says citizens must have more of a say-so when it comes to how Chicago police operate.

“When policies are drafted outside of community input we have a slew of consequences that our community bears the brunt of,” Jordan said.

The GAPA proposal calls for electing people to a board which would have the power to select and remove the police superintendent.

“CPAC is about something all together different,” said Larry Redmond, who is with a group pushing for it. “We are talking about ending the power structure as it currently exists.”

Community control, says Redmond, rather than oversight. It’s a controversial proposal that give citizens the power to also investigate officers.

Kevin Graham, head of the Fraternal Order of Police in Chicago, says when it comes to monitoring police and the job they do, it should be left up to professionals familiar with police operations.

“When you have civilians, I’m sure they watch a lot of television,” he said. “I’m sure they have well-meaning interests, but the reality is they don’t know how a police department works.”

Barbara Attard, an accountability and police practices consultant says civilian oversight is always evolving, “and it’s always a negotiation. It’s a negotiation between the government, the police union and the community.”

Public hearings resume Tuesday in Chicago. The first one was contentious from the very start as people packed an assembly room and argued about the meeting process. One woman, Armanda Shackelford, angrily charged that police had abused her son.

“This need to stop, police need to be held accountable,” she said.

As negotiations continue in Chicago over which model is best, all involved say it’s a given that there will be a new civilian police oversight body here. It’s just one of many steps underway in the attempt to build a more trusting — or at least respectful — relationship between the city’s police and its residents.