Chelsea and England midfielder Ruben Loftus-Cheek has hinted that he might be willing to join Newcastle United.

According to Magpies fan website NUFC Blog, the England midfielder has been coveted by Newcastle manager Rafael Benitez for some time, and the Spaniard has previously attempted to sign him on loan. In addition, Loftus-Cheek is likely to seek a move away from Stamford Bridge if he is confined to the bench by new Blues manager Maurizio Sarri.

Quoted by NUFC Blog, Loftus-Cheek said: “I’ve had a taste of what Premier League football is like and I don’t want to miss out on that next season.”

Referring to Sarri, he added: “I just try to do my best every time I play, and if he is watching then he’s watching. But for me I don’t think about that. I think of trying to play my best football and improve as much as I can.”

The only potential stumbling block is that Loftus-Cheek would have to make a permanent move to St. James’ Park. Having already acquired Kenedy on a season-long loan from Chelsea, the Magpies are prohibited from acquiring another loanee. 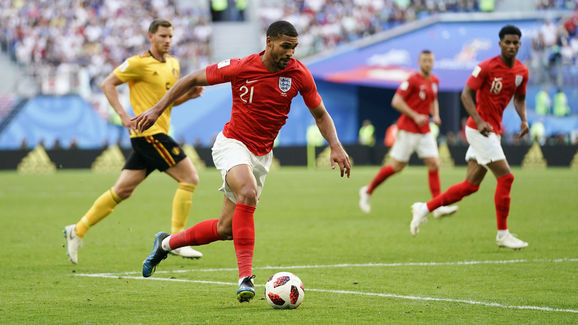 Nevertheless, it is possible that the revenue from the sales of players such as Mikel Merino and wantaway striker Aleksandar Mitrovic would enable Newcastle to make an acceptable bid for Loftus-Cheek.

As well as his heroics for the Eagles, the 22-year-old also featured for England at the FIFA World Cup in Russia – most notably when he deputised impressively for the injured Dele Alli in the Three Lions’ 6-1 thrashing of Panama.