Chelsea defender Antonio Rudiger has spoken about Liverpool manager Jurgen Klopp ahead of Sunday’s game, and claims that the German makes players feel like they are ‘the best in the world.’

Rudiger came through the academy at Dortmund whilst Klopp was the first team coach before moving on to Bundesliga side Stuttgart in search for first team opportunities. 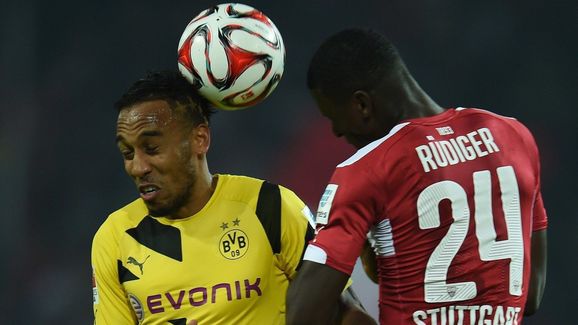 The pair are set for a reunion on Sunday when Klopp’s Liverpool side face Rudiger’s Chelsea in what could be a crucial clash in the race for a top four place, and Rudiger also has a plan to stop former teammate Mohamed Salah.

In an interview with Football London, Rudiger said: ”I spoke to him [Klopp] twice, because he used to watch a lot of academy games. He invited me also to a friendly match. I was 16, or something like that.

”When he spoke to me at the friendly match I saw he’s a coach that gives you motivation, like you’re the best in the world. That’s very good and one of his best skills as a coach.”

Despite never making a first team appearance at Dortmund, Rudiger has no regrets about his decision to leave the German club.

”For me, it was important because at the time it was the Dortmund that won the league twice in a row. There was almost no chance [to make my debut]. So for me, I was young but I was very realistic. I knew okay, maybe I need to go.

”It wasn’t a step back, maybe it was even a step forward. I went to a team that was a bit more low but I was playing. I knew for myself I had to leave Dortmund to play first-team football. He [Klopp] had nothing to do with it, because I was in the youth.”