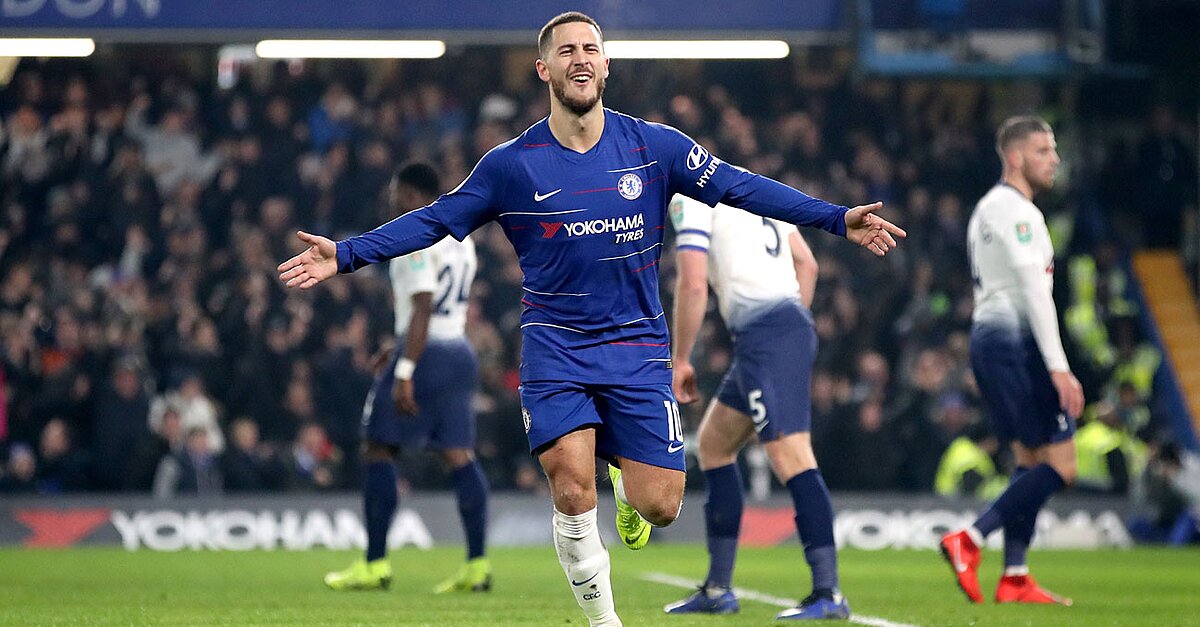 After receiving harsh criticism from manager Maurizio Sarri, Chelsea responded with a lively display against an injury-riddled Tottenham, securing a place in the League Cup final vs. Man City with a penalty shootout triumph.

In the battle of two managers without a trophy to their names, it was Maurizio Sarri who came out on top, and who goes forward to Wembley to contest the Carabao Cup final with Manchester City. A ferociously contested, gripping second leg had ended in a 2-1 Chelsea win, a 2-2 draw on aggregate, but as Eric Dier and Lucas Moura failed in the ensuing penalty shootout–there’s no extra time in League Cup fixtures–it was Sarri’s side that progressed. And so for Mauricio Pochettino, the albatross of never having won silverware remains and, worse, the ravages of fatigue and injury seem ever more apparent in his squad.

After defeat to Arsenal on Saturday, Sarri had spoken of his team’s lack of aggression and the difficulty of motivating this group of players. He followed that up on Wednesday by suggesting Eden Hazard, great player that he is, isn’t much of a leader. It seemed a high-risk strategy: Chelsea’s squad has had a habit over the years of deposing managers who have publicly criticized them. But a lot depends on who the manager is and what relationship he has with the players.

Sarri is not Antonio Conte, Jose Mourinho or Andre Villas-Boas. There is no gulf between him and his players. His approach is paternalistic, and he has no history of falling out with senior players. In that context, questioning his players’ attitude, rather than exacerbating existing tensions, may come as a necessary and useful shock. It’s too simplistic to suggest the effects of that provocation could be seen here–motivation is never likely to be an issue in a cup semifinal against a local rival–but from the first whistle, there was greater energy, snap and focus to Chelsea.

Hazard, who did initially respond positively to Mourinho’s attempts to make him a tougher, more defensively responsible player, was excellent. It’s debatable to what extent that was the result of him being stung into action and to what extent it was a result of him being restored to his preferred position on the left flank as Olivier Giroud came in at center forward.

His goal seven minutes before halftime, which put Chelsea 2-0 up on the night and gave it the lead in the tie, was a perfect demonstration of the better balance to the forward line with Giroud in the middle and Hazard coming in off the left. It was the Belgian, cutting infield, who initiated the move after a quickly taken Ross Barkley free kick. Then, when the overlapping Cesar Azpilicueta crossed, Giroud’s movement created space for Hazard to prod in and finish.

The other major question about Chelsea this season has centered on the midfield and the lack of goals it produces. Most concerning has been the issue of N’Golo Kante, one of the world’s great midfield anchors pressed into emergency service as a box-to-box player to accommodate Jorginho. The three league goals the French World Cup-winner has managed this season make this his most productive season as a professional, and he added another here, finding an extraordinary amount of space at the edge of the box as a corner was cleared. He drove in a low volley that skidded through the legs of two Tottenham defenders before completing a hat trick of nutmegs bypassing between the legs of the unsighted goalkeeper Paulo Gazzaniga.

Wearily, Spurs dragged themselves back into it, finding in the second half new reserves of energy, as it had at Fulham on Sunday. It levelled the tie as Fernando Llorente, after another generally unimpressive display, contorted his body to head in Danny Rose’s cross, but it came at a cost. To an already extensive injury list were added Ben Davies and Moussa Sissoko–both apparently the victims of muscular injuries. Although Victor Wanyama is expected to return for the FA Cup tie at Crystal Palace on Sunday, Tottenham is also without Harry Kane, Dele Alli (injuries) and Son Heung-min (international duty).

For Chelsea, meanwhile, this may not just be about progress to a semifinal. After the frustrations of recent weeks, this may be just the kick-start the season needed, particularly with Gonzalo Higuain, who was in the stand at Stamford Bridge, ready to come in at center forward, allowing Hazard to return more permanently to the left flank.

There are still issues to resolve and the queries over Kante’s position have not been resolved by a goal, no matter how sweetly struck or how important it was, but at least the sense of drift has gone. Sarri’s rant at the Emirates may have been just the jolt that was needed.