Chelsea are reportedly looking to offload midfielder Danny Drinkwater this summer in order to make room for the arrival of Nice’s Jean Michael Seri.

The former Leicester man only made five Premier League starts last season after moving to Stamford Bridge, and the Blues are willing to cut their losses on the player.

The £30m signing was a last minute arrival at the club as the Blues looked to retain their Premier League title. However, as many expected, Drinkwater had little to no effect at Stamford Bridge, and soon found himself down in the pecking order behind N’Golo Kante, Cesc Fabregas and Tiemoue Bakayoko.

And now it seems the Blues are willing to cut their losses, with The Mirror reporting that Drinkwater’s time at the club has already come to an end after only one campaign.

While there’s no mention of any interested clubs in the report, nor is there any clue as to how much Chelsea would be willing to accept for the midfielder; the idea in his exit would be to both make room and raise funds for Jean Michael Seri. 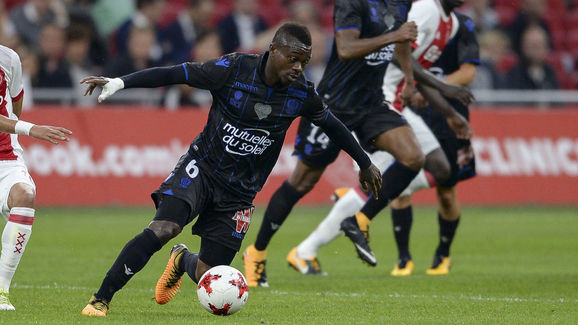 The Ivorian has received a lot of interest over the last year – Arsenal, Manchester United and Barcelona the three clubs most frequently linked. However, it appears the Blues are the closest to tying him down, with reports emerging that they’re in advanced talks with the player.

This is going on despite the current controversy regarding their manager. Antonio Conte is expected to leave the club soon, but finding a replacement seems to be the problem.

While Maurizio Sarri has long been thought as the next manager at Stamford Bridge, any potential deal has hit a stumbling block over the £7m fee the club would be required to pay to buy the Italian out of his Napoli contract – as well as the substantial money Chelsea would owe Conte were he to be sacked.