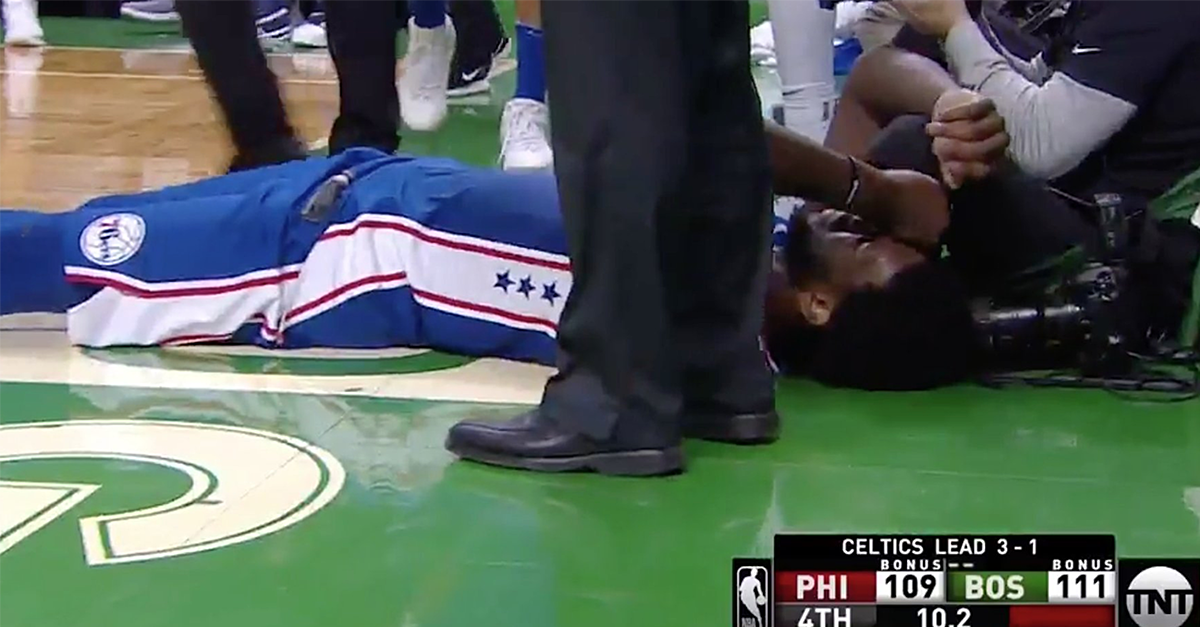 The Celtics are moving on to the Eastern Conference finals after beating the 76ers on Wednesday 114–112, and Twitter had some thoughts.

The Celtics are moving on to the Eastern Conference finals after beating the 76ers in Game 5 on Wednesday 114–112.

It was back-and-forth all game, with Terry Rozier hitting a buzzer beater to help give the Celtics a 61–52 lead at the half.

But the Sixers would not quit and were led by Joel Embiid to make it close by the final two-minute mark. The big man in the mask recorded 27 points and 11 rebounds.

Al Horford had a monster dunk to get the Celtics within two points with under a minute left,

A turnover gave Jayson Tatum the chance to score and Boston took the lead from there.

But Philadelphia stayed until the final seconds. With 2.4 seconds left, the Sixers inbounded the ball, but Boston intercepted to win the game.

Twitter had a lot to say about the close game and ending.

The Celtics will face the Cavaliers in the Eastern Conference finals.