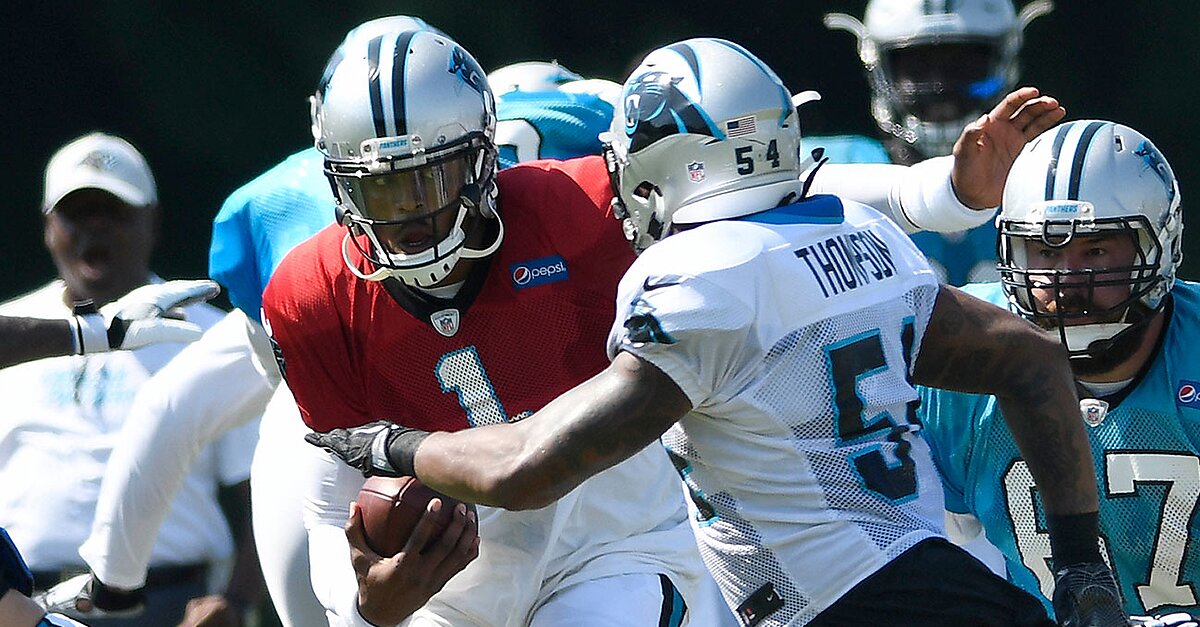 The Carolina Panthers enter the 2018 season with a new offensive coordinator in Norv Turner, who takes the reins in a mission to gel Cam Newton & Co. with one of the league’s top defense in 2017.

It’s 9:36 a.m. and Thomas Davis is at the center of a small, bouncing huddle of linebackers, shoving or headbutting anyone willing to get close enough.

A few hundred fans within an earshot buzz from a moderately sloped grass hill that looks down on the sun-fried turf at Wofford College. Home of the Terriers. Individual periods are starting after a rotating group of warm-up exercises that move in stunning fluidity. An airhorn blows and, 40 seconds later, a new phase begins. The first inside run installation in full pads is minutes away, and soon a few of those linebackers will get their first live licks at the offensive line, and second-year running back Christian McCaffrey.

This is the good part of being head coach Ron Rivera. Familiar, veteran voices to fire up the team and young stars that provide hope for the near future. A practice schedule that has tightened with eight years of experience and wastes little time.

The Panthers have been in the playoffs in four of his last five seasons. Unless you’re a dynasty, this is as close as it gets to the good life in the NFL.

The challenge now is finding an offense that accentuates the best of Rivera’s stable defense; something that maximizes the arm strength and mobility of quarterback Cam Newton while keeping him out of harm’s way. Something that expands on the position versatility of McCaffrey. Over the last two years, former coordinator Mike Shula struggled at times with creating consistent mismatches or setting his most explosive athletes free, which led to an eventual parting of the ways after the 2017 season.

This has almost always been the steepest climb for Rivera’s Panthers, and the one Newton seemed to be working through along with new offensive coordinator Norv Turner on this particular Saturday. During full-team scrimmage periods, he was often seen testing potential targets on deep routes, including 2015 second-round pick Devin Funchess and 2017 second-rounder Curtis Samuel.

Most consistently, as has been the case for years, the biggest comfort comes in the hands of tight end Greg Olsen, who made one notable textbook catch coming off a jam from a linebacker while also leaping against a charging safety on Saturday. The Panthers have not had a pure wide receiver lead the team in targets since 2014 (Kelvin Benjamin) and it shows. They’ve been fortunate that Olsen, at 33, still looks as smooth battling defenders as he did five summers ago.

Turner, though, doesn’t seem concerned. Of all the stops he’s made in his career, this was one that gave him some pause in a good way. Over time, he’s learned to set realistic boundaries for his imagination when it comes to envisioning the scheme and playbook. When it came to Newton, McCaffrey and the rest of the Panthers, he actually had to work at it this time. There are unexplored possibilities.

“Oh there’s always a little bit of that,” Turner told the MMQB after practice Saturday. “People act like it’s a negative that Cam runs for 700 yards. The thing that Cam does here, he bails some people out. When it’s not going good, he can take it and go running 50 yards. And defenses understand that. That’s an added dimension I haven’t had in a long time.”

OH I DIDN’T KNOW THAT: The Panthers are excited about defensive coordinator Eric Washington, who will be calling the plays from Day 1. Say what you will about Rivera, but he’s put a lot of trust in his previous two coordinators—Sean McDermott and Steve Wilks, who also had Day 1 playcalling responsibilities. Both are now head coaches. It would have been easy for Rivera to reach into his phone book for an established name, similar to the way he did in replacing offensive coordinator Mike Shula. Instead, he’s trying to develop and promote another one of his own.

STORYLINE TO WATCH: Around 10:40 a.m. Saturday, a loud yelp during a team drill immediately caused all Panthers on the field to take a knee. Daryl Williams, the starting right tackle, was on the ground gripping his right leg. He was eventually carted off with a brace but did wave to a fan on his way up to the medical facility. The former fourth-round pick had his best season in 2017, earning second-team All-Pro honors. He started all 16 games in 2017.

TOP POSITION BATTLE: The Panthers, like a lot of teams without a true No. 1 wideout, may look radically different on offense than in years past. No longer, it seems, is the strategy to surround Newton with rangy wide receivers who can negate his occasional high-and-wide fastball with a long reach. The combination of Torrey Smith, first-rounder D.J. Moore, Funchess and Samuel will be competing for field time alongside McCaffrey, who took more than a handful of snaps from the slot and split out wide on Saturday.

OFFBEAT OBSERVATION: Cam Newton walked out onto a fairly quiet practice field Saturday and, to no one in particular, reared back and screamed “MUUUUUUUUUUUUUUUUUUSIC.” Seconds later, the Panthers team hit the stereo, kicking off an eclectic, practice-long mix that included Kendrick Lamar, John Lee Hooker and the trio of Cardi B, Bad Bunny and J Balvin. It’s good to be in charge.

PARTING THOUGHTS: Wofford is a beautiful campus and may be home to one of the most convenient and fan-friendly training camps I’ve seen. Massive amounts of parking on an otherwise empty college campus give way to a large, open-hill space where fans can bring chairs and blankets to set up for the afternoon. It beats the feel of some camps where the fan experience can seem more like a sweaty cattle call, where fans are cramped and unable to see their favorite players far off in the distance.