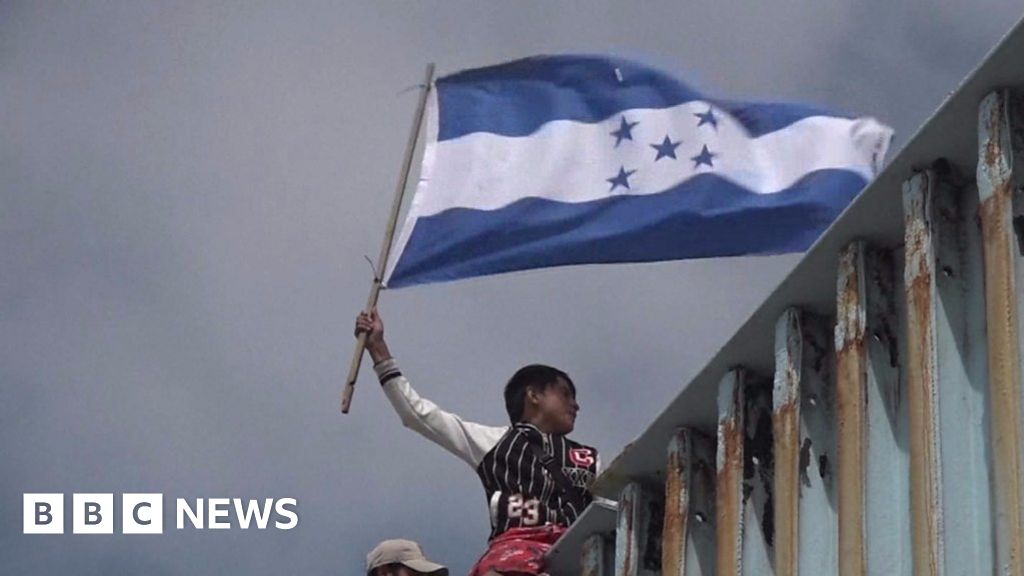 Dozens of migrants travelling in a caravan to seek asylum in the US have been stopped at the border.

They are seeking asylum in the US, but have been told the border crossing near San Diego is already full.

It was not immediately known whether the migrants from Central America would be allowed in later, but the group appears to be staying put.