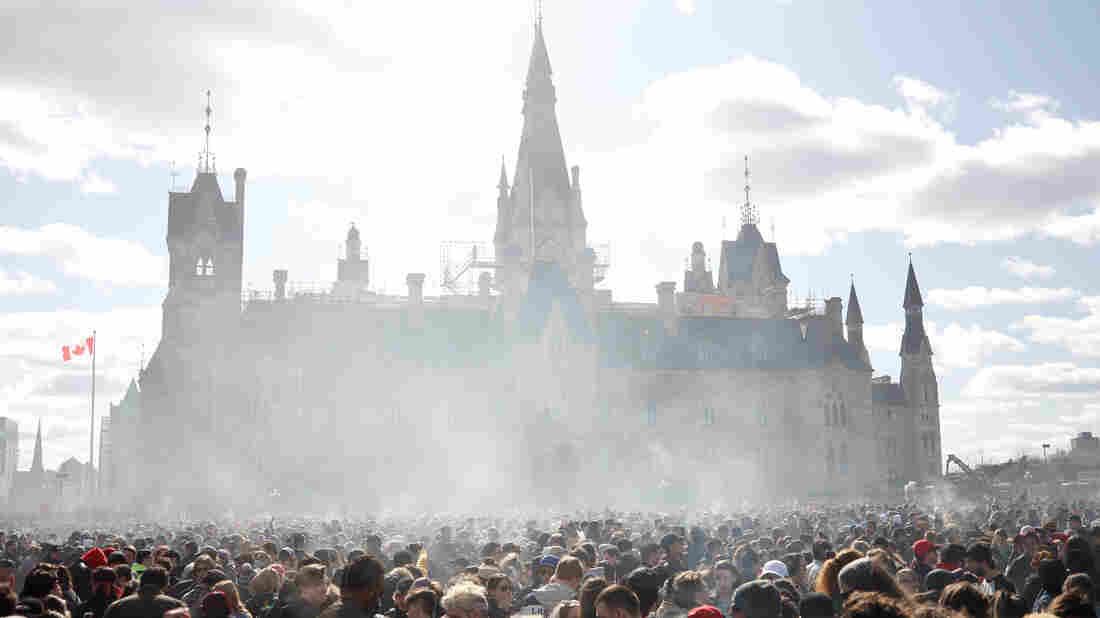 Canada’s House of Commons voted to legalize recreational marijuana use, sending the bill to the Senate. In this photo from April 20, smoke rises during the annual 4/20 marijuana rally on Parliament Hill in Ottawa, Ontario. Chris Wattie/Reuters hide caption 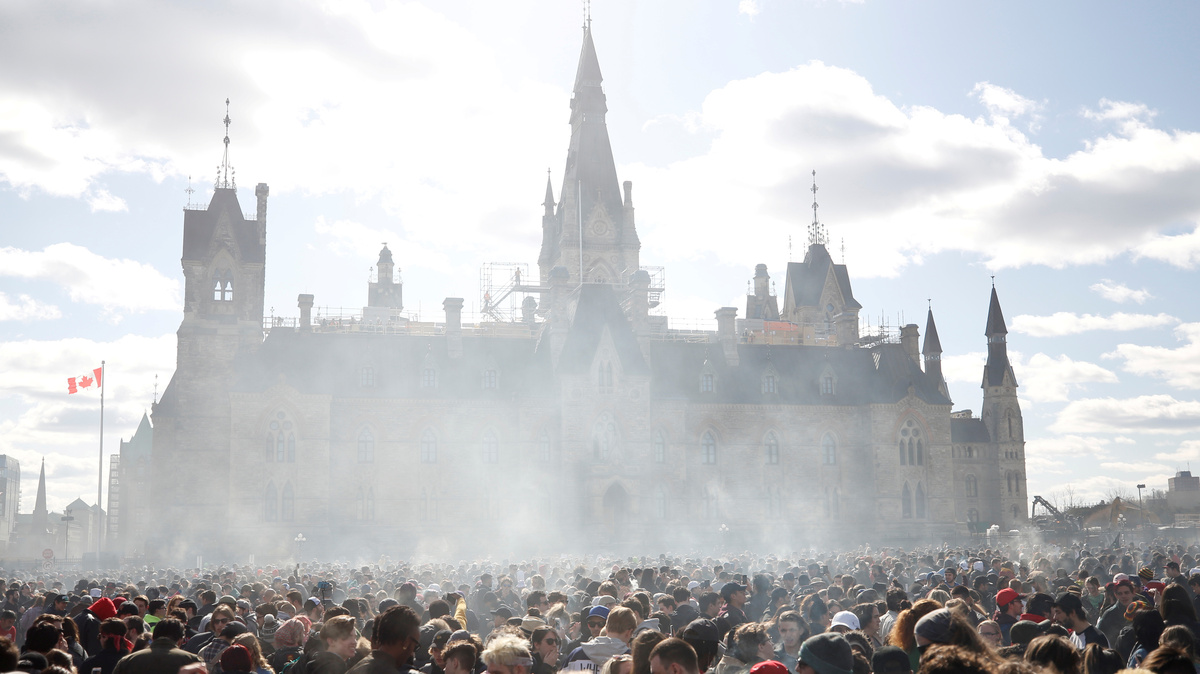 Canada’s House of Commons voted to legalize recreational marijuana use, sending the bill to the Senate. In this photo from April 20, smoke rises during the annual 4/20 marijuana rally on Parliament Hill in Ottawa, Ontario.

Recreational marijuana use is a step closer to being legal in Canada, after the House of Commons approved the Cannabis Act on Monday. The legislation is now in the Senate, where it has been the subject of debate and proposed amendments.

“The Senate had proposed 46 amendments to The Cannabis Act but the Liberal government rejected several major ones last week,” the CBC reports, “including one provision that would have affirmed the provinces’ right to ban home cultivation of marijuana.”

A reminder: In Canada’s parliamentary system, the House of Commons is the more powerful of the two chambers. The Senate, whose members are appointed rather than elected, plays a somewhat controversial role and is often the subject of talk about reform — similar to Britain’s House of Lords.

Canada’s minister of justice sponsored the cannabis bill; the government announced its push for legalization last spring with an official news release that stated, “The current approach to cannabis does not work.”

The government said that making marijuana illegal “has allowed criminals and organized crime to profit, while failing to keep cannabis out of the hands of Canadian youth.”

It added, “In many cases, it is easier for our kids to buy cannabis than cigarettes.”

Those points were echoed by Liberal Prime Minister Justin Trudeau last fall, when he welcomed the news that the bill was making its way to the Senate.

The proposed law would make it legal for anyone who’s over 18 years old to possess marijuana, provided that it’s less than 30 grams (just over an ounce). It also allows Canadians to grow up to four marijuana plants in their home.

The bill’s authors write that legalization would have several benefits, from protecting the health of young people (by restricting access) to undercutting criminal enterprises and reducing the workload of the criminal justice system. It would also allow for quality control and public health awareness campaigns.

But critics of the bill say that part of the reason they want to keep marijuana illegal is that they’re not convinced that the government will be able to disrupt the marijuana black market to any substantial degree.

That was one point raised by Conservative Sen. Percy Mockler, who said on Monday that “the initiative suffers from a serious absence of policy analysis.”

During the debate, Sen. Peter Harder, the government representative in the Senate, said:

“Passing this bill will mean the end of an historic era of prohibition that has punished Canadians with a criminal sanction for what is essentially a health decision. Over the years, how many Canadians have needlessly been given the social stigma and employment barrier of a criminal conviction?”

Canada’s government has also published the results of a cannabis survey, based on more than 9,000 responses from people across the country, ages 16 and up.

In the survey, ‘About half of all respondents indicated that cannabis had a positive effect on a person’s mood (51 percent), creativity (45 percent), anxiety (50 percent), and sleep (49 percent),” Canada’s health ministry said.

The government also said “77 percent of all survey respondents thought that using cannabis could be habit forming.”

Medical marijuana has been legal in Canada since the early 2000s. If it legalizes recreational use now, it would give America’s northern neighbor another competitive edge in what is widely seen as an emerging and lucrative industry.

“You’ve got big American alcohol and tobacco companies making investments in Canadian pot firms, because they see an opening,” as Peter O’Dowdreported for NPR’s Here and Now last month.

One expert told O’Dowd that because of America’s more restrictive laws, “We are literally giving the next multibillion-dollar industry… to the Canadians.”