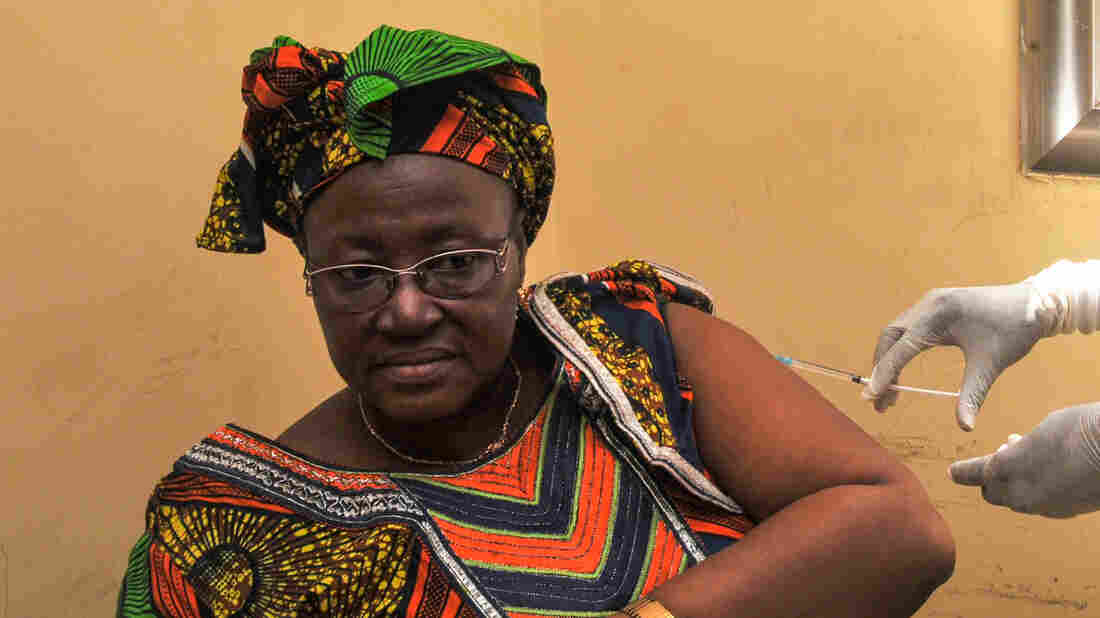 A woman is vaccinated at a health center in Conakry, Guinea, during the clinical trials of a vaccine against the Ebola virus. Cellou Binani /AFP/Getty Images hide caption 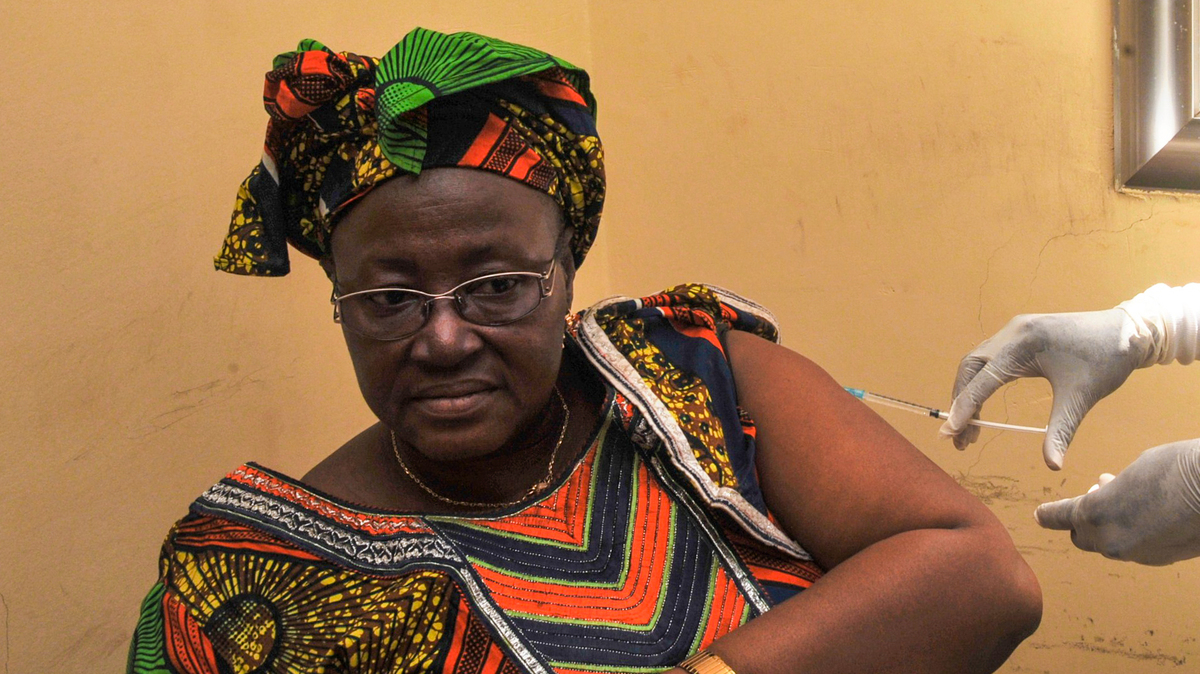 A woman is vaccinated at a health center in Conakry, Guinea, during the clinical trials of a vaccine against the Ebola virus.

The Ebola vaccine has been two decades in the making, but it’s only now being put to use in the face of a looming crisis.

The virus has been spreading through a northern region of the Democratic Republic of Congo. Since at least April there have been 2 confirmed cases and 39 more suspected ones. Nineteen people have died.

In hopes of curbing the spread, global health officials are launching a vaccination campaign. Four thousand doses of the vaccine have been shipped to the DRC — with another 4,000 to follow soon. The World Health Organization is coordinating the vaccination effort.

The vaccine – called rVSV-ZEBOV — was first tested in 2015 in the waning months of the massive Ebola epidemic in West Africa. Ira Longini, a biostatistician at the University of Florida who helped run that trial, notes that 7,500 people were given the vaccine.

“Not a single person that was vaccinated got infected,” he says.

“Then all those people in the ring are vaccinated as quickly as possible,” he says.

And it wasn’t just that the vaccine was found 100 percent effective for those who received it. Even if everyone in the ring is not vaccinated, the trial showed a cut in overall transmission by about 75 percent.

But by the time these results came in, the outbreak in West Africa was basically over. And since then — apart from a few small flare-ups there hasn’t been occasion to use the vaccine. Also it’s still awaiting licensing. That takes a while. So governments need to give special permission for it to be used.

Tarik Jasarevic, a spokesman for the World Health Organization, says the DRC has moved quickly to cut through the paperwork.

“This time around the approvals have been done very fast,” he says.

That’s because of some worrisome signs about this outbreak. On the one hand, like many previous outbreaks in the DRC, this one is in a hard to reach area, suggesting the risk of spread is low.

“We are talking about a remote area of small villages with no paved roads,” says Jasarevic.

“But,” he adds “it is on the shore of the river where there is important transport” that leads to a much larger regional city. “We are taking this very seriously because there is an important level of risk of virus going elsewhere other than this remote part of the country.”

Merck, which produces the vaccine, will be donating it. Gavi, the Vaccine Alliance, the British-based charity the Wellcome Trust, and the British government have jointly contributed $4 million to carry out the campaign.