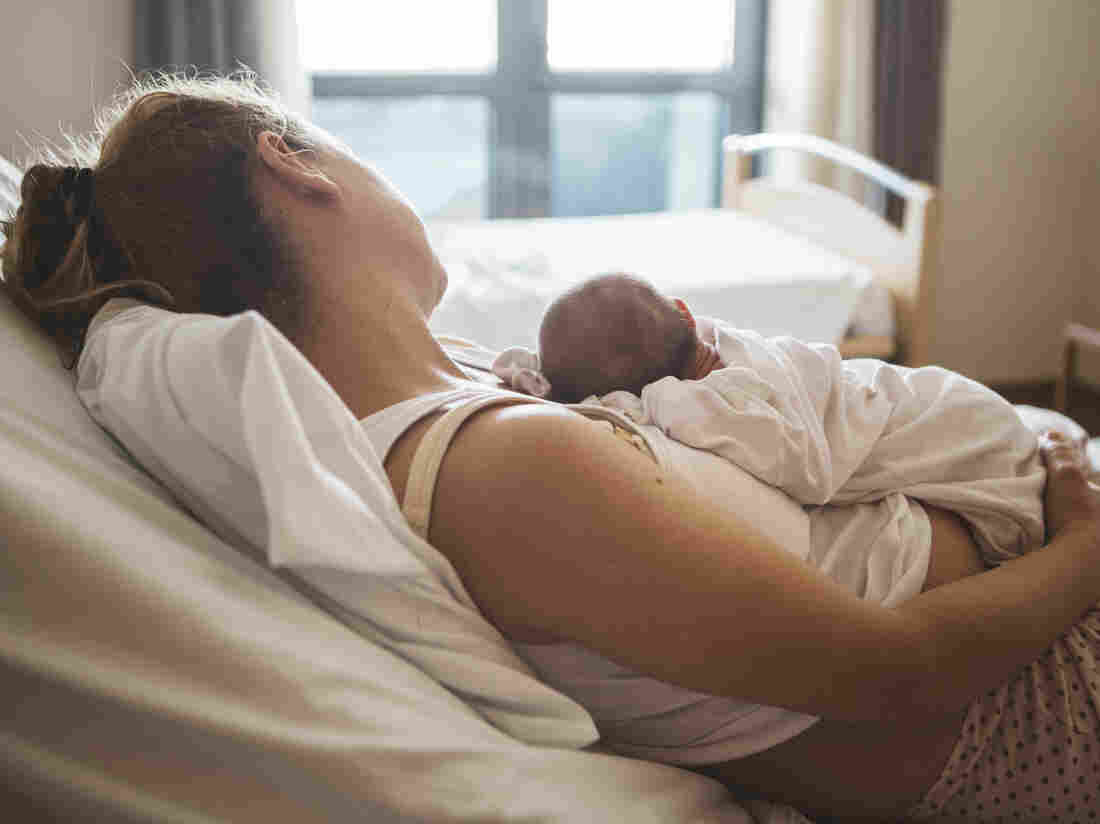 California is starting to push hospitals throughout the state to lower their rates of medically unnecessary C-sections. Thanasis Zovoilis/Getty Images hide caption 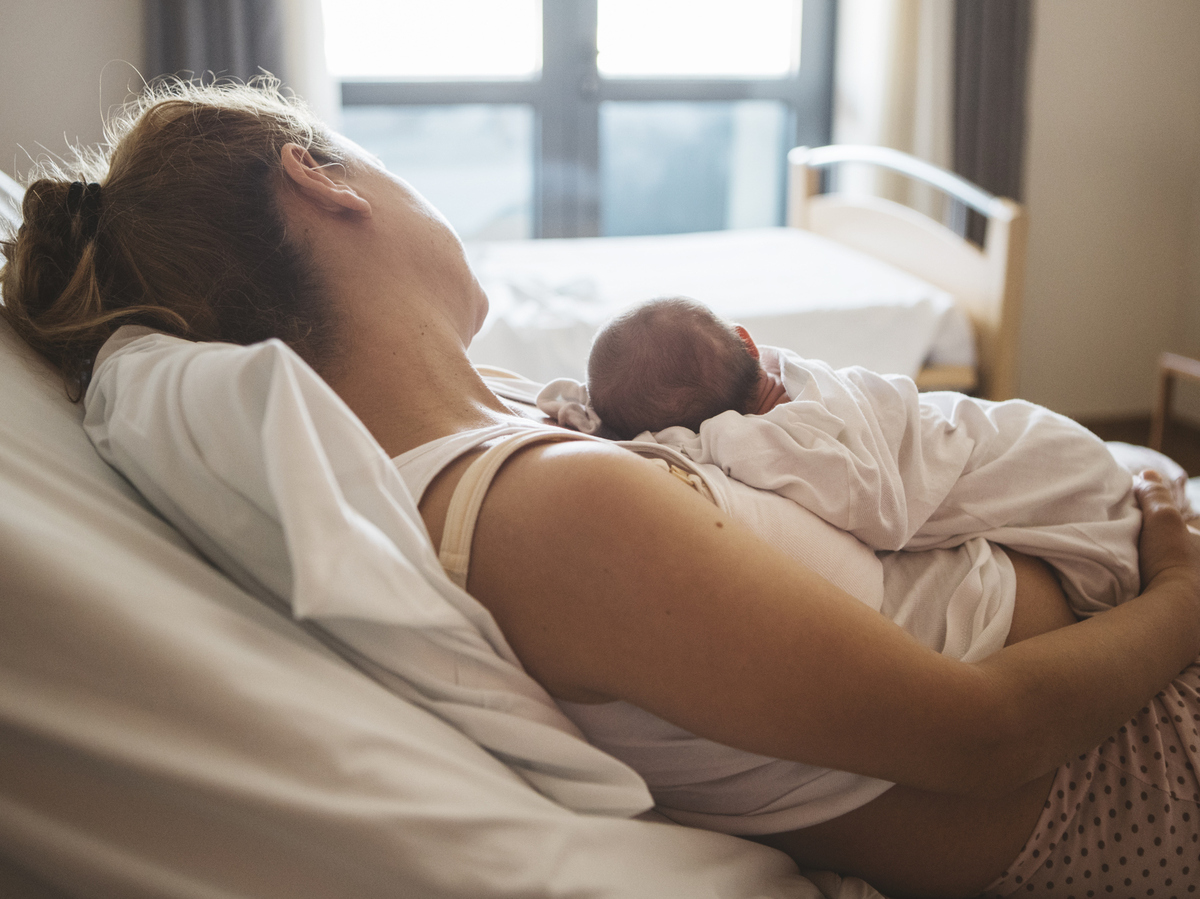 California is starting to push hospitals throughout the state to lower their rates of medically unnecessary C-sections.

Covered California, the state’s health insurance marketplace under the Affordable Care Act, has devised what could be a powerful new way to hold hospitals accountable for the quality of their care.

Starting in less than two years, if the hospitals haven’t met certain designated targets for safety and quality, they’ll risk being excluded from the “in-network” designation of health plans sold on the state’s insurance exchange.

“We’re saying ‘time’s up,’ ” says Dr. Lance Lang, the chief medical officer for Covered California. “We’ve told health plans that by the end of 2019, we want networks to only include hospitals that have achieved that target.”

Here’s how hospitals will be measured: They must perform fewer unnecessary cesarean sections, prescribe fewer opioids, and cut back on the use of imaging (X-rays, MRIs, and CT scans) to diagnose and treat back pain.

Research has shown these are problem areas in many hospitals — the procedures and pills have an important place, but have been overused to the point of causing patient harm, health care analysts say.

C-sections, in particular, have come under scrutiny for years.

Many women who don’t need a C-section often get one anyway, according to the data — and it varies from hospital to hospital. Even for low-risk cases, Lang says, several California hospitals are delivering 40 percent of babies by C-section. At one hospital, it’s 78 percent.

“That means that when a woman goes to a hospital, it’s the culture of the hospital that really determines whether or not she gets a cesarean section, not so much her own health,” says Lang.

Hospitals get paid more to perform a C-section than a vaginal delivery, and the operation usually takes less time, though it is major surgery. Performing it when it’s not needed exposes a woman to unnecessary risks: infection, hemorrhage, even death.

Studies also have found that babies delivered by C-section are more likely to have complications and spend more time in the neonatal intensive care unit.

That’s not quality health care, Lang says, and that’s why Covered California is telling hospitals they need to reduce their C-section rates to 23.9 percent or lower, for low-risk births.

In this case,”low-risk” is defined as a healthy, first-time mom who has carried the single fetus with its head down, all the way to full term — now defined as 39 weeks gestation.

Medi-Cal, the state health program for low-income residents, CalPERS, the retirement program for state employees, and the Pacific Business Group on Health, which represents self-insured employers are also calling on hospitals to improve their quality measures.

Together, these groups pay for the health care of 16 million Californians, or 40 percent of the state, which gives them substantial leverage with hospitals.

But only Covered California is telling hospitals that if don’t play by the rules, they’ll be benched.

Expecting hospitals to meet external metrics for quality control is a recent phenomenon, and compliance is still largely voluntary, she says.

“Back in the ’80s and ’90s, nobody ever thought that hospitals should have to report to anyone on how they were doing,” she says. “There’s never been a culture of accountability.”

Covered California’s move is nationally significant, Binder says, given the consequences for hospitals, and the agency’s reach — 1.4 million people buy coverage through the marketplace — and they shop among plans offered by 11 state-approved insurance companies.

Insurers and business groups across the country are already keeping an eye on California’s effort, she says, to see how they might band together to demand similar change from the hospitals in their regions.

Overall, California’s hospitals are on board with the C-section goal. Of the 243 maternity hospitals in the state, 40 percent have already met the target, Lang says, and another 40 percent have taken advantage of coaching and consulting to help educate the doctors on how they can adjust their practice. They’re also finding they have to educate patients who request C-sections about the procedure’s risks.

“While many may prefer that, when having the full information about the risk that they may be putting themselves and their babies in, they elect not to move in that direction,” says Julie Morath, CEO of the Hospital Quality Institute, a subsidiary of the California Hospital Association. Both groups support the C-section reduction goals as “the right thing to do,” she says.

The strategy has raised some concerns among mothers who hear about the 23.9 percent target and worry about rationing.

“We don’t just chase rates,” Morath says in response to that concern, “but rather look at what the clinical needs are and how to best respond to those. So if there is an indication for a cesarean section, the mother will receive a cesarean section.”

Still, not all hospitals will find it easy to comply. State data show there are about 40 hospitals that are still far off the target in California, including a cluster of hospitals in East Los Angeles that treat low-income, often uninsured, patients.

“If you have somebody who is on methamphetamines and is homeless and has not gotten any prenatal care, her chance of a C-section is way higher than someone who is not all those things,” says Dr. Malini Nijagal, an OB-GYN at Zuckerberg San Francisco General Hospital, and the University of California, San Francisco. “And so the problem is, how do you adjust for the patient population of a hospital?”

At Memorial Hospital of Gardena, the C-section rate is 45.2 percent. At East Los Angeles Doctors Hospital, the rate is 48.1 percent, according to publicly-available state data listed on CalHospital Compare and Yelp. Both hospitals are working diligently to lower the rates, according to Amie Boersma, director for communications for Avanti Hospitals, which owns both facilities.

She says the hospitals will meet the 23.9 percent benchmark and are committed to doing so for the sake of their patients. Being excluded from Covered California health plan networks, she adds, would make it even more difficult for those patients to get care. They would either have to pay out-of-network fees to be seen there, or they would have to travel farther to another facility that was still in the network.

“We are in underserved, economically challenged urban neighborhoods and it is vitally important that we continue to provide appropriate, high-quality care for our communities,” Boersma says.

Health plans can request an exemption from Covered California’s contract rules (in order to keep noncomplying hospitals in their networks) — as long as they document their reasoning.

“That is flexibility that we asked for to ensure that we maintain adequate access to providers,” says Charles Bacchi, CEO of the California Association of Health Plans, a trade group for insurers. “Any major changes to health plan networks must be filed with regulators. And health plans have to ensure that patients continue to receive services in a timely manner.”

So far, the prospect of exclusion, plus the coaching for hospitals on how to reduce the rates, have functioned as an effective motivator.

By 2020, Covered California’s Lang believes all hospitals will either have met the target or be on their way.

“It’s a quality improvement project,” Lang says, “but with a deadline.”

This story is part of NPR’s reporting partnership with KQED and Kaiser Health News.