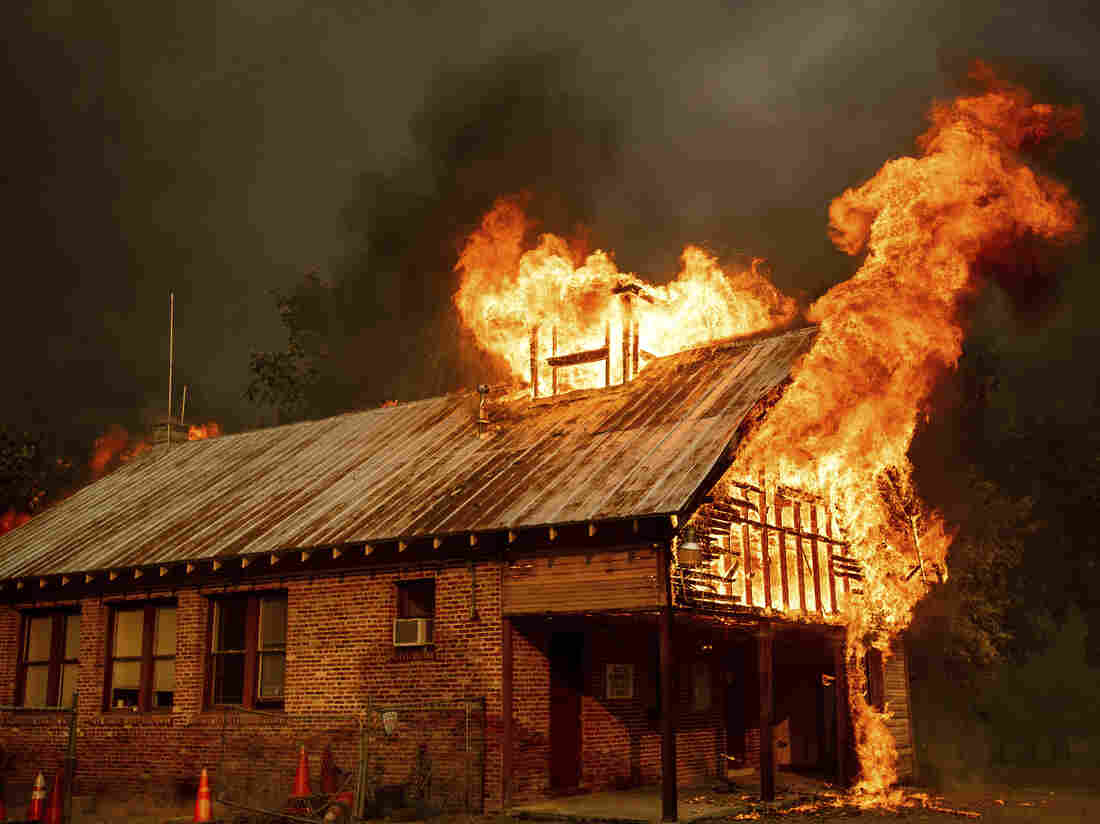 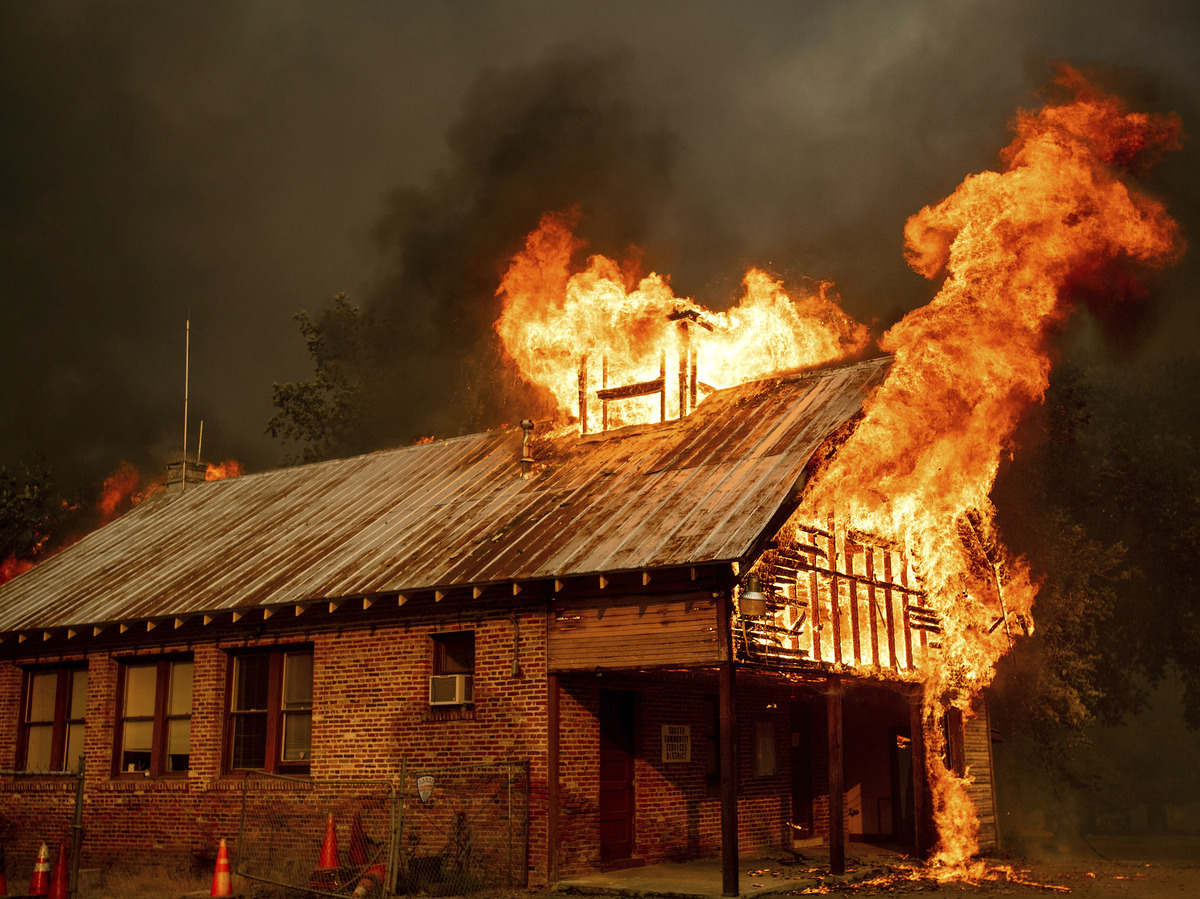 An historic schoolhouse burns as the Carr Fire tears through Shasta, Calif., on Thursday, fueled by high temperatures, wind and low humidity.

A fast moving fire in northern California jumped the Sacramento River, sending residents in the city of Redding fleeing ahead of the flames late Thursday in one of several wildfires sweeping through the state.

Cal Fire announced the death early Friday of a private bulldozer operator, who was working on an active section of the fire.

The Carr Fire tore through nearby Shasta and Whiskeytown destroying homes and other buildings before charging into Redding, a city of about 92,000. Several firefighters and civilians have also been injured, fire officials said.

“Emergency personnel are reporting on social media that they are stopping structure and containment efforts in north Redding in order to focus on safely evacuating all citizens. A Cal Fire spokesman could only confirm portions of west Redding were under evacuation.

At 9 p.m., fire personnel requested that Redding Electric Utility shut off power to residents of North Redding. Reports on KRCR-TV, the ABC affiliate in Redding, confirm parts of the city are without power in an effort to prevent electrical equipment from sparking more fires.”

While live on air, KRCR was later forced to evacuate its studios.

“The fire is moving pretty rapidly and taking everything down in its path,” Scott McLean, spokesman for the California Department of Forestry and Fire Protection, said late Thursday.

“Firefighters continue to work aggressively to build containment lines around the Carr Fire,” Cal Fire said in an incident report at 7 p.m. local time. “Their efforts have been hampered today due to extreme fire behavior and unfavorable weather conditions.”

Evacuations were ordered for areas around the city of Redding.

“Earlier in the day with flames exploding around Whiskeytown Lake, an effort to save boats at a marina by untying them from moorings and pushing them to safety, wasn’t swift enough to spare them all.

Dozens of charred, twisted and melted boats were among the losses at Oak Bottom Marina.

‘The only buildings left standing … right now are the fire station and a couple of restrooms,’ said Fire Chief Mike Hebrard of the California Department of Forestry and Fire Protection. ‘The boat docks down there – all the way out in the water – 30 to 40 boats caught fire when the fire laid down on top of them last night and burned those up.'”

As the Carr fire burned through Shasta Co., wildfires scorched several other parts of the state. The Ferguson Fire in central California engulfed some 44,000 acres as of Thursday evening and continued to grow near Yosemite National Park. It was reported to be just 27 percent contained.

The Cranston Fire swept over 4,700 acres in just a few hours east of Los Angeles on Wednesday and another fire burned in the Mount San Jacinto area.

Gov. Jerry Brown has declared states of emergency for the three largest fires, authorizing the state to rally resources to local governments, the AP writes.