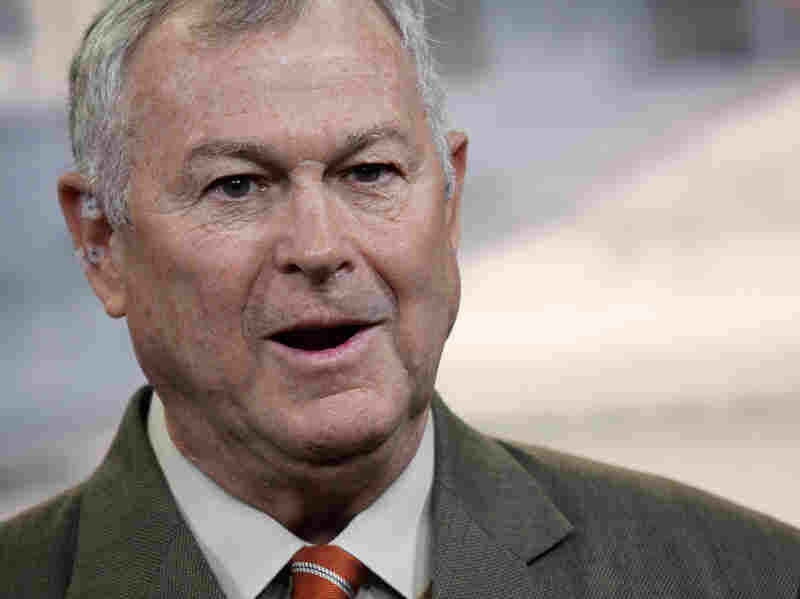 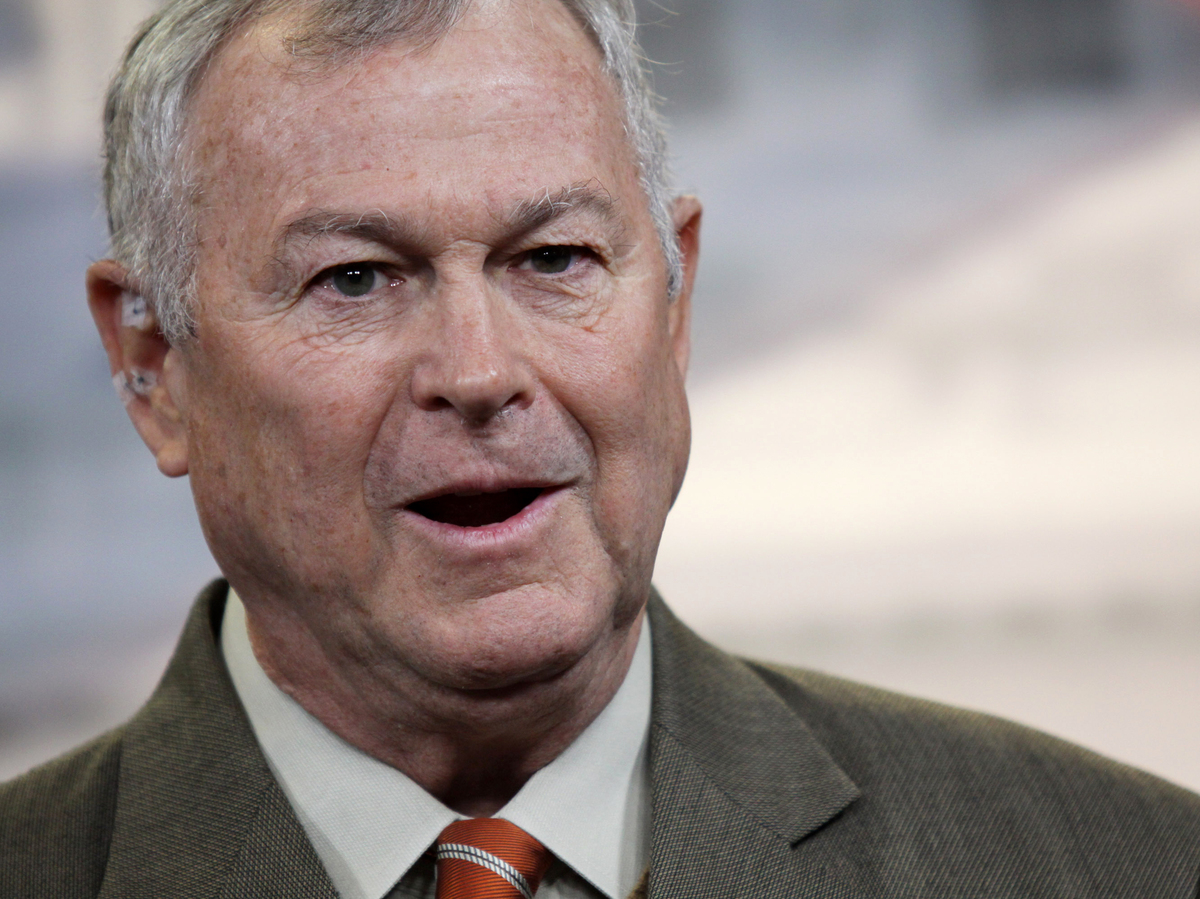 Rep. Dana Rohrabacher, R-Calif., speaks during a news conference on Capitol Hill in Washington, D.C., in 2013.

California is crucial to the Democrats’ hopes of taking back the House of Representatives. The party has targeted districts that are held by Republicans, but that Hillary Clinton won in 2016.

Four of those seats are in the former Republican stronghold of Orange County. The big prize there would be toppling Republican incumbent Dana Rohrabacher, who’s represented the 48th Congressional District for 30 years. But Democrats could be ruining their own chances. So many of them are competing there that they could dilute their strength in the state’s unusual top-two system.

Rohrabacher touts his proud past as a speechwriter for Ronald Reagan and tows the conservative line on issues such as illegal immigration. He’s decried what opponents call sanctuary cities, saying that those who support them “are betraying the American people.”

Some of Rohrabacher’s other positions, however, make him seem vulnerable, even to fellow Republicans. He voted against both the GOP tax cut and the omnibus spending bill. He recently lost some business support when he said that no one should have to sell their home to someone who’s gay. But most controversial is his long support for better relations with Russia and his meetings with close associates of Vladimir Putin.

Recently, Democratic voters crowded into a synagogue in Rohrabacher’s district, eager to check out the candidates vying to replace him. Susan Becker knew what she was looking for. “I have to support the person who is most likely to win,” she said. “It’s just a shame that there are so many Democrats running, because we’re going to split the vote.”

Here’s why Becker’s worried. California’s primary system puts all the candidates on one ballot. The two with the most votes go on to November, regardless of party. But in their enthusiasm to oppose Rohrabacher and Donald Trump, eight democrats signed up, making it hard for any candidate to consolidate support.

What made Kotick’s decision so urgent was that, at the last minute, another Republican jumped into the race — Scott Baugh, a former Republican leader in the state Assembly and former chair of the Orange County Republican Party. Baugh has name recognition in this district where Republicans still have an advantage in registration.

If Democrats can’t rally around a single candidate, they may have no one on the November ballot at all. At the synagogue forum, there was an awkward moment when the moderator asked one of the candidates why he didn’t just drop out and throw his support to one of his fellow Democrats. The question got a round of applause.

Really, the only issue that the voters at this event really cared about was winning. And two Democrats seem viable.

One is Hans Kierstead. He’s a stem cell biologist, but more relevant at this event, he has the endorsement of the California Democratic Party. But that hasn’t helped clarify anything. Democrats are split. The national Democratic Congressional Campaign Committee is backing Kierstead’s chief rival, technology entrepreneur Harley Rouda.

The 48th District is not the only place where Democrats’ glut of candidates has imperiled their chances. In another Orange County congressional district, Democrats were going at each other so hard that the head of the state party brokered a truce on negative advertising. But since everyone competes on the same ballot, Democrats are attacking Republicans too. The idea is that if they can knock a couple of them down, it’ll improve the chances of a Democrat making it into the runoff.

Raphael Sonenshein, the executive director of the Pat Brown Institute for Public Affairs at California State University Los Angeles, says everyone’s now trying to figure out how to game the system, including voters.

For instance a voter might think, “Should I vote for a candidate I don’t much like so that our party doesn’t get shut out? Or vote for that person so I can shut out the other party?” Sonenshein says that the top two system was intended to make primaries less partisan. “I think it hasn’t really worked too well this year.”

And it’s not just Democrats who are facing a perilous primary next week. Republicans risk being shut out of both the races for governor and United States Senate.