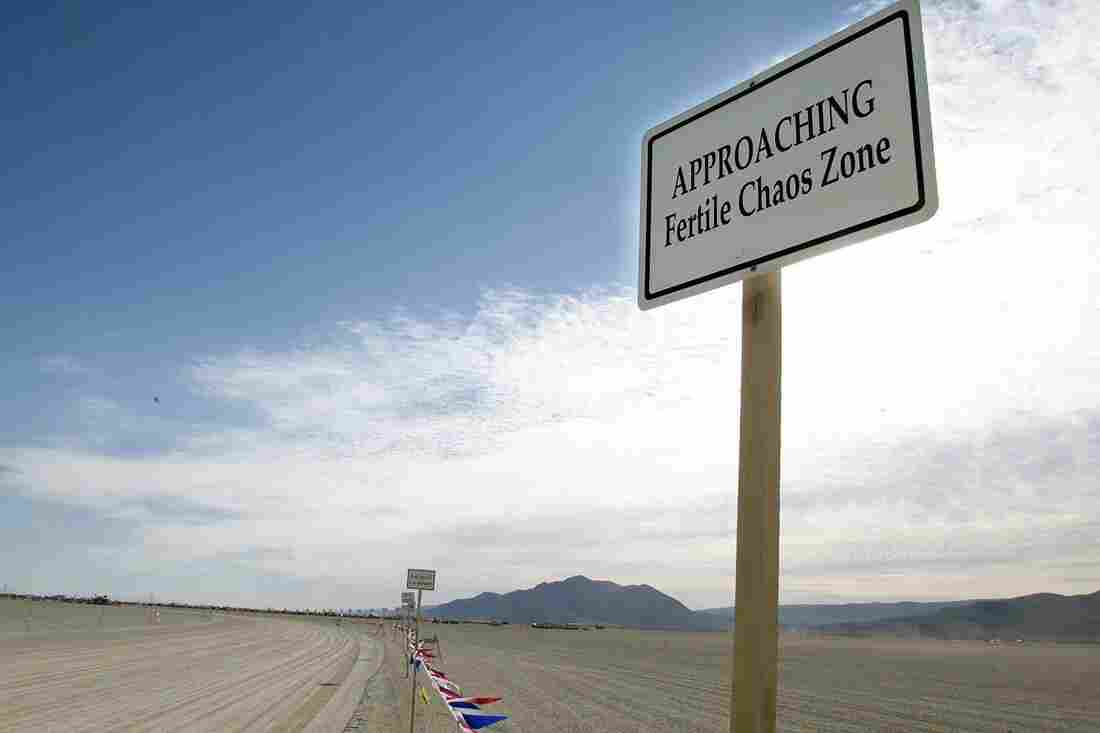 A sign is posted at the entrance checkpoint for the Burning Man Festival in Nevada’s Black Rock Desert in 2000. The festival’s co-founder, Larry Harvey died on Saturday at 70 after suffering a massive stroke. Hector Mata /AFP/Getty Images hide caption 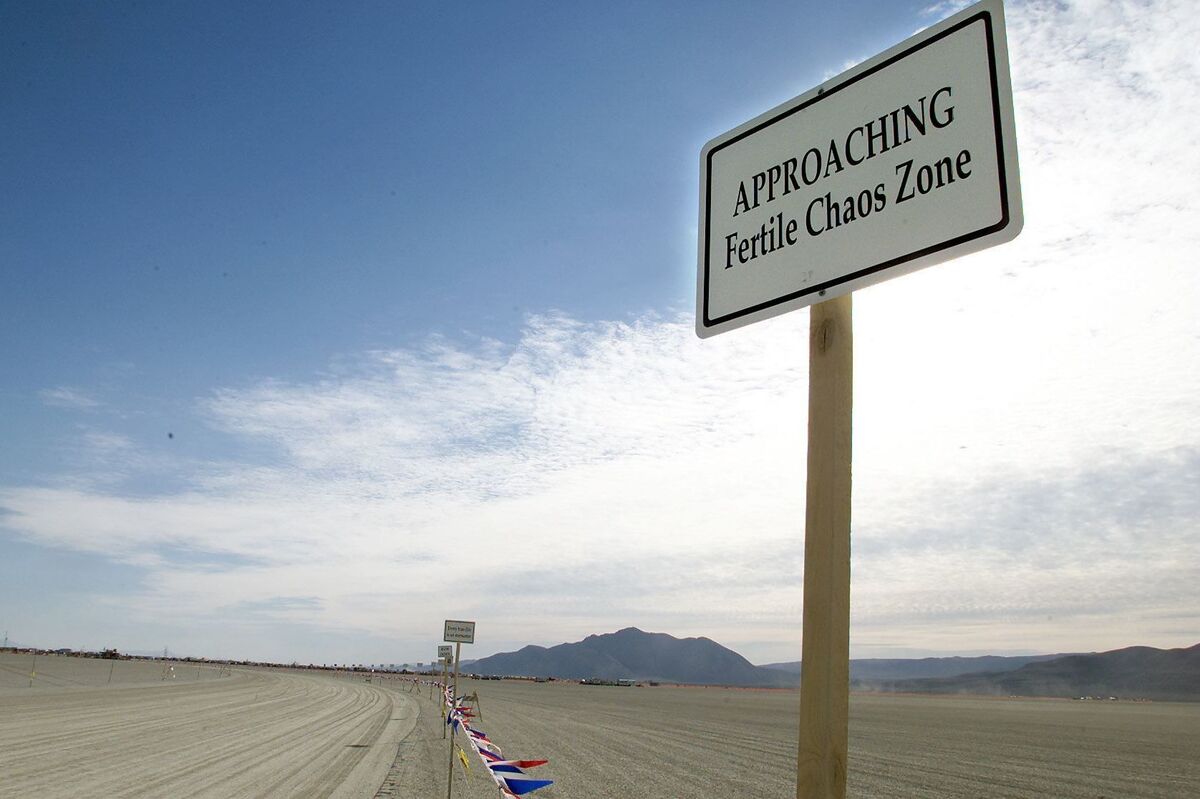 A sign is posted at the entrance checkpoint for the Burning Man Festival in Nevada’s Black Rock Desert in 2000. The festival’s co-founder, Larry Harvey died on Saturday at 70 after suffering a massive stroke.

Larry Harvey, co-founder of the Burning Man festival, died Saturday at the age of 70, according to the organization’s Facebook page and website.

The first Burning Man event took place on a San Francisco beach in 1986 after Harvey had the idea to burn a giant effigy in celebration. The event eventually grew into the seminal arts and culture festival in Nevada’s Black Rock Desert marked by the burning of a giant wooden sculpture of a man.

Harvey had been hospitalized after suffering a massive stroke earlier this month.

“We resolutely held out for a miracle,” wrote Burning Man Project CEO Marian Goodell in the “Burning Man Journal.” “If there was anyone tenacious, strong-willed and stubborn enough to come back from this challenge, it was Larry. Though we all hoped he would recover, he passed peacefully this morning at 8:24am in San Francisco, with members of his family at his side.”

Since the early 1990s, tens of thousands of free-spirited revelers have descended on the Black Rock Desert, about two hours north of Reno, Nev., each August. Festival-goers take in art, participate in meditation and other mind-bending events at the week-long celebration.

Festival-goers pay anywhere from $425 to $1,200 a ticket to travel to the scorching hot desert, according to the Associated Press, where they bring their own food, camp out and partake in a range of events. On the festival’s penultimate night, a huge effigy or Man is set on fire in a massive, jubilant celebration.

Many stories have been told about why Harvey decided to build a wooden man and set it ablaze on the beach in 1986.

After that simple gathering, Harvey conceptualized the larger countercultural festival he would name Burning Man. In 2004, Harvey documented the budding ideology behind the vent in “10 Principles of Burning Man.”

The AP once described Burning Man as “an esoteric mix of pagan fire ritual and sci-fi Dada circus where some paint their bodies, bang drums, dance naked and wear costumes that would draw stares in a Mardi Gras parade.”

Sometimes the event would get out of hand. In 2017, a man died after running into the Burning Man’s flames. In 1996, a man died after his motorcycle crashed into a van of festival-goers, and three others were injured in a separate incident involving a drunk driver, the AP reports.

Over the years, Harvey faced criticism for turning Burning Man into a cash cow. In 2014, he transitioned Burning Man from private ownership to a nonprofit organization with 70 employees and a budget of $30 million, according to the AP. Harvey remained deeply involved as a member of the organization’s board and “chief philosophic officer.”

Some critics often likened Harvey to guru leading a cult, though he resisted that depiction.

“Larry was never one for labels,” Goodell wrote. “He didn’t fit a mold; he broke it with the way he lived his life. He was 100% authentic to his core.”