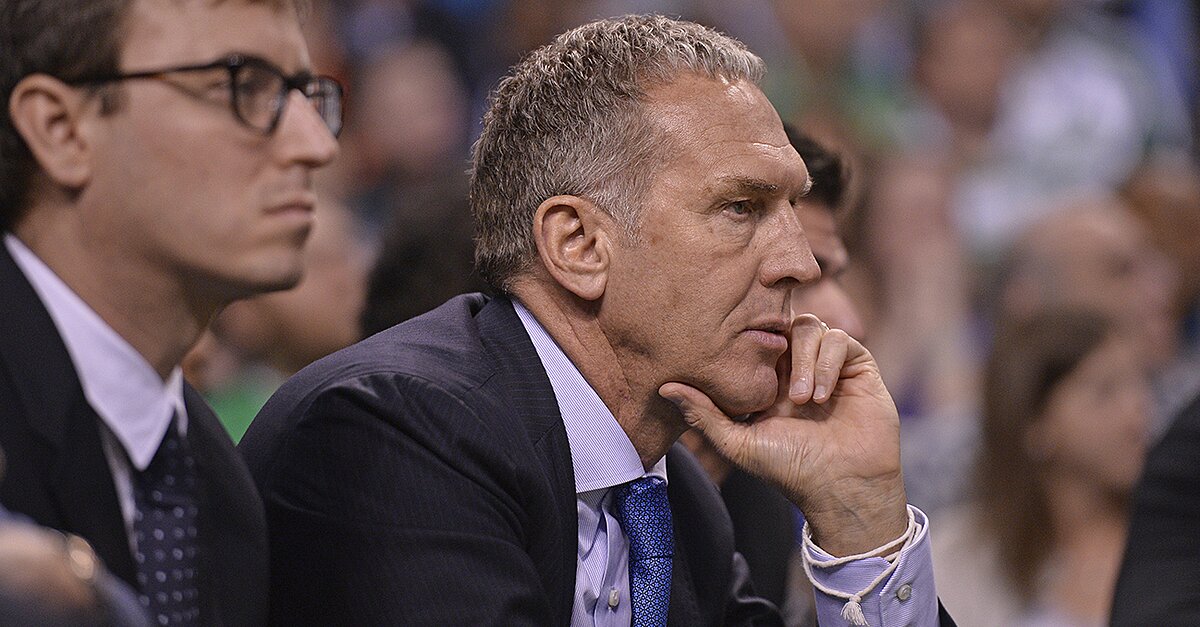 Find out why the heck everyone is calling the Bryan Colangelo scandal “Woodergate.”

As the Bryan Colangelo’s alleged burner accounts scandal has taken over the news cycle, people have come up with a new name for it — “Woodergate.”

After the report about the 76ers president of basketball operations was published Tuesday, Twitter began to do its thing. Sixers center Joel Embiid had the best reaction of the night, and plenty of others got involved too.

It was only a matter of time until it became a “-gate controversy.”

Now, one of the most recent “gate” controversies of the sports world was “Deflategate,” in reference to the Patriots possibly deflating footballs.

The term “-gate” stems from the original scandal of them all — Watergate, which resulted in the resignation of President Richard Nixon. The “gate” suffix has since been applied to numerous theories.

Now why is everyone calling the Colangelo scandal Woodergate? Is wood involved? Is Wooder the new source in the Colangelo case formally known as Deep Throat in the Watergate scandal?

Nope and nope. “Wooder” is simply how Philadelphians pronounce water.

So now you know and sound like a true Philadelphian.