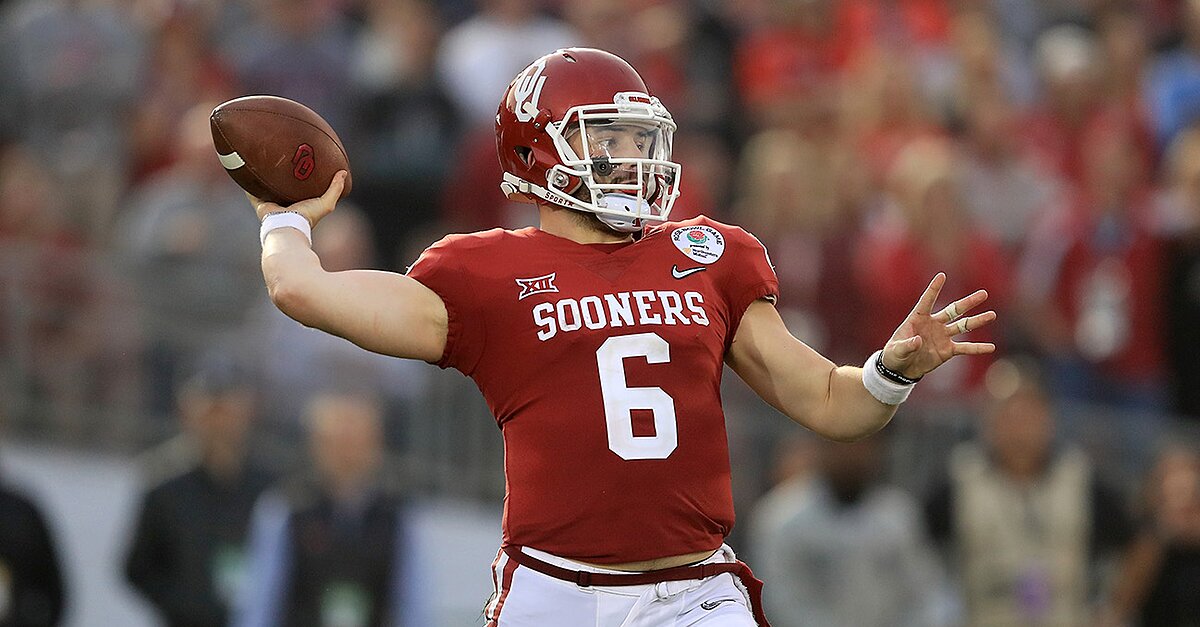 Before the NFL draft, some talent evaluators had former USC quarterback Sam Darnold as the most likely to be taken with the No. 1 overall selection.

But when NFL Commissioner Roger Goodell came to the podium, fans heard a different name come out of his mouth: Oklahoma quarterback Baker Mayfield.

Browns V.P. of player personnel Alonzo Highsmith explained to the team’s fans at the Pro Football Hall of Fame Luncheon Club what went into Mayfield’s selection.

“Then comes the part where you meet them off the field. You watch their workouts. You watch everything. And Baker blew me away. Highly, highly intelligent. Highly competitive,” Highsmith said, according to the Canton Repository.

“And he had a trait that some of the good ones have. I call it efficacy. That includes the power to effect other people. I thought that of all the quarterbacks I watched, he stood out far and above the other guys. When he walked into a room, you knew he was there.”

Another quarterback, Wyoming’s Josh Allen was also thought to be in the mix at No. 1. But it seems Cleveland could not get past one of Allen’s flaws.

“Baker Mayfield lost two receivers and he was the same quarterback. Josh Allen . . . big arm . . . he could throw the ball from here to the moon. When they have to make excuses. . . . Why are they not completing passes? That’s a problem,” Highsmith said.

Allen was picked by the Buffalo Bills at No. 7.