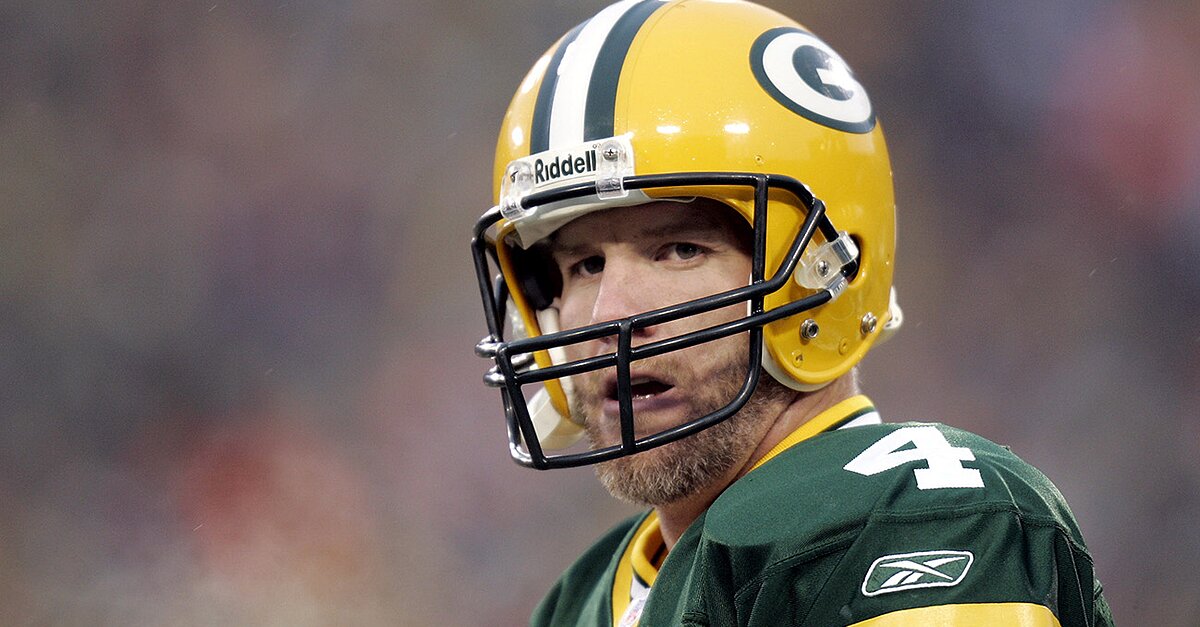 Quarterback Brett Favre discussed concussions and ending youth tackle football in an interview with the Daily Mail on Wednesday.

Favre has a Super Bowl ring and three NFL MVP awards to his name after 20 years in the NFL. While the 48-year-old has been retired since 2010, he is looking to prevent head injuries and chronic traumatic encephalopathy (CTE).

He talked about how the conversation around concussions has shifted since his playing days.

“You would never come out of the game for a concussion because nobody thought concussions were that bad,” Favre said. “It was a matter of toughness. You didn’t come out of a game because you were dinged, you saw stars, or fireworks are flashing — which are all results of a concussion, as we know now. Ear ringing, kind of like the dinner bell dining — ‘time to come eat’ — that should be a wake-up call: You just suffered a severe brain injury.”

He also remembered a time when former Packers coach Mike Sherman brought in former boxer Joe Frazier to talk to players, but Frazier slurred his speech and the locker room found it funny.

Favre supports legislation to end youth tackle football. He approves Illinois’ Dave Duerson Act to Prevent CTE — named after the Bears safety who died by suicide and was diagnosed with CTE — which would forbid anyone under 12 from playing tackle football.

“The state level is a start, but we have to adopt this plan and all do it together,” he said. “The body, the brain, the skull is not developed in your teens and single digits. I cringe. I see these little kids get tackled and the helmet is bigger than everything else on the kid combined. They look like they’re going to break in half.”

Favre, along with Kurt Warner and Abby Wambach, works as a spokesperson for Prevacus, which is a drug in its testing phase designed to treat long-term effects of concussions. The three are investors in the drug.