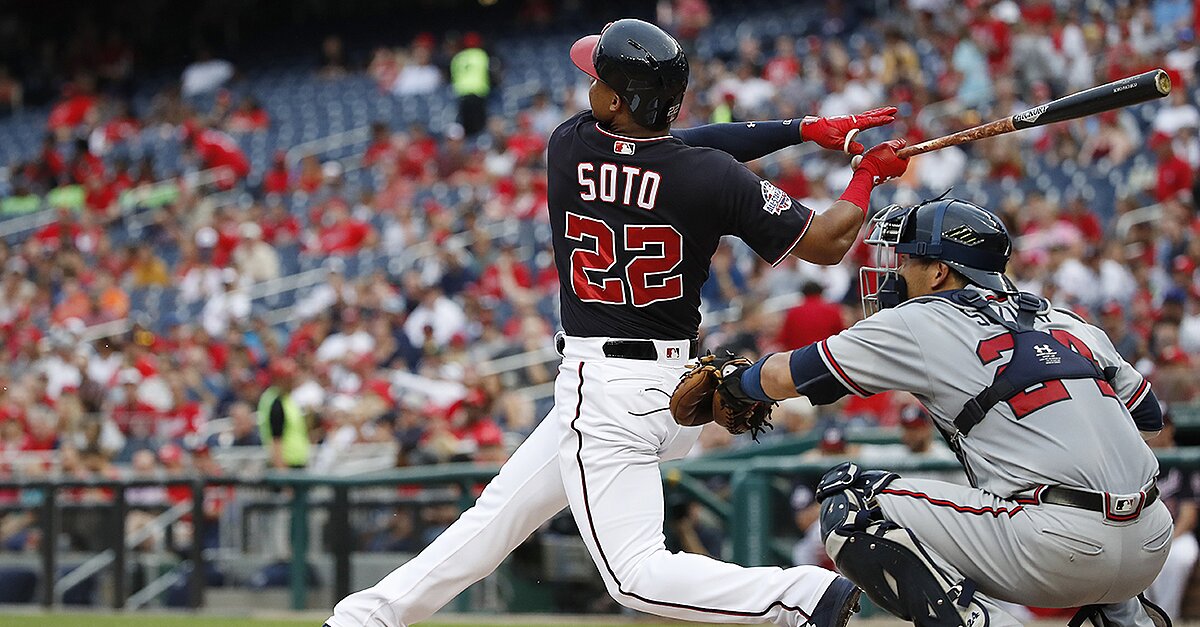 Atlanta Braves broadcaster Joe Simpson found himself backtracking on comments when he suggested that Washington Nationals rookie outfielder Juan Soto is not actually 19 years of age.

During the first game of Tuesday’s doubleheader, Simpson discussed Soto’s age when he came to the plate in the seventh inning.

Nationals general manager Mike Rizzo was not to pleased with Simpson’s comments.

“I had a definite reaction,” Rizzo told The Athletic. “I handled it face to face, privately with him. I believe he understood my stance on his comments.”

Soto ended up reaching base five times in the 8–3 win in the first game.

Simpson tried to explain his comments in the second game of the doubleheader.

“If you were with us in Game 1, you might have heard me make a comment off the top of my head about if he’s 19,” Simpson said. “Well, he is. He’s bona fide 19. And he is a full-grown man. He is strong. And he is one heck of a player. You might well just write his name in on the Rookie of the Year award right now.”

It’s not the first time that Simpson’s mouth has caused a stir in the baseball world. Last month, he ripped the Los Angeles Dodgers last week after calling “unprofessional” for wearing T-shirts for batting practice.