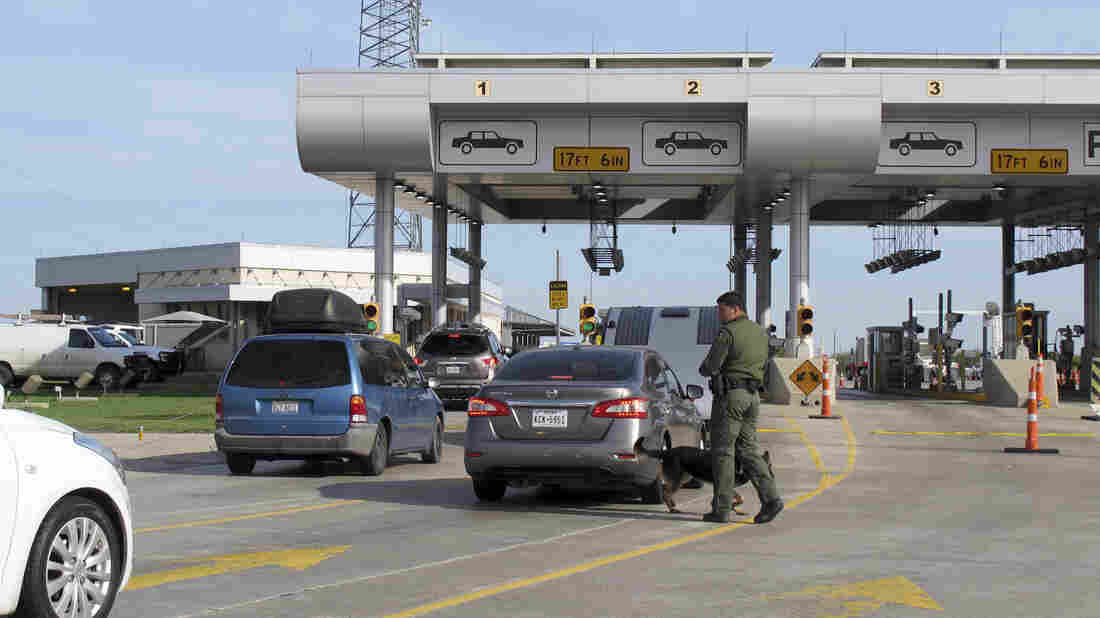 Vehicles wait for inspection at the Border Patrol’s Laredo North vehicle checkpoint in Laredo, Texas. A border agent killed an immigrant woman in Rio Bravo, near Laredo on Wednesday. The shooting is being investigated by the Texas Rangers and FBI. Nomaan Merchant/AP hide caption 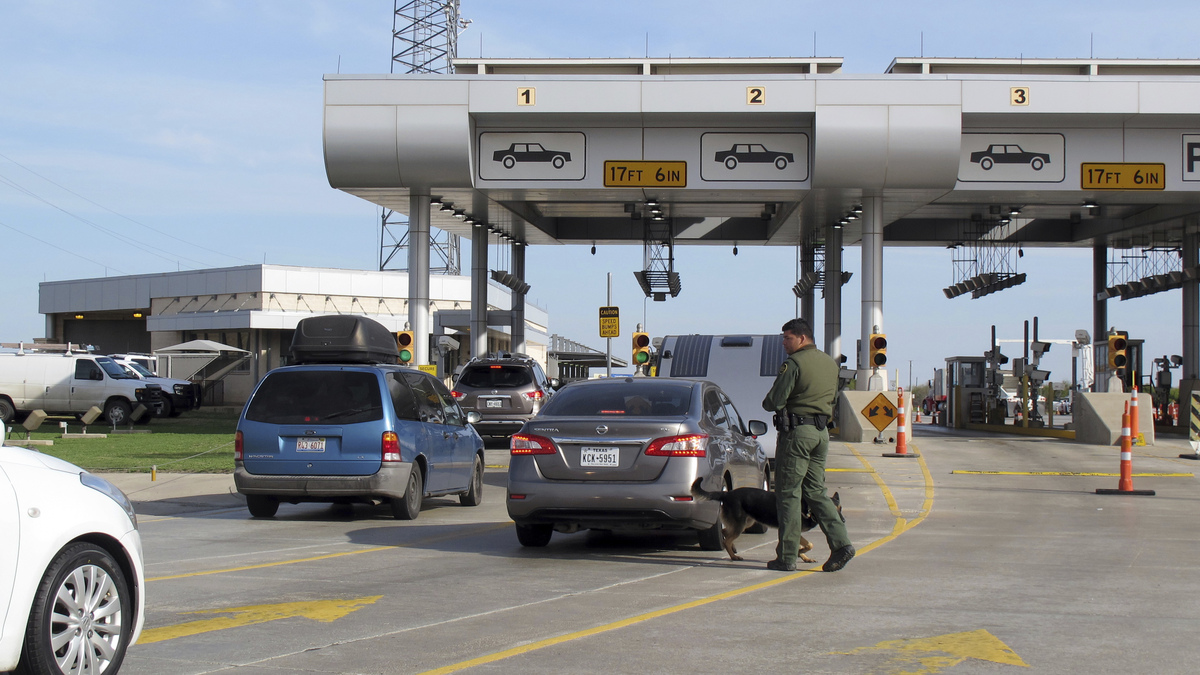 Vehicles wait for inspection at the Border Patrol’s Laredo North vehicle checkpoint in Laredo, Texas. A border agent killed an immigrant woman in Rio Bravo, near Laredo on Wednesday. The shooting is being investigated by the Texas Rangers and FBI.

The shooting death of an undocumented woman at the hands of a U.S. Border Patrol agent in Rio Bravo, Texas, near Laredo, Wednesday is ratcheting up tensions along the U.S.-Mexico border.

According to a statement released by Customs and Border Protection (CBP), a lone agent was responding “to a report of illegal activity by Centeno Lane…where he discovered a group of illegal aliens” just after noon.

“Initial reports indicate that as the agent attempted to apprehend the group, he came under attack by multiple subjects using blunt objects. The agent fired at least one round from his service issued firearm, fatally wounding one of the assailants. The rest of the group fled the scene. Border Patrol Agents called for EMS and administered first aid until the Rio Bravo Fire Department arrived.”

Three other migrants were subsequently apprehended. Neither the agent nor the deceased woman, who was shot in the head, have been identified.

The incident is being investigated by the FBI and the Texas Rangers.

A female witness who lives next door to the site of the shooting, Marta Martinez, recorded the aftermath of the killing and posted it on Facebook.

In the video, Martinez follows from a distance as an agent takes two detained men across a vacant lot and towards a Border Patrol vehicle.

“Why do you mistreat them?” Martinez shouts in Spanish. “Why did you shoot the girl? You killed her! They killed the girl! She’s dead!”

An unidentified Texas Highway Patrol officer approaches and tells Martinez that “you interfere, you’re going to be arrested. I’m just telling you.”

Martinez told The New York Times that she heard no sounds before the shooting, despite the fact that the incident occurred several feet away from her house. The victim appeared to be about 20 years old and the left side of her face was covered in blood, she added.

Local immigrant advocates are questioning the need for further militarization of the border.

She said her community is upset and angry over the shooting, and people worry whether the investigation will resolve anything.

“Our community really is in fear, we really think there should be accountability over Border Patrol agents,” she said.

In 2016, the Homeland Security Advisory Council looked into reports that border agents were not being held accountable for a rash of deadly shootings. The panel concluded, the “disciplinary process takes far too long to be an effective deterrent.”

Since then, Customs and Border Protection — the parent agency — has stressed training on agents’ use of non-lethal force and de-escalation techniques. Figures on the agency website show that “use of force involving firearms” dropped nearly 70 percent from 2012 to 2017. But it’s coming back. Agents used their guns nine times from October to March of this year, more than twice as much as the previous year.

Administration officials say that’s because assaults on border agents have spiked. Yet critics say the agency is playing with the numbers. In one incident in the Rio Grande Valley last year, first reported by the Intercept, six people threw rocks, bottles and branches at seven Border Patrol agents. By the Border Patrol’s tally, that added up to 126 separate assaults.

When asked if the agency’s math exaggerates the dangers out there, Cary Huffman, CBP’s chief of strategic planning, put it this way:

“If you had to dodge 126 different projectiles at you, you might think differently, would you not?”