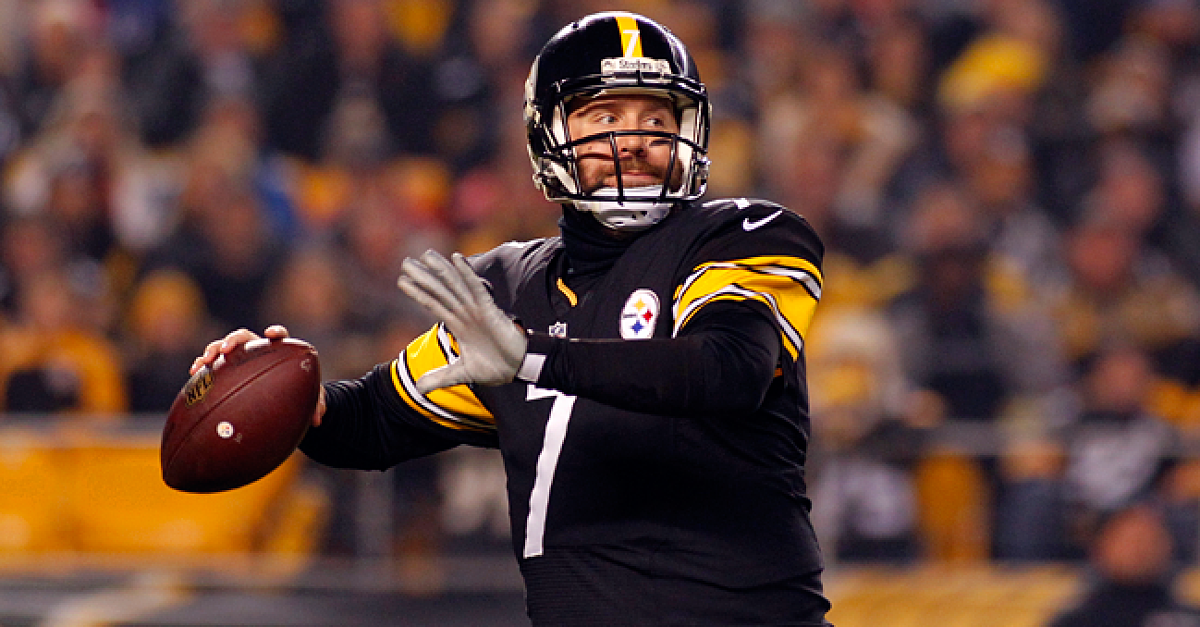 After another appearance in the playoffs, Pittsburgh Steelers quarterback Ben Roethlisberger said he is not concerned with landing a large contract when he reaches free agency in two years.

“I care about record-breaking Super Bowl wins and things like that — that’s more important to me,” the quarterback told ESPN on Sunday.

“I have two years on my contract. I’m not going to be one to sit here and worry about my contract,” said Roethlisberger. “That’s not my job. My job is to play football. I’ll let my representation, the Steelers worry about all that stuff. To me, it’s all about going out and playing now. I think there are a lot more, maybe a lot more important people who need to get their deals done now. For me to do it two years out, if it doesn’t make sense for the team, I’m not going to sit here and worry about it.”

Roethlisberger held a football pro camp on Sunday in Pittsburgh, where the 36-year-old taught youth players about teamwork.

In his 15th season, Roethlisberger is expected to sign one last contract extension with Pittsburgh. He signed a five-year contract in 2015 that nets him nearly $20 million per year.

“It’s important, too, to understand as quarterback of this team, sometimes you almost have to leave a little bit of money behind for other guys,” Roethlisberger said. “That’s not my job, that’s not my thing to worry about. That’s why I have agents.”

Pittsburgh currently has $5 million in cap space but will need to resolve an ongoing contract negotiation with Le’Veon Bell this summer.